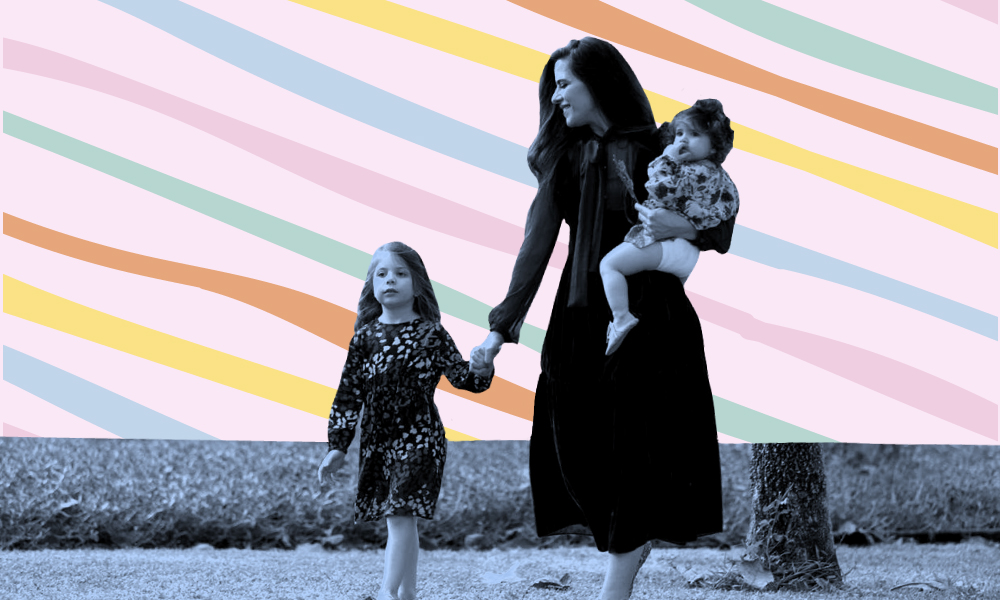 It is hard to raise children who are grateful and not entitled and Ivy believes that social media makes it harder for parents. Photo courtesy: Ivy Youssef

Sandeep, an Indo-Canadian occupational therapist with brown eyes, wavy hair and a tiny nose ring, is sharing her most personal experiences on Instagram, one detailed post at a time. The 38-year-old isn’t afraid to explore difficult topics: from postpartum depression to cultural setbacks surrounding mental health, she’s transparent about her life. Sandeep also knows what it’s like to endlessly scroll through other parents’ profiles and fall into the trap of feeling like she’s not good enough.

“All these moms look beautiful with beautiful children,” she told Re:Set. “It ends up being a comparison game.” She and her husband, Joseph, 38, a clinical administrator at a university, have two daughters aged two and four and live in Toronto.

Before becoming a mom, Sandeep occasionally used social media platforms like Facebook to stay in touch with family and friends and didn’t fully embrace social networks until much later. She briefly got off Facebook after she realized seemingly perfect updates from her network stressed her out. “I felt really bad,” she explained. She uninstalled the app from her phone. 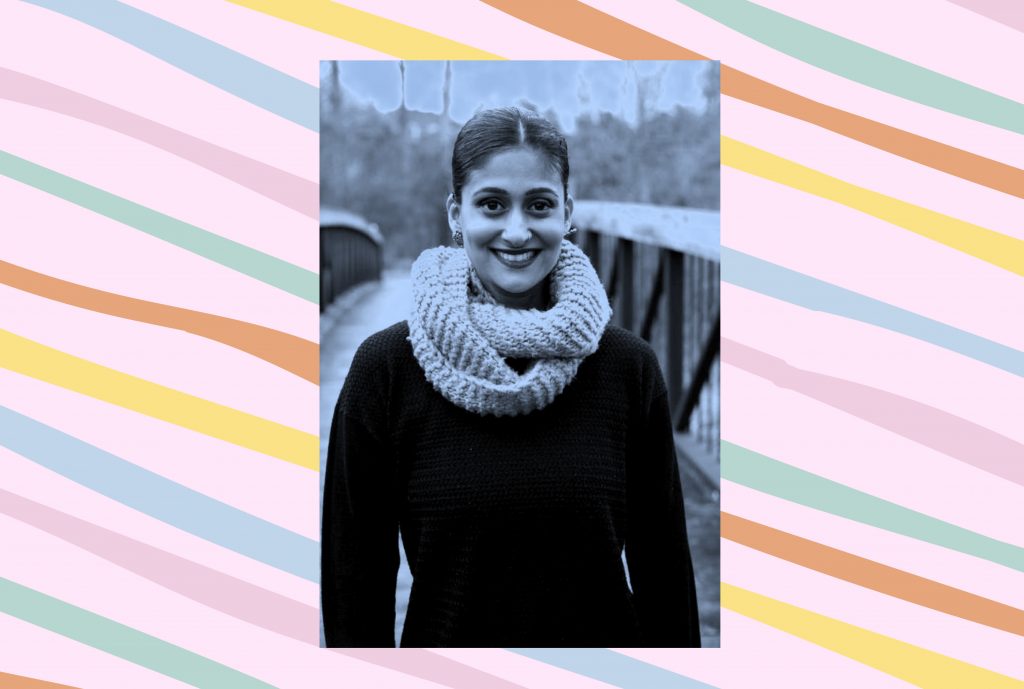 Being a perfectionist, sometimes Sandeep compares herself to other mom accounts. Photos courtesy: Sandeep

Years later, she created a public Instagram page in a bid to reach out to other women after she went through postpartum depression. “It [postpartum depression] can be different for every woman,” she told Re:Set. “I don’t think I fully recovered until she [her younger daughter] was a year and a half.” Sandeep’s experience prompted her to open up on Instagram, writing about normalizing breastfeeding, her coping mechanisms against depression and her relationship with her two children. While encouraging messages from other moms have motivated Sandeep, she’s also had to confront the pressure of being influential on Instagram, a highly competitive space filled with content creators. “I don’t have a photographer following me around,” she said. “I’m a bit of a perfectionist and hard on myself,” she added, explaining she occasionally gets bogged down about the number of followers she has and the quality of photos on other influencers’ pages.

“I don’t have a photographer following me around.”

Another parent, Philippe Morgese, 36, a single dad from Florida became famous online after hairstyling tutorials that featured him and his daughter, Emma, went viral. Morgese wanted to help other single fathers feel comfortable enough to work with their daughters’ long tresses and called the project, “Daddy Daughter Hair Factory.” He organized free training sessions at a local beauty school while adding videos and updates on Facebook and YouTube. However, off late, the father-daughter team have stepped away from social media because of its impact on their lives.

Also read: I Asked My Mom About Self-Care, Mental Health and Parenting

“My daughter and I have close to 120,000 followers and that creates some resentment from friends of mine that care about that kind of stuff,” Morgese told Re:Set. For him, social media posts often feel fake. “I believe it has given many of us unreal expectations. Many only share their highlights,  so when we find ourselves struggling, it often makes us feel like we are the only ones who do,” he added. 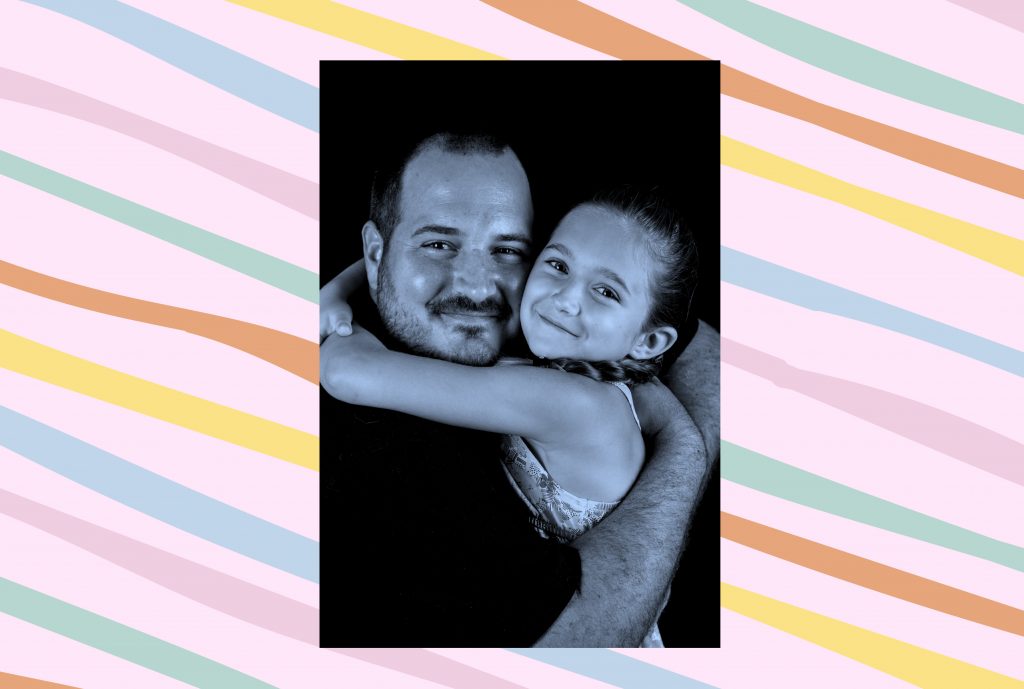 With over 100,000 followers, Philippe believes that social media can give many people unrealistic expectations of everyday life. Photo courtesy: Philippe Morgese

Melissa Hunt, Assistant Director of Clinical Training at the University of Pennsylvania who led a 2018 study on the link between social media and mental health, echoes this sentiment. “There are many studies out there showing a correlation or association between high levels of social media and higher levels of depression, loneliness and decreased well-being,” she told Re:Set. “Using social media encourages social comparison and makes you feel bad about your own life in comparison to the ‘highlights reel’ that other people post.”

Her findings indicate that limiting social media use may directly reduce depression and loneliness among users. As per Hunt’s study, restricting time spent on social media to 30 minutes every day may help a person’s well-being.

Hunt highlighted the massive impact of social media platforms on mental health. “In the old days, if someone bullied you in high school, they shoved you in the hallway, or whispered about you to their small friend group,” she explained. “Today, the whole school might see a viral rumor about you in the time it takes a few electrons to bounce.” She believes that the anonymity that social media platforms afford may encourage trolls to be even more vicious online.

“I often hear comments about how many likes I receive.”

In May this year, Instagram announced that it would be testing a new feature that would essentially hide the number of likes from users on the platform. For Sandeep, this development has its set of pros and cons. “I think it helps alleviate some of the pressure of comparison with other accounts,” she told Re:Set. She believes this could make it less stressful for content creators on Instagram, but can prove to be challenging for those who rely on the platform for sponsorship deals with brands. Their level of engagement without visible likes would be harder to gauge. Morgese would prefer being able to avoid being compared to others. “I often hear comments about how many likes I receive,” he said. “I’d actually prefer if we can hide that information; I think most of us would.”

Ivy Youssef, a 32-year-old Dubai-based Lebanese speech and language therapist, juggles the delicate balance between responsible parenting and creating engaging posts for her thousands of followers on Instagram. Youssef has two daughters, Liz, 4 and Kay, 1.

“Through social media, I got to connect with many talented and inspiring people, some even became friends,” she said. However, she believes that glitzy social media platforms can have a negative impact on her kids if she’s not mindful. Youssef received unkind comments on Instagram and after digging around, she realized they were teenagers. Instead of lashing back, she chose to respond with a kind comment. “It’s difficult to raise grateful children who are not entitled. Social media makes it 100 times harder, which adds pressure on parents.”

“It’s difficult to raise grateful children who are not entitled. Social media makes it 100 times harder.”

She also thinks it’s important for influencers to be more real online. “I do think it’s good to show some of the negative sides [of life] without invading privacy mainly for teenagers who now believe all relationships are perfect and everything comes easy.”

Hunt explained how social media interferes with our ability to create meaningful connections. “Spending large amounts of time on social media keeps you from having time to engage in other activities that foster self-worth and spending time with friends and loved ones,” she said. “Social media is here to stay.  We have to find ways to minimize the harm it can do and maximize the positive impact.”

Sandeep tries to go easy on herself when she doesn’t feel like posting something new and she also doesn’t share her kids’ identities online. While, Morgese has spoken to Emma about her social media preferences. “She has no interest in social media at this time, and she’s requested me to ask her before making a post about her,” he said. “More parents need to unplug and focus on building a relationship with their children before it’s too late. That’s what I’ll be doing!”

‘Where Are You Taking Us?’ The Struggles of Keeping Children Busy During Summer
Start Early. Teaching Boys to Respect Girls Isn’t Hard