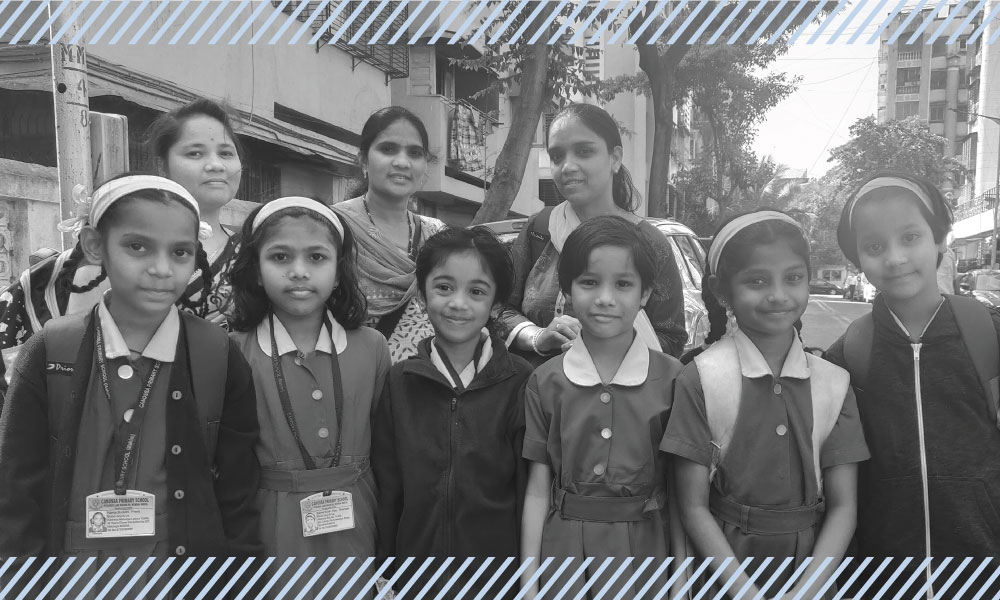 'We live in a patriarchal society, and because of an assumption made at birth, boys are given more resources.' (c) Reset Fest Inc, Canada

Growing up, whenever my parents would order takeout, especially chicken, they would force me to have the boneless piece or the much hallowed leg piece. Neither my younger sister nor I were big eaters, so I wouldn’t end up finishing the coveted item, but it’s the thought that counts.

In India, patriarchy, and not charity, begins at home. Sexism is ingrained into a young mind through these small incisions. It begins with the boy getting the perceived better piece of the chicken and this converts to larger issues, like which child gets to go on field trips, which one enrolled in an expensive school or educational program. I’ve heard similar versions of this story from many friends — both female and male —from various parts of India. Assuming that none of our parents are explicitly bad people, this is how patriarchy takes root and perpetuates culture. In a country with meagre means, it’s a culture of taking and giving.

Unsurprisingly then, the most recent edition of the Annual Status of Education Report (ASER),  focusing on early years, showed that there is stark difference in the enrollment pattern of girls and boys in the 4-8 age group across India.

The study by ASER found that girls are increasingly enrolled in government schools, while the boys in private. Illustration by (c) Reset Fest Inc, Canada

So, why is India letting its girls fall so far behind the proverbial eight ball?

Re:Set spoke with people working across different levels of the ASER team which was responsible for publishing the survey. Many clarified that these are their personal opinions based on their field experiences, as when collecting data, they don’t look for the cause of an issue. “It’s assumed that private schools provide better education, and boys are favoured over girls in our country,” Ranajit Bhattacharya, general manager of ASER, told Re:Set.

Setu Lamba, a research associate at ASER who worked on the ground conducting the study believes that discrimination manifests in multiple ways, all posing various types of hinderances to the girl child. “This [discrimination] is especially prevalent in the BIMARU (Bihar, Madhya Pradesh, Rajasthan, Uttar Pradesh) states, where it is perceived that [educating the girl child] won’t provide as much return on investment as a boy’s education,” he told Re:Set. “Another factor is proximity of good schools, as parents are comfortable sending boys further than girls, thinking about security.” Lack of period infrastructure too keeps menstruating adolescent girls away from schools, near and far.

According to Nimisha Kapoor, programming lead at ASER and a senior researcher on the study, the answer is simpler, “We live in a patriarchal society, and because of an assumption made at birth, boys are given more resources.”

Many times, the aforementioned resources are allocated to pre-primary education of children between the ages of 2 and 4. According to the report, only 12% of children from anganwadis (government run rural child care centres) can complete cognitive tasks like seriation, pattern recognition and puzzles, compared with 23.4% of those in private pre-schools. And, only 14% of children in anganwadis can recognize letters as opposed to 52.9% in private pre-schools. The disparity then moves to grade one, and the cycle continues.

Commenting on the accuracy of the above-mentioned dissonance, Srishti Paliwal, a former  program manager at Teach For India, lamented that she sees it everyday in her classroom, linking it back to allocation of resources between government and private schools.

“We live in a patriarchal society, and because of an assumption made at birth, boys are given more resources.”

Fascinatingly, this is the exact period in a child’s life where they should be treated equally, so they treat others equally upon growing up. One study indicates that children develop a sense of self around the 18-month mark. That’s when they “begin to actively engage in information seeking about what things mean and how they should behave.” That process also includes their perceived gender and adoption of gender-normative behaviour and stereotypes like boys liking blue and girls liking pink. These ideas of gender then are hard-coded between the ages of three and five.

To tout the march towards equal education in schools, the policy branches of the Indian government over the years point to schemes, which aim to reach the “hardest to reach” girls in the country, prevention of female foeticide and infanticide, education of the girl child, and a conditional cash transfer scheme to families to encourage them to raise a girl child and educate her.

However Vijaya Jhadhav, who runs a private school for low income households in the outskirts of Pune, Maharashtra, disagrees with the effectiveness of the schemes in helping achieve equal opportunity. “No [the schemes] don’t work, as it doesn’t address the root of the problem. I see this happen in my school, where despite a girl scoring well in grade 10, she isn’t supported by her parents to pursue better opportunities,” she told Re:Set. “The same parents then support boys despite them scoring less.”

Most significantly, Indian girls consistently outperform boys in exams despite the lack of resources. Imagine the effect then, on the Indian workforce, if the radical notion of providing its better performing students with more resources is widely adopted.

How This Teacher is Transforming Public Education in Nigeria
All Work and No Play? Why Schools Around the World Are Cutting Back on Homework

Why are India’s Girls Being Enrolled In Government Schools and the Boys in Private?