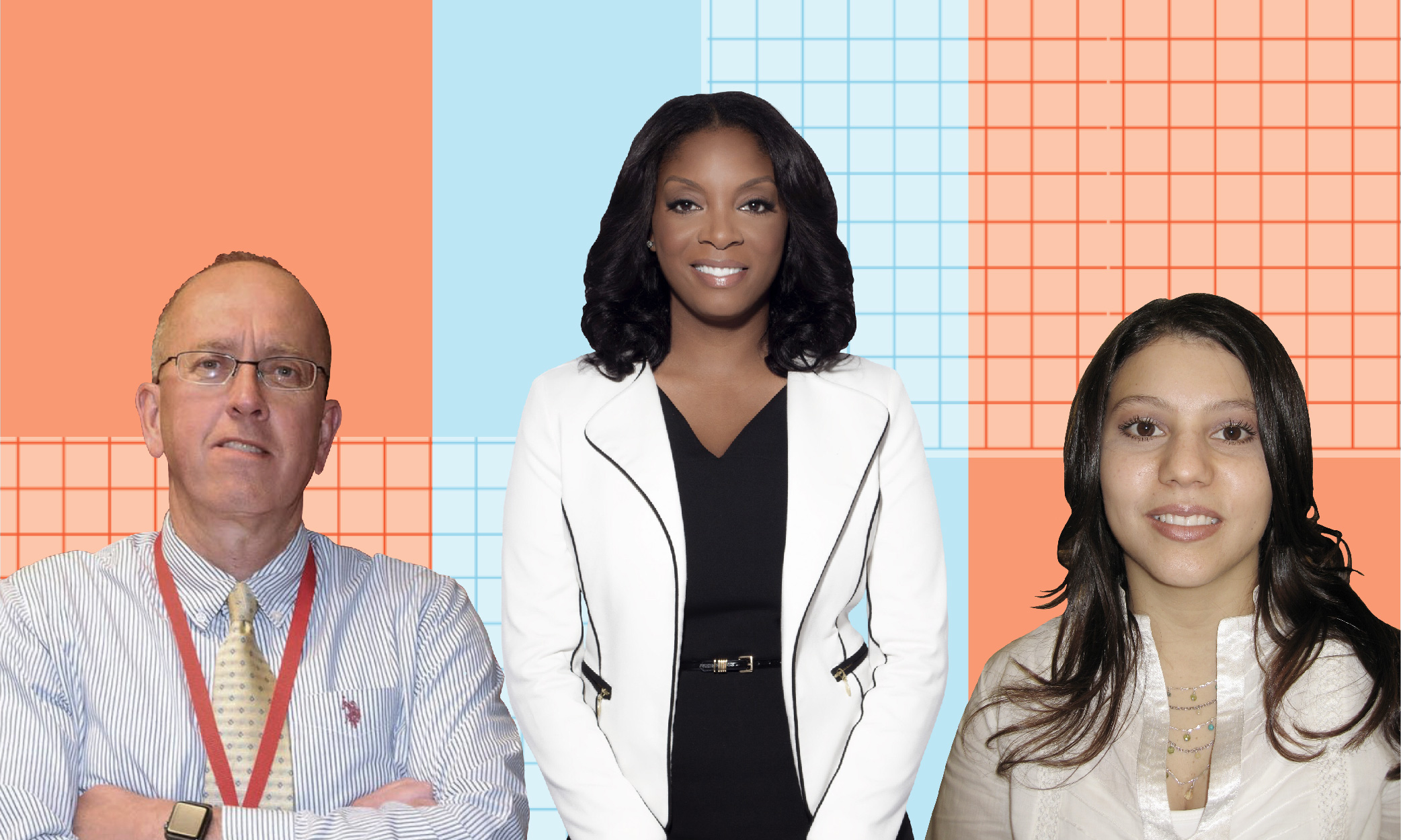 Doug Kittle has spent the last 18 years of his life as the principal of Aurora High School in Nebraska, United States. In this time, he has had to deal with circumstances ranging from budget shortfalls to the deaths of students and staff. Now the COVID-19 pandemic and the lockdowns that followed have brought with it a new set of problems.

“Last spring when we moved to 100% remote learning, the stress level was like nothing I have ever experienced as a school administrator,” Kittle told Re:Set. “We were immediately faced with many challenges, including the total loss of local control,” he added, referring to the sudden shift from campus learning to remote learning.

Even before the pandemic, a study conducted by the National Association of Elementary School Principals in the United States found that nearly 75% of principals experience “stress related symptoms including fatigue, heartburn and depression.” The Australian Principal Occupational Health, Safety and Wellbeing Survey found that nearly 50% principals surveyed said they work 56 hours per week compared to the average standard 40-hour work week.

“I opened a school to close a prison,” said Dr. Nadia Lopez, the founding principal of Mott Hall Bridges Academy (MHBA) in Brownsville, New York. Students from largely underserved communities that have high incarceration rates and unemployment are enrolled in the school. In 2015, a viral Humans of New York (HoNY) interview with Vidal Chastanet, one of Lopez’s students, put her school in the international spotlight. 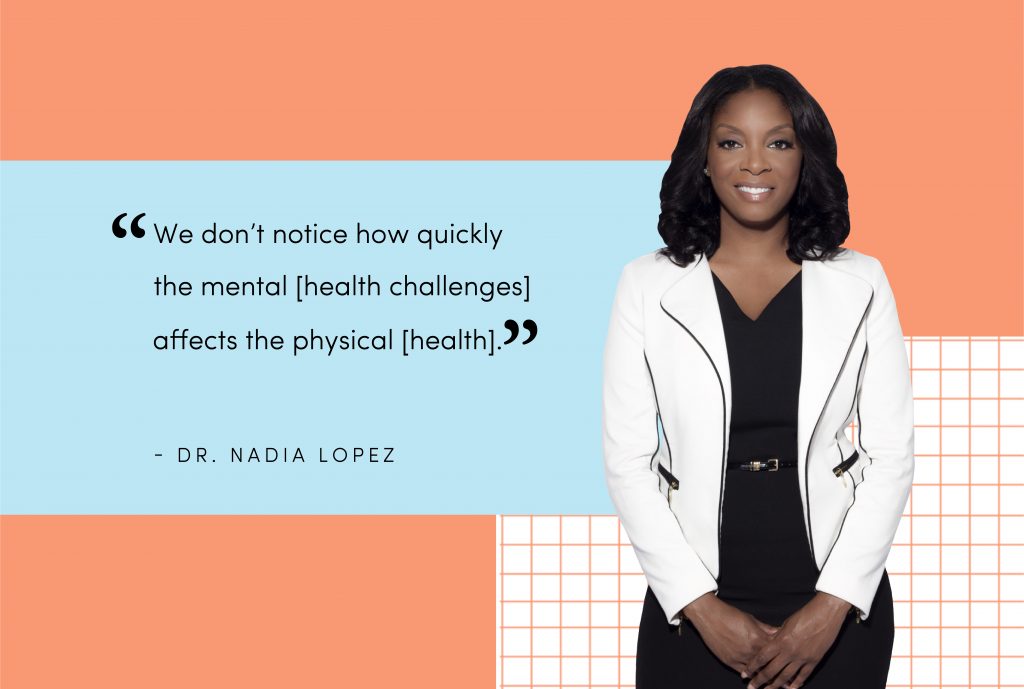 “Before Vidal’s interview, I was in a very stressful place,” Lopez told Re:Set. As a single mother and senior school administrator, she was constantly burned out and unable to spend enough time with her daughter despite best efforts. She was also dealing with scarce finances for her school, and considered resigning.

Soon after the interview, a fundraiser by HoNY for her school raised over $1 million USD.

“After the fundraiser, my burnout only increased,” she said. Now equipped with the money the school desperately needed, she had to put in more time and energy to make sure it went into opportunities and experiences she always wanted MHBA students to have. But that came at the cost of always putting herself and her well-being second. “We don’t notice how quickly the mental [health challenges] affects the physical [health],” Lopez said.

She got diagnosed with a kidney disease which forced her to take an extended sick leave in 2019, most of which was unpaid. The death of an immediate family member and disagreements coupled with a lack of support and red-taping from the school board further took a strain on her health. Her stress levels rose and she felt fatigued. Her doctors also noticed her health would worsen the more involved she got in school activities.

“I lost balance in my life,” she said. She finally resigned in July last year — amidst the pandemic — to prioritize her health and well-being.

Her situation echoes with principals across the globe.

“It is difficult not to take things personally.”

The National Association for Secondary School Principals (NASSP) conducted a research project in 2019 and 2020 to understand the high turnover rates among secondary school principals. Their findings showed that 22.8% of principals considered quitting their jobs under the pandemic due to deteriorating physical and mental health.

“To see students and families struggle academically and emotionally with remote learning was difficult to handle,” Kittle said, adding that he was thankful for the support and help he received from his staff, administration and family.

The mental health of principals taking a toll due to concern for their students safety and happiness is something educators have dealt with over the years.

“It is difficult not to take things personally,” Lisa Leoni, principal of Regency Acres Public School in Toronto, told Re:Set. “I often go to bed thinking about students, their family circumstances and their well-being.”

For Leoni, inclusion and ensuring the well-being of all her students impact her personal mental health significantly. Each time she learns of the problems her students face, she stays awake well into the night, writing down next steps and ways to mitigate the issue. However, this affects her sleep cycle. “In this role, you never stop working,” she said.

The NASSP research data also showed that the decision around the reopening of schools weighed heavily on many principals, since it often meant putting the lives of staff members and students at risk.

But many principals are finding ways to help support themselves and their peers.

After resigning from her position, Lopez has been redirecting her efforts by providing a safe and open environment for school principals and administrators through support groups. “I want to let them know that they don’t have to kill themselves to do the job,” Lopez told Re:Set.

Also read: The Re:Set Guide: How Schools Can Support Teacher Wellness During COVID-19

Kittle has found strength in the community as well. “Jen McNally, Director of Mental Health and Wellness from the U.S government’s Educational Service Units, made us all realize that for us to be effective educators we need to take care of ourselves first,” he said.

The pandemic coupled with learning about his father’s cancer diagnosis has made him introspect and be grateful for his support systems.

“The last 11 months have not been about whether my cup is half empty or half full, it has made me thankful that I have a cup,” he said.

Competing With Instagram and Snapchat: How Educators Are Navigating Hybrid Learning
How Storytelling Sessions Are Tiding People With Special Needs Through COVID-19

‘Lost Balance in My Life’: How COVID-19 Has Impacted the Mental Health of School Principals