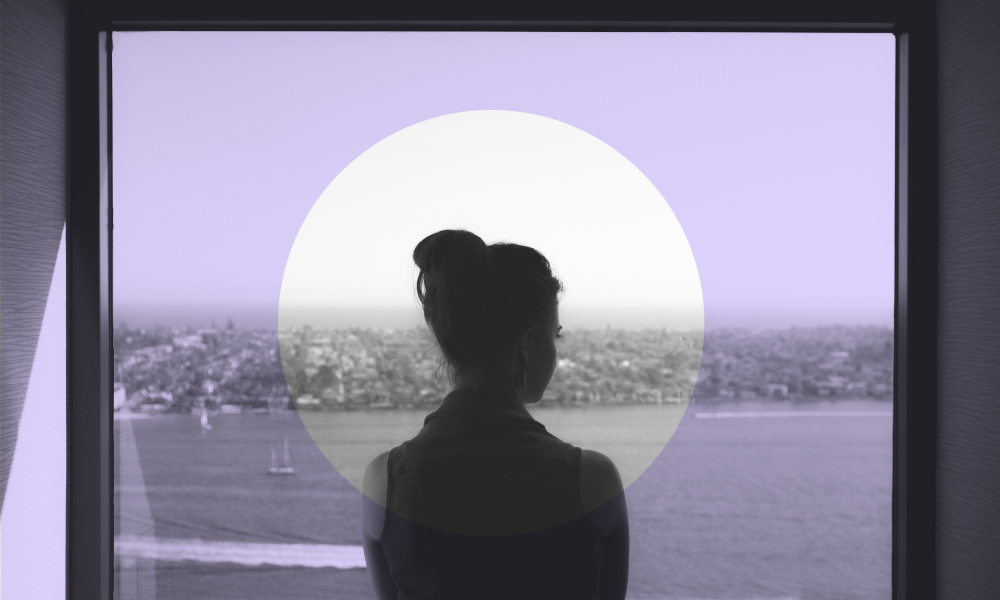 "The baby was a part of me and I can’t get away from that." Photo courtesy: Unsplash

It all changed on April 7th this year. I was pregnant with my second child and had undergone a prenatal test before moving into my second trimester. That day we found out the baby is affected by thalassemia major, a genetic blood disorder where the body doesn’t produce enough red blood cells.

My husband and I are thalassemia minors, and it doesn’t affect us in any way. But when both partners have it, the mutation can be passed onto the child. For both of us, it was very clear from the onset that should our child be thalassemia major, we wouldn’t go ahead with the pregnancy. The child would come out in a compromised state, require monthly blood transfusions and a bone marrow transplant to stay alive. It’s a terrible life, and in India we don’t have the infrastructure to support thalassemic children. Our doctors recommended us to not have the child too.

More importantly, we knew that this would be a huge disservice to our 3-year-old son as we would have to park away energy, time and resources for our second child.

So with a heavy heart, we terminated the pregnancy on April 9th, my mother’s birthday.

All this happened as COVID-19 was unfolding in India. Doctors weren’t allowing people in hospitals except for major surgeries, so we had to have the procedure in the midst of an environment when people didn’t want to touch anyone. I went in worried sick about bringing the virus back home to my young child and my in-laws.

Initially, I thought the termination wouldn’t affect me much, as I felt I was mentally prepared. But even though you can process it intellectually, when it actually happens and the gravity of the situation hits you, it hurts — a lot. Especially when you’ve planned for a pregnancy like we had.

The days that followed were difficult.

I had trouble sleeping or resting. I would think about the baby all the time and start crying and go through all my reports and sonograms over and over again. My health had deteriorated during the second pregnancy, with really bad nausea and vomiting, but after the abortion it just became worse. I was having bouts of dizziness, migraines — which still persists — and panic attacks. The pandemic cut off my support system too. I couldn’t even meet my parents and sister, as they’re based out of India.

I couldn’t get away from it physically too because of the lockdowns and fear of catching the virus. I couldn’t meet anyone or go for a walk in the park like I used to. So, I just roamed around the house like a zombie.

“I had trouble sleeping or resting.”

I was told to get started on antidepressants for some time, but my parents and friends advised me against it, as they were scared I’ll develop a dependency.

Oddly, and I don’t remember exactly why, one night I just ended up in the kitchen, and started baking with a vengeance. I went in the next night again and the night after. Then I started doing it during the days as well. When my son would nap in the afternoons, I’d bake healthy cakes, creating recipes on the go. Our home was suddenly full of tea and cinnamon cakes. My mother-in-law was worried, thinking I was doing too much, not sleeping enough. But I couldn’t slow down. At the end of the day, I’d tire out and fall asleep.

“Each time I see a newborn, my eyes still well up.” Photo courtesy: Unsplash

So, I just started putting all my energy into baking, and then cooking. I didn’t know what else to do, or even think about. It tired me out enough to sleep and kept me distracted and away from what I had lost.

I had to look after my family too. My in-laws are older and in the vulnerable category for COVID-19 and my son is so young. Taking care of a child is a full-time job and along with household chores, I started having packed days again.

As I was getting back up on my feet, I started posting pictures of my baking on social media. Slowly and steadily, people started liking my posts, and commenting on them. Some even said they had tried my recipes at home, and that their kids really liked it.

So I thought of sharing more, and on October 7th, exactly six months after I found out I was losing my baby, my Instagram page was born, where I post more of my recipes, and people can try them and share their feedback.

Although it has gotten better, each time I see a newborn, my eyes still well up. As a friend once put it, grief never really goes away, but its edges do get softer with time.

I’ve realized that regardless of whether people ask me about it or not, this period is always going to be a part of me. The baby was a part of me and I can’t get away from that. I just have now learned how to live with it.

As told to Parthshri Arora

Also read: Parents Open up About Losing a Child and Grieving: ‘Her Memory Lives With Us’

Mind Your Language: How Words Can Impact Your Child
Trolls, Fame and Money: What It’s Like Parenting a Child YouTuber

How This Mom Steadied Her Ship After Terminating Her Pregnancy