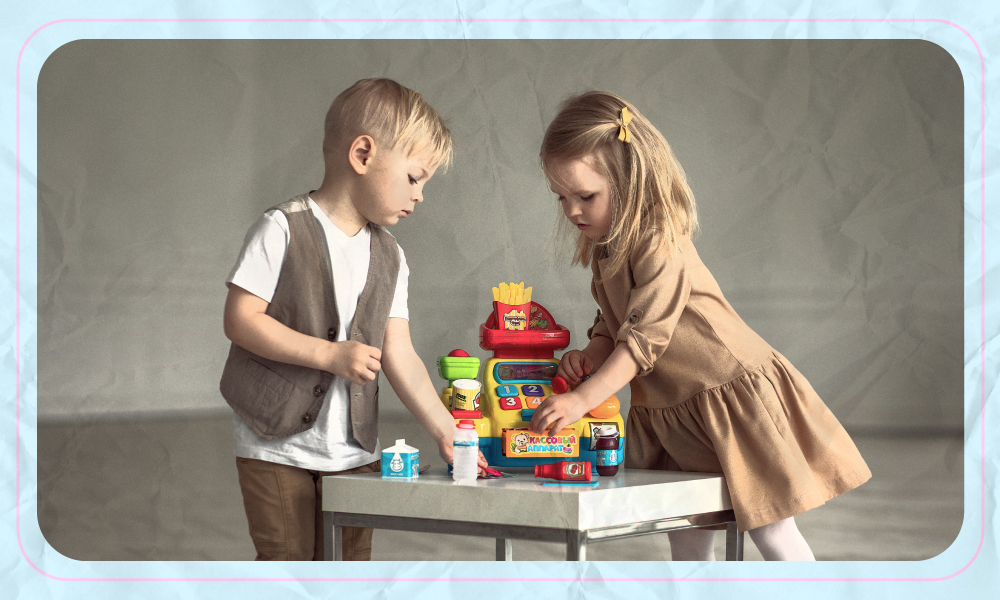 Our personal biases can harm and influence children. It’s crucial to be mindful about what we say and do around them. Photos courtesy: Pexels

In March last year, Finansforbundet, the Finance Sector Union of Norway, carried out a social experiment to find out children’s views on gender inequality. The kids were given candy for their hard work, but the boys were handed out bigger quantities compared to the girls. They weren’t happy with this and voiced their discontent. One boy commented, “She was just as good as me, so we should get the same reward because otherwise, it’s unfair.”

Kids have their own way of looking at the world and are highly perceptive. They understand right and wrong purely based on what they see, but they’re also extremely impressionable. It’s essential to reinforce ideas of gender-equality in kids early on to ensure that they grow up to respect others. Here’s how we can teach our sons to grow up to be thoughtful, considerate men who support gender equality.

Be a good role model

It’s essential parents practice what they preach. Your son will pick up things he observes at home. For example, if he hears remarks that objectify women, he’s bound to get influenced. Or if his father always sticks to certain household chores such as lifting heavy boxes and his mom is always responsible for activities like cooking, he will assume those are gender-appropriate activities by default. Children often idolize their parents and older siblings, which makes it important for them to be responsible role models. Incorporate a balanced approach and make sure you swap chores often to keep things fair in the house. Respect other people and encourage your son to do the same. Teaching your child to treat men and women equally from the start will benefit him in the long run. Encourage good habits such as being expressive and talking about how he feels, learning to dismiss generic statements such as “don’t run like a girl,” and speaking up when something bad happens such as when a man humiliates a woman on a TV show. 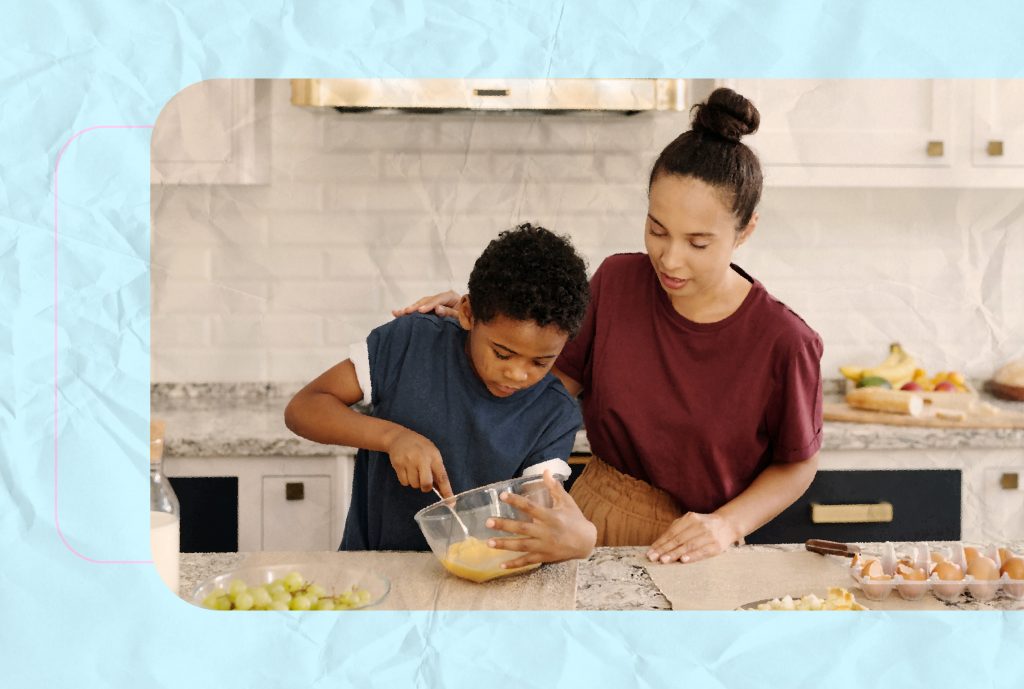 It is important to lead by example and show your kids that people can do all kinds of chores irrespective of gender.

Do maintain a home environment that’s positive and full of good vibes. Don’t encourage name-calling and correct your kids if you hear them making a hurtful comment. Encourage them to compliment others and talk about inner beauty and values such as kindness, empathy and honesty. Role-playing games are great for sensitizing your child to the idea of a gender-inclusive world. For example, card games that show men and women excelling in the same career choices (such as medicine) are a great idea because they help children understand that everyone can succeed at all kinds of jobs. It’s also important to approach traditional stories carefully and avoid subconscious gender bias. For example, while reading fairy tales such as ‘Cinderella’ or ‘Rapunzel,’ we must work towards using language carefully and explaining that women are strong enough to “save” themselves too. As for toys, make sure the kids are free to choose whatever they want to play with and place trucks, memory puzzles, dolls, cars around each other instead of carefully segregating them. Also, avoid traditional colour schemes such as blue for boys and pink for girls to avoid preconceived notions at home.

Sit down with children and explain to them what gender inequality is and why they should avoid falling into that trap. Make sure they know what bullying and harassment mean. If they come to you with stories of gender-related bullying from their peers, tell them it’s wrong and that they should not support it.

You must also talk to them about stories of gender bias in the media and make the concepts of right and wrong clear. Encourage them to ask questions on this topic and be patient with their queries. When they’re about to start school, ensure that you talk to them about respecting girls and never discriminating against their classmates. Be transparent about things they shouldn’t do such as commenting on a girl’s physical appearance. While it’s impossible to always protect children from sexism and bigotry, it’s possible to raise them as respectful, considerate and well-informed individuals. Cite good examples of strong role models such as Emirati fighter pilot Mariam al-Mansouri and reinforce the idea that both boys and girls are capable of doing anything they want to do. Tell them that everyone has the right to play sports, get an education and choose a career they’re passionate about.

Do expose your children to films, music and cartoons that encourage gender inclusivity instead of negative stereotypes. Some examples worth considering are “Wall-E” which has a strong female character called Eva, “The Incredibles” which features both strong male and female characters and “The Powerpuff Girls” featuring three female superhero sisters. It’s also possible to tweak fairy tales while narrating them to children to make them gender-inclusive. Consider completely switching to more contemporary options such as “Sleeping Bobby” and “Little Granny Quarterback.” The key is to help children retain their concepts of equality and ensure that they’re not brainwashed by negative examples and gender bias in popular culture. 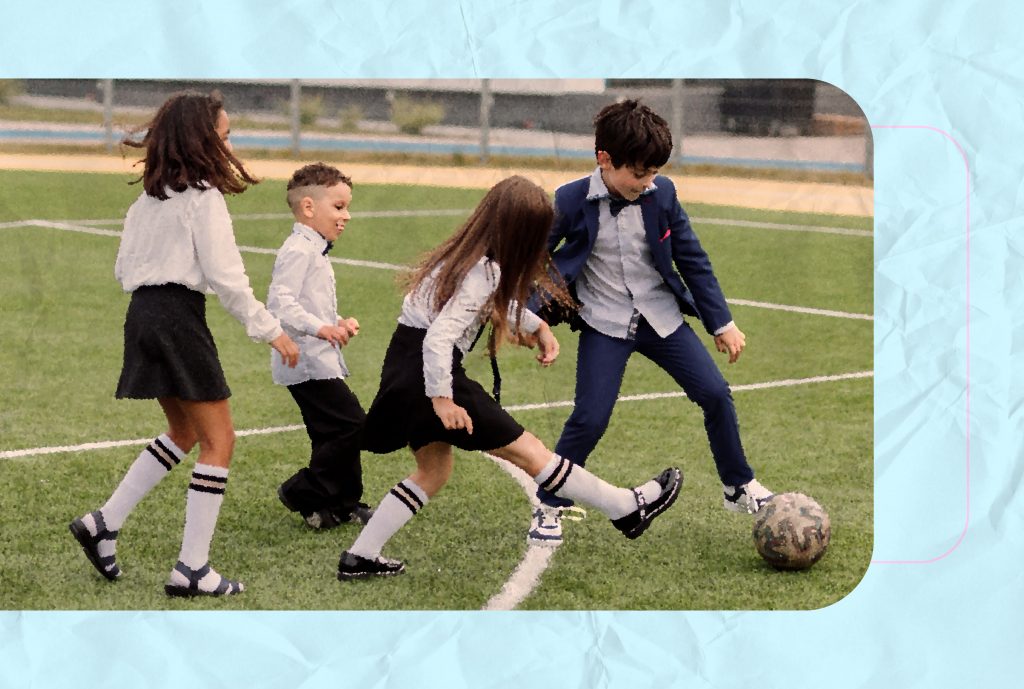 Ensure you actively don’t partake in gender stereotypes and allow your sons to mingle with kids of all genders.

Say no to stereotypes

Encourage your children to pursue hobbies that interest them whether it’s football, music, dancing, knitting, creative writing or reading. Make all activities gender-inclusive and enrol both your son and daughter into classes such as skating or tennis lessons. Your kids will grow up believing that men and women can be successful in all kinds of fields and that there are no restrictions. Don’t simply use adjectives such as “beautiful” to describe a girl and “strong” to talk about a boy. Choosing your words carefully will make all the difference in the world. We should never say something damaging like “boys don’t cry,” because children can be easily influenced by something like that.

Our personal biases and stereotypes can harm and influence children. It’s crucial for us to be mindful and to be extra careful about what we say and do around our kids. A positive and healthy environment can help in raising considerate boys who treat girls with love and respect.

Remember to constantly work on creating a healthy space for your son and encourage him to ask questions. Correct his mistakes and appreciate his good choices. Your words and actions will go a long way.

Dr. Lkorchy is a psychologist at the German Neuroscience Center in Dubai, UAE.

‘A Comparison Game:’ Parents Talk About Social Media’s Impact on Their Mental Health
The Rollercoaster Journey of Parenting While Living With a Chronic Illness