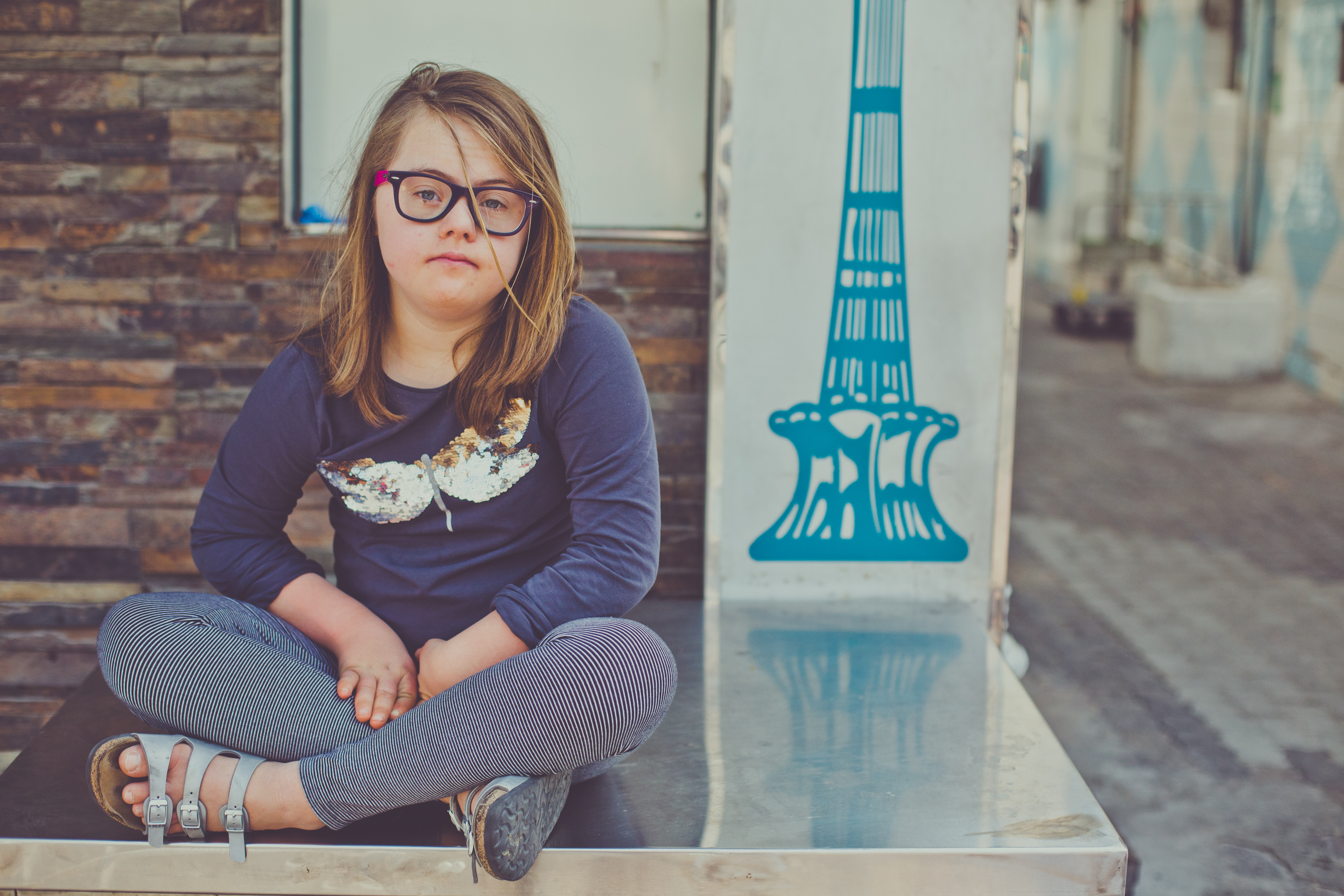 “I felt like the roof caved in,” Hanifa Saleem, a bespectacled and soft-spoken mother of two, described the time her son was first diagnosed with global developmental delay. She spoke slowly, switching to her native tongue, Urdu, while recollecting difficult moments like reviewing her kids’ medical reports and tackling loneliness as a parent of children with special needs. “You are not aware of what fate has in store for you.”

Originally from Pakistan, the 57-year-old has lived in the United Arab Emirates for nearly four decades and has grown accustomed to her adopted home. Many members from her extended family also live in the country. Her son, Nadeem, 36 is employed at Jumeirah Creekside Hotel as a laundry attendant while her daughter, Nilofar, 33, works at Emirates NBD bank as a cash services processor. Both of them have global developmental delay, a condition that may delay growth and affect certain motor and language skills along with other functions. While the intensity of symptoms vary for each child, it is estimated to affect 1 to 3 percent of kids below the age of five.

Every family with children of determination has a unique story to tell. For Mark Arnold, 54, raising his son, James, a teenager with cropped dark hair and a fondness for lemonade and cake, has been a rollercoaster ride. When the 16-year-old was first diagnosed with autism as a baby, Mark and his wife, Clare, didn’t know how to react. James’ older sister, Phoebe, was 2-years-old at the time.

“All families that have a child with special needs face a choice.”

They were scared for James and fretted over what to do next. Over time, they taught themselves more about his diagnosis, turning to different resources like books on autism and documenting their experiences in a blog. “All families that have a child with special needs face a choice,” Mark told Re:Set. “Are they going to let their child’s diagnosis be the defining point of their lives, and spend the rest of their lives angry, depressed and bitter about that? Or are they going to accept their child for who they are, all the wonderful things they can still do, and use their experience to help others?”

In order to help James, Mark and Clare turned to other parents, swapping their experiences with them. “Talking to other people who have children with special needs has been just as helpful as reading books,” Mark told Re:Set. “Their journeys have helped us on ours, and enabled us to help others in turn.”

According to UNICEF, credible statistics that examine the prevalence of disabilities in children across the globe are not easily accessible to the public. The discrepancies in data and ground reality makes it hard to gather information, especially in developing countries, and put in place accommodations and inclusion strategies to help people of determination.

Additionally, the 2006 UN Convention on the Rights of Persons With Disabilities states that all kids should be allowed basic rights like their neurotypical peers and that there should be no discrimination. “In all actions concerning children with disabilities, the best interests of the child shall be a primary consideration,” it reads.

“Raising these children is really a hard job,” Hanifa reflected on her parenting journey. “It’s sometimes so hard that you cannot cope.” More than thirty years ago, Hanifa and her husband struggled to find resources to educate themselves when they realized something was amiss. The only way we educated ourselves was through the [medical] centers,” Hanifa explained, adding there were limited options to choose from. “The people in those centers were very kind. They gave us books and CDs.”

Hanifa went through a long period of isolation and depression as her kids were growing up.  “I always felt like I was different from everyone else,” she said. “Nadeem was [hyperactive]. I couldn’t send him outdoors to play with his peers or run around with him myself,” she said. “These limitations were killing me. My behavior and attitude suffered as I constantly fought my conflicting thoughts.”

Her source of strength was her family. “My husband and in-laws helped around the house, taking care of daily chores which let me focus on the kids,” Hanifa said. She handled her kids’ homework, concentrating on functional training including honing their motor skills and met with teachers regularly to discuss their progress. While Nilofar went to Al Fajr school in Ajman, Nadeem couldn’t adjust at the same school and was often jittery. After experimenting with a few schools, he was eventually enrolled at Al Noor Training Centre for Children With Special Needs where he was taught life skills among other things.

Hanifa, overwhelmed by her circumstances, joined Special Families Support (SFS) around 18 years ago where she found a close-knit community of parents in similar situations. SFS is a support group in Dubai that was started in 1999 by Gulshan Kavarana, a parent of a child of determination, Zara. “Joining SFS was probably one of the best things that happened to me. After I became a part of it, my depression and loneliness faded away,” Hanifa said. “Joining a support group made me realize I’m not alone. There are many like me.”

For Hanifa as well as Mark and Clare, being part of a larger community of parents of children of determination has been a huge source of comfort, making it easier to find ways to help their children and take care of their own mental health.

“Joining a support group made me realize I’m not alone.”

James and his family reside in Bournemouth, a coastal town in England. “No two days are the same. There are highs and lows to special needs parenting, and you get used to both,” Mark explained. “Just when you think you’ve got everything understood, you realize that you don’t actually know anything at all.”

The family suffered a setback in 2017, when James was diagnosed with epilepsy and refused to leave the house, gripped with anxiety after the diagnosis. Recent changes at his school including a different teacher and a new classroom added to his woes. “He was only able to manage a couple of steps outside of the house during this time and it was heartbreaking to see him struggle,” Mark said. They worked actively on increasing his confidence, using strategies such as putting delicious snacks on the table outside their home to encourage him. The family also worked with professionals from the Children and Adolescent Mental Health Service (CAMHS), a healthcare service provided by the UK government, to people of determination to help manage their mental health.

“The behaviour shown by a child with special needs isn’t because they are naughty, but is a response to sensory overload, or struggling to cope, or feeling unwell,” Mark emphasized. According to him, it’s important to ask a child simple questions like, “How can I help?”

Stephanie Hamilton, a Canadian mom in her early 40s, gave birth to her daughter, Ruby, in Abu Dhabi twelve years ago. “There were questions during my pregnancy, but during the 3D scan, Down syndrome was ruled out by 90 percent,” Stephanie told Re:Set. However, Ruby was diagnosed with Down syndrome after birth. In 2019, doctors told Stephanie that Ruby also has autism.

“I’m not sure if we really wish for the difficulty, heartache, frustration and pain that can come with the isolation of being a parent of a child with different abilities,” the mom of three daughters said. She added it would be wrong to deny that the experience has also given her some of the greatest gifts in her life. “To be Ruby’s parent requires great resourcefulness and patience,” she explained. “From gaining ninja-like reflexes to having educated myself on the rights and laws of education and inclusion, one could say I have become a jack of all trades.”

Despite having worked in the medical field for a decade, Stephanie, like Hanifa and Mark, found the initial learning process difficult. Her parents gave her a few books on Down syndrome to help her and her husband, James, in the beginning. “Upon receiving them, I realized that they were outdated, leaving me frustrated, as the only picture painted in these books was that of doom and gloom,” she reflected. The experience led to her realize that she was going to focus on Ruby’s specific needs and figure out what works best for her as an individual. Ruby currently goes to a mainstream school in Dubai. “The biggest challenges over the past few years have definitely centered around inclusion. Ruby received upwards of 40 rejections [while] trying to get into a mainstream school,” Stephanie said.

In 2006, the UAE government approved the Convention on the Rights of Persons with Disabilities and Optional Protocol to cater to the needs of people of determination. As per Federal Law No.29, all students with special needs must be given equal access to education including being granted accommodations like sign language, reading material in Braille among others. Additionally, no school can refuse admission to a student of determination in the country.

Post the rejections, Ruby’s parents have worked closely with her teachers and school officials to ensure that the curriculum is adapted to her needs. She has greatly benefited from having learning-support assistants in class.

Her parents also used Makaton sign language in her early years. Through Makaton, a child can interact using signs as well as words which makes communication much simpler. This can be especially useful for someone trying to get comfortable with speech and language.

“The most important lesson I am still learning is that of unconditional love.”

For Stephanie, Hanifa and Mark, it’s been important to rise above societal stereotypes about children of determination. “People don’t know how to react to a child with special needs and so often they either react badly or just disappear and we don’t hear from them again,” Mark told Re:Set. “We’ve made lots of friends who are parents like us though — people who get it.”

Hanifa thinks it’s important to stay away from unkind people and protect her mental health as a parent. “Initially, I picked lots of fights and argued with them. But after educating myself and realizing that ignoring them is the best way [to deal with it], I simply started avoiding them,” she said.

Stephanie tries to understand whether a person’s rude comment comes from a place of ignorance or malice. “Often it is usually social conditioning and lack of awareness that leads people to be unkind. I tend to look at the energy behind the words or deeds,” she said. “Intention is everything, and educating others is a good path to awareness and change.”

Some days are going to be harder than others and Stephanie knows that. “The most important lesson I am still learning is that of unconditional love,” she said. “When times are tough and I’m finding things challenging, it is easy to blame Ruby and perhaps even have resentment towards her, but there is this purity and bond that can’t be described,” she said.

Difficult moments give her perspective. “There is always a greater cause for a higher purpose, even in the smallest things, and this is the gift that Ruby brings,” she said. “She may rattle my cage, but she will always love me, and show me how to love others unconditionally.”

‘There Are Many Like Me:’ Parents of Kids With Special Needs Open up About Their Experiences