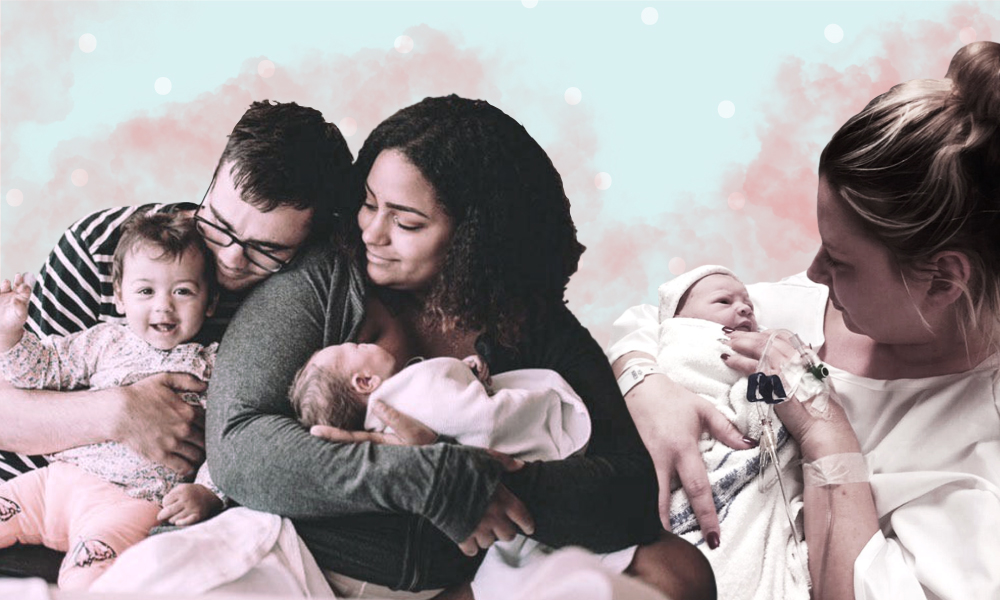 After 24-year-old Samantha Trinkle lost her baby in December last year, she was inundated with questions from friends and acquaintances. “People kept asking what happened…they wanted answers that I just didn’t have,” Trinkle told Re:Set. “But overall, the response was just hurt. Everyone was crushed. I called my best friend and we cried. We just cried.”

Trinkle lost her son, Wilder, to a phenomenon called sudden infant death syndrome (SIDS). The Mayo Clinic defines the syndrome as the death of a baby less than a year old without an identifiable cause. It is a phenomenon that usually occurs when they’re asleep. The prevalence of infant deaths due to the syndrome is believed to be 0.2-0.5 per 1,000 births as per research highlighted in the 2018 book, “SIDS Sudden Infant and Early Childhood Death: The Past, the Present and the Future” by Jhodie Duncan and Roger Byard.

After Trinkle lost her son to sudden infant death syndrome, she had to fight critics who tried to blame her for his death.

There were no signs of discomfort or other forms of health alarms for Wilder’s family. When Trinkle woke up one morning, she realized something was wrong with her baby who had otherwise been perfectly healthy. “When I found him that morning and called 911, the paramedics told us he was gone,” Trinkle said. After losing Wilder, the family fought critics. “We get a lot of messages saying that we killed our son with vaccines. Or that healthy babies can’t just die. That [SIDS] is just too uncommon. Or that it doesn’t happen anymore,” Trinkle said. “[But], it is real.”

The intersection of grief and guilt

SIDS and stories of infant deaths are highly stigmatized in conversations and not addressed frequently. This often leaves bereaved parents to fend for themselves without enough support and resources. There’s also the fear of societal judgment attached to having a second baby after losing a child. Amanda (last name withheld on request) and her husband, who were living in South Africa when tragedy struck, were gutted after they lost their first-born to SIDS in 2012. They had their second child six months later and decided to keep it quiet as they struggled with their emotions. “We were far from family and for some reason, we didn’t tell anyone we were having another baby. It was fear; fear they would say we were trying to replace her,” Amanda told Re:Set.

“I didn’t sleep, I couldn’t stop being scared that the same would happen [to my son].”

Right after her son’s birth, Amanda’s husband was offered a better job in a different country which he accepted. This required Amanda to be alone with their baby for a while. The experience was terrifying for her. “I didn’t sleep, I couldn’t stop being scared that the same would happen [to my son]…when he got past three months, I was slightly relieved,” Amanda said. “But knowing SIDS is a risk up until two years, I could never fully relax.” Her anxiety troubles her to this day. Her son has just turned six while her daughter is now two and yet she still finds herself waking up several times to check on them.

Amanda’s support system was limited as she moved to be with her husband and also found herself juggling conflicts within the family. Her mother, unable to cope with the family’s loss, blamed her son-in-law. “I’m not sure how she decided that,” Amanda said. “She made it more about her loss.”

Losing her daughter to SIDS made Williams realize how difficult it is to talk about losing a child.

Diana Sebzda, a psychologist based in New York who has extensive experience working with patients tackling loss, said that patients dealing with the loss of a child often find it very tough to cope. “Perinatal losses are very difficult as they represent so much loss or secondary losses — loss of [that which] we had hoped for, dreamed of…loss of future,” she told Re:Set. “Even if everything was done perfectly to save the baby, parents often struggle with feelings of guilt, anger or regret. Often blaming themselves for not being better advocates, for not knowing enough information, for trusting the doctors.” Sebzda also said that the stigma attached to losing a baby can often stem from ignorance. “Truly, many insensitive and seemingly uncaring things are often spoken to the bereaved due to simple ignorance,” she added, explaining that those around the grieving parents haven’t experienced loss and don’t know how to react.

Trinkle agreed. “Grief is weird. There are so many people who haven’t gone through this who have tried to tell me [things like] the correct way to grieve [is to] ‘stay off social media,’ ‘don’t go around babies,’ ‘don’t have more kids,’” she said. “I wish people would realize how different we all are and how there are many ways to healthily cope.”

“Even if everything was done perfectly to save the baby, parents often struggle with feelings of guilt, anger or regret.”

For Claire Williams, 30, a business mentor based in Carmarthen, Wales, U.K., losing her daughter, Aneira-Megan to SIDS over three years ago made her realize how difficult it is to talk about losing a child. “This is such a painful thing to go through,” Claire said. “It’s a lot more common than we actually think. But because it is such a taboo subject, nobody is really willing to speak about it.”

Her family supported her throughout her ordeal, but some of her friends weren’t able to speak to her about what happened. They stopped keeping in touch and didn’t attend her daughter’s funeral. The prejudice attached to SIDS left Claire disheartened. She decided to post about SIDS online and share her journey on Instagram and Facebook, talking extensively about her emotions after losing Aneira-Megan. She hoped that she’d be able to reach out to other parents going through something similar, to be able to show them that they’re not alone.

Grieving and resolving unaddressed issues is an individual journey. Amanda started having nightmares two years after losing her daughter. “It was mostly unresolved grief. I had never really dealt with the grief…so I went to see a psychologist and she helped me a lot,” she reflected. “I haven’t had the dreams since, once or twice but not as bad as it was. I used to dream that I forgot her in a room or forgot her in her car seat and when I remembered her, she would be tiny and just screaming. It was awful.”

Amanda plans to tell her son more about his first sister when he grows up. “When he is older and asks questions or wants to know anything, we will tell him and show him her little baby book,” she said. “Even though she was with us for such a short time, nothing can replace her life, her spirit. We always wanted children and we couldn’t let the heartache of her death stop us, as selfish or bad as that sounds. Her memory lives with us and it won’t ever die out.”

Parents Open up About Losing a Child and Grieving: ‘Her Memory Lives With Us’