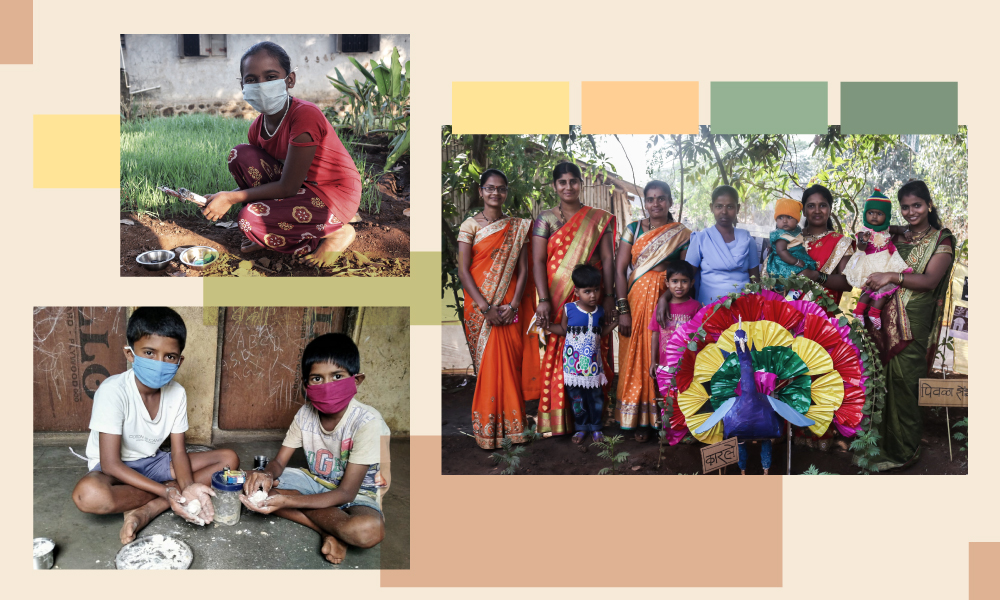 When Subodh Jain was traveling through rural Maharashtra four years ago, he noticed a glaring problem in India’s education system — a lack of contextual learning. “What children are learning in cities is exactly what kids in some of the remotest communities are learning,” Jain told Re:Set. “It doesn’t make sense.”

Having previously worked with school children from underserved communities, according to him, education must be firmly rooted in a child’s immediate environment. “Education is not just about what you learn in school or college, it is about how you live your life,” he said.

To remedy this inadequacy in the Indian education system, Jain and his brother Sanket started Insight Walk in 2017 on the outskirts of Kolhapur, a city in Maharashtra. Having grown up in the same region, Jain moved away for college. The idea for the organization stemmed from his experience as Jain pondered over the employability of students who finish college. “We are producing a generation that is clueless even after spending 12-15 years in the education system,” Jain said. This got him wondering what kind of education system can be created with the involvement of local residents and through harnessing their strengths.

With that in mind, the brothers launched the NGO with a signature, paid fellowship that trains women of oppressed castes across villages to teach the children in their area. Each fellow goes through multiple rounds of interviews, and is selected based on their work ethic. Another crucial factor for selection is the fellow’s relationship with her village and its people. Jain believes that every woman must know the tangible and intangible systems and structures in the village to better contextual learning.

“In some areas, people are still not used to the idea that women can be fellows and changemakers.”

The fellows — who were initially agricultural labourers — have no prior teaching experience. Throughout their 18-month fellowship, they receive training in teaching and life skills. According to Jain, the fellowship gives the women a say in the decision making process in the village for the first time, and establishes careers for them.

“Our fellows are role models for the children,” Jain told Re:Set. “The kids have learned valuable lessons in management, negotiation skills and empathy from them.”

Each selected fellow, along with her students, designs the curriculum for an “after school intervention” program. Here children are taught practical skills including upcycling waste into artwork and scientific experiments. This coupled with unbridled freedom has led to them inventing low-cost alternatives to everyday items including drill machines and dryers.

However, it’s not always been an easy ride. When the first batch of fellowships rolled out, two women faced verbal abuse and brickbats from the community. “There are different caste and gender factors at play here,” Jain said. “In some areas, people are still not used to the idea that women can be fellows and changemakers.”

But this was anticipated. “Whenever you do something that is the opposite of your conventional processes, you will face resistance,” he said. Though there are still reservations about this new form of education, Jain said there has been a shift in the mindset of families. “Initially we didn’t have many girl students. Now we have more girls than ever, they outnumber the boys,” he told Re:Set. 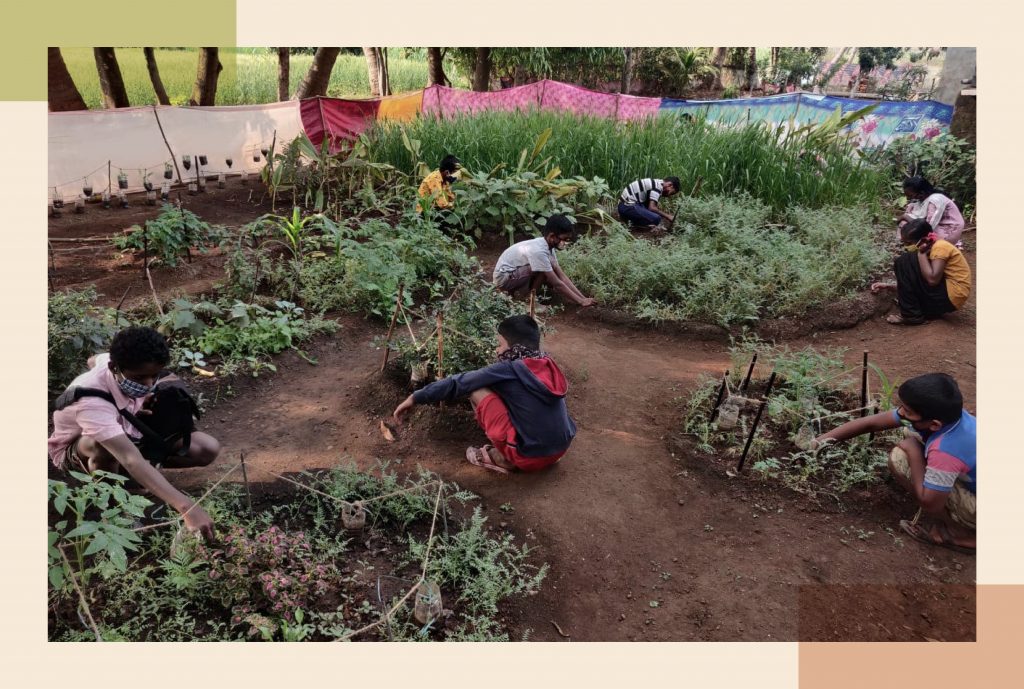 Through their harvest from organic farming, the children were able to feed their families and others in the village.

A large part of this change can be attributed to the initiatives taken on by the students based on their learnings from the program. Following heavy floods in the district two years ago, the children started innovating. They were taught by the fellows how to farm organic vegetables in a region known for growing sugarcane — a water intensive crop. By making organic fertilizers and reducing their dependency on water, the kids saw a good harvest of crops such as eggplants, ginger and chillies in a few months.

When the COVID-19 pandemic hit, many families in the region ran out of ration supplies. Seeing this, the kids increased their farming efforts and provided rations to the most vulnerable families around them. Making use of the negotiation skills they learned from fellows, they also encouraged over 50 families to take up organic farming. For the last 11 months, the children and their families have been growing their own vegetables.

“We need kids who can be in their communities and their ecosystems and look at it as an opportunity.”

“In rural communities, a lot depends on the way the community lives and functions. Those factors dominate the child’s education,” Jain explained.

The 2011 Indian census highlighted the mass migration of Indians from rural to urban areas. However, this does not translate to a better quality of life for the migrants — many of whom still live in abject poverty. “We need kids who can be in their communities and their ecosystems and look at it as an opportunity, rather than going away from it,” Jain said.

Two years ago, the kids started the ‘Solidarity Art Farm Museum,’ a space where they learn art, design and other key subjects while farming. Inspired by Vincent Van Gogh’s “Starry Night,” they  designed a farm that resembles the artwork. “We have boys who invent simple solutions to make life in the kitchen easier and girls who are interested in science and climate change.”

Also read: India’s Education System Needs a Fix. Can School Vouchers Be It?

An open environment for children to learn these diverse skills comes with its own financial costs, all of which is fundraised from citizens. “One of our core philosophies at Insight Walk is to make this a collective movement,” Jain told Re:Set. He envisions a country where this model of education is replicated by communities across India, by people from the communities.

He follows a similar approach with fundraising as well. “We want people to realize that no amount of money is too big or small for it to make a difference,” he emphasized. Jain is clear on not monopolizing his organization with the money from one person or a handful of people. He believes a mass movement must be focused on common people. “Our fellows and programs are not sponsored by a single person or organization. They are all supported by common people,” he added.

The Re:Set Guide to Getting That Elusive 1600 on the SATs
Starting Early and Staying Ahead of Stress: How To Beat Test Anxiety and Ace the SATs