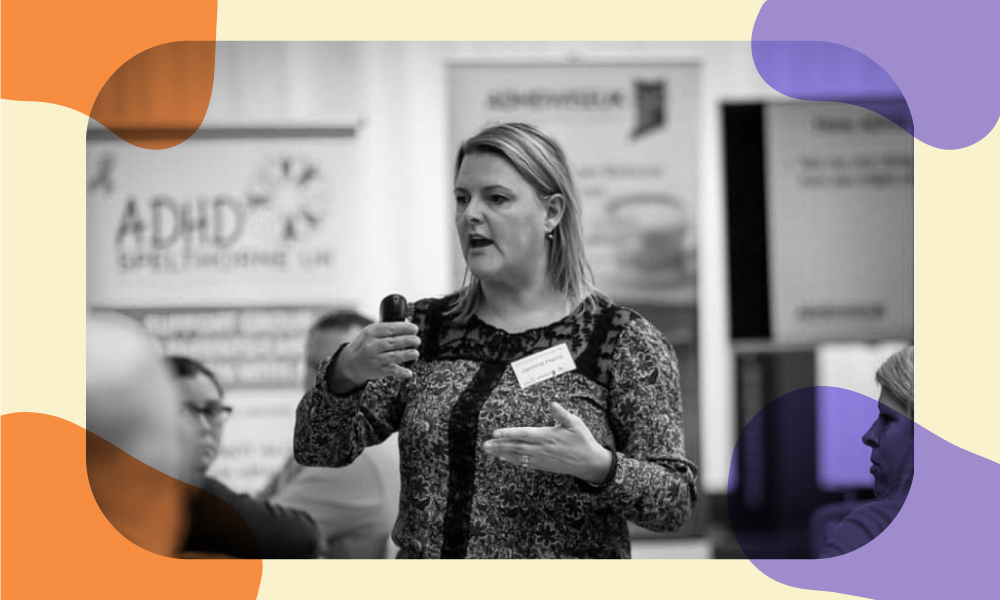 Perryman-Harris uses her experience with ADHD and her background as an educator to train special education teachers. Photos courtesy: Jannine Perryman-Harris

Looking back at my teenage years, there were lots of behaviours nobody understood. I was consistently inconsistent so I’d be really good at something but struggled to maintain that standard. I used to have trouble with my sleep, I’d be awake, unable to stay in bed. I started leaving the house and I would go walking in the middle of the night.

My parents felt like they couldn’t keep me safe and they didn’t understand what was going on with me. They kind of assumed that I was up to no good. I ended up in a children’s home at 14 and was put into foster care. Again, my behaviour was misunderstood because I was impulsive and emotional — I would forget or lose things and I was untidy. I couldn’t stay with any college course or with any job. At the time, if I’d known it was ADHD, I would’ve probably been able to stay and been supported differently.

I’ve switched jobs quite frequently, but a few years after my eldest daughter Vicki was diagnosed with autism, I made a change into special education as I was developing a passion for special needs because of her. In 2015, I was encouraged to pursue teacher training but there was resistance because of my issues with inconsistency. While discussing it with the headteacher, she encouraged me to get help. Within four months, I was diagnosed with ADHD at the age of 35. 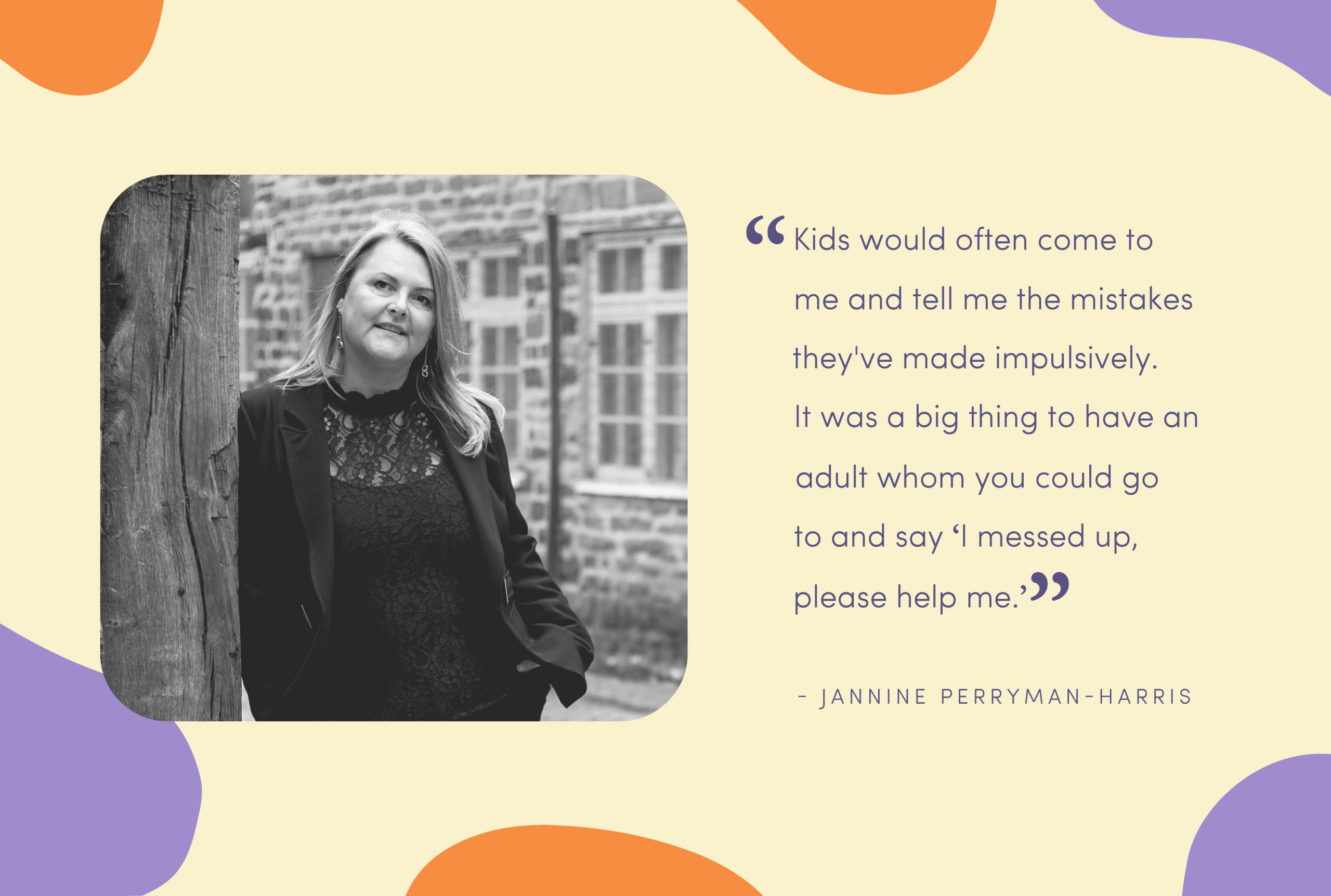 Because of her own experience with ADHD, Perryman-Harris can understand the behaviours of her students with more ease.

One of the things that happens when you get a diagnosis is that you wake up and stop lying to yourself. You reframe that inner voice that makes you believe that you’ll do something later which you’ll eventually forget. Over the years, to deal with challenges like time blindness that are associated with ADHD, I have lots of reminders, lots of devices like Alexa around telling me what to do, lots of things in my diary, and now an assistant who ensures that I’m on schedule.

The first time I declared my ADHD to my class was a real revelation because I walked into an argument between two students. One of them said, “I can’t help it, I’ve got ADHD,” and I just said, “Hold on, I’ve got ADHD, I don’t behave like that.” This led to the class having a conversation about these young people and the diagnoses they had. We wrote all the conditions that they had on lollipop sticks and put them in a jar. Regularly, we’d pick up one and talk about the condition, the changes it made, both the good and bad. It was a real reframing of neurodiversity. There was a huge shift in their understanding of themselves and each other. Their relationships with each other stopped being as explosive. When people were behaving in ways that were unusual, they were supported by peers rather than being met with anger.

Due to having that lived experience, I could see why they were doing what they were doing — [behaviours] that were frustrating to other people —  much quicker than my fellow teachers would. When they weren’t back from things on time, didn’t understand things or fidgeting, I was better cued into why that might be and I was able to meet that child’s needs and therefore, I had fewer behavioural issues in my classes.

Some of the most common challenges that students with ADHD face are time blindness, impulsivity, time management, and being easily distracted. So if someone was distracted and they came back to what they were doing, there were always visuals like a worksheet that broke the lesson down into sections so they can find their way back easily to the task at hand. I always thought about that kind of stuff. And they could always ask because I was never going to tell them off for getting distracted. I used friendly reminders to get their attention back like a double tap on their desk if I noticed that they were distracted. There was no blame, there was no shame, just an acknowledgment.

Kids would often come to me and tell me the mistakes they’ve made impulsively. Like if they took something from a shop, I would be able to help them put it back, have a conversation with those involved and redress any difficulty. It was a big thing to have an adult whom you could go to and say “I messed up, please help me,” I never had that but that is what I do now as an adult.

In 2019, I stopped teaching in classes and through my initiative ADHD Wise, I now coach adults and children with ADHD and train teachers for children with special needs. Because of my training and my inherent understanding of the condition, I know how to ask a young person questions that enable them to talk to me honestly. They drop their guards and they’ll talk to me because I tap into where we are similar.

In my teacher training, there is a deeper understanding of what ADHD is and we go about busting the myths about it. Helping them understand that the behaviors they think are ADHD-related possibly aren’t. Because I’m also a teacher, they relate to me and they ask me questions as a colleague who has that condition that they can’t ask a child or a parent. When faced with behavioural issues, I encourage them to look at what could be behind the action instead of condemning it.

I think this reframing is important because even for me, I still sometimes have the negativity from messaging from my younger days. Now, I’m almost at the end of my third Master’s and looking to do my Ph.D. I still sometimes think that I’m not bright, but I’m hoping to overcome that.

Editor’s note: The interview has been edited for clarity and length.

Jannine Perryman-Harris is an ADHD specialist coach and teacher, founder of ADHD Wise UK and director of Neurodiversity Networks CIC. As told to Sherina Poyyail.

Could Education Hubs for Deaf Children Counter the Challenges Posed by Mainstream Schools?
7 Ways You Can Speak to Your Child About Disabilities