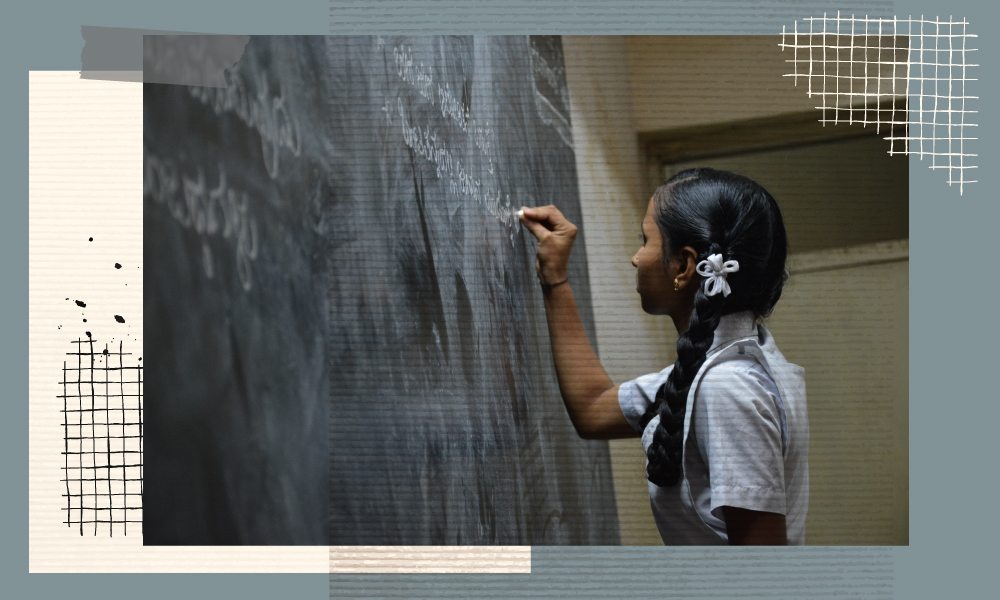 Providing quality education proven to be a herculean task when you factor in the inefficient bureaucracy that runs public schools in India. Photos courtesy: Centre for Civil Society and Pexels

There’s a popular joke about the education system in India.

“You will get everything in the school — books, uniform, school bag, shoes, and meals,” a teacher tells a student’s parent. “And education?” the parent asks. “Oh, you can enroll your child in tuitions for that.” This, unfortunately, is an accurate description of how education — patched together over decades to lift the country towards a 76.72 percent literacy rate — works in India.

But literacy in itself means little when learning outcomes are shockingly poor in the country. According to non-governmental organization, Pratham’s 2018 Annual Survey of Education Report (Aser), 95 percent of children in 596 districts in rural India are enrolled in schools. But of them, only 27.2 percent in grade 3 can read letters, words, a simple paragraph at a grade 1 level of difficulty, or a story at a grade 2 level of difficulty. They also lack basic arithmetic skills; with only 44 percent of all children in grade 8 being able to solve simple division sums correctly. 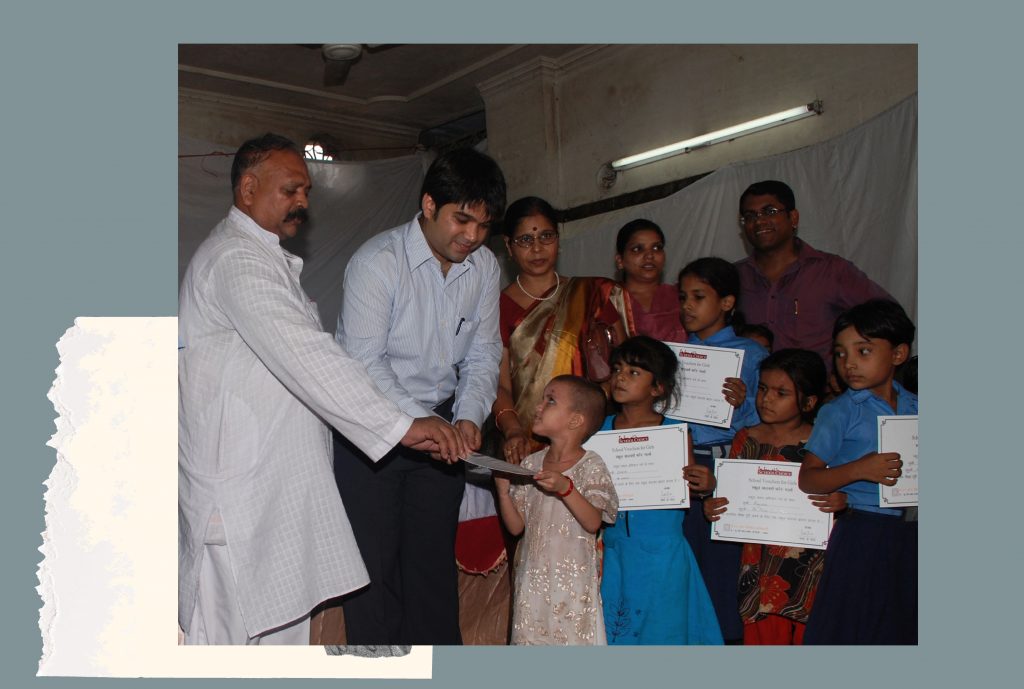 The figures are even more alarming when put into perspective: think of the children’s inability to perform everyday tasks like reading medical prescriptions or doing basic calculations. This indicates that despite India’s achievement of near universal enrollment, there needs to be more accountability put into place than simply admitting a child to a school.

Literacy in itself means little when learning outcomes are shockingly poor.

The first step, of course, is quality education but providing this basic right has proven to be a herculean task when you factor in the inefficient bureaucracy that runs public schools in India, the control and funding from three — federal, state and central — different levels, lack of assessment models, and glitches in the design and implementation of the Right to Education (RTE) Act (that mandates private schools to reserve 25 percent seats for underprivileged students).

One think tank in Delhi, Centre for Civil Society (CCS) however, believes that a much-needed intervention in Indian education is the globally-accepted solution of school vouchers.

In 2007, CCS launched India’s first voucher project where school vouchers worth around ₹3,600 (~US $50) were given annually to 408 students across 68 local administrative units of Delhi for three years or less. Funded by the think tank and other local NGOs, the programme allowed parents and children to use the voucher and enroll in a neighbourhood private school. When the children, who previously went to government schools, were tested for outcomes after one year, CCS found that they performed better in English, Mathematics and Hindi in all grades than the children studying in both private or government schools. Since then, CCS and other organizations like Abdul Latif Jameel Poverty Action Lab have implemented similar programs across India.

Nobel-prize winning economist Milton Friedman, who argued for the school voucher system, believed that instead of funding the school, the government should fund the students. The funds would allow the students (and their families) to choose a school than unwittingly join a neighbourhood public school. It would also bring more excellence and efficiency by fostering competition between public and private schools. So far, Chile has followed a voucherised system but there is mixed evidence about its efficacy.

Alston Dsouza, senior associate at CCS, builds on the premise, “Schools are accountable to the government but the government does a lousy job of monitoring and evaluating them,” he told Re:Set. “This means that schools [and teachers] get paid regardless of the quality of education.”

However with vouchers, “parents pay the school and therefore, are the consumers who can hold the school accountable,” Dsouza said. 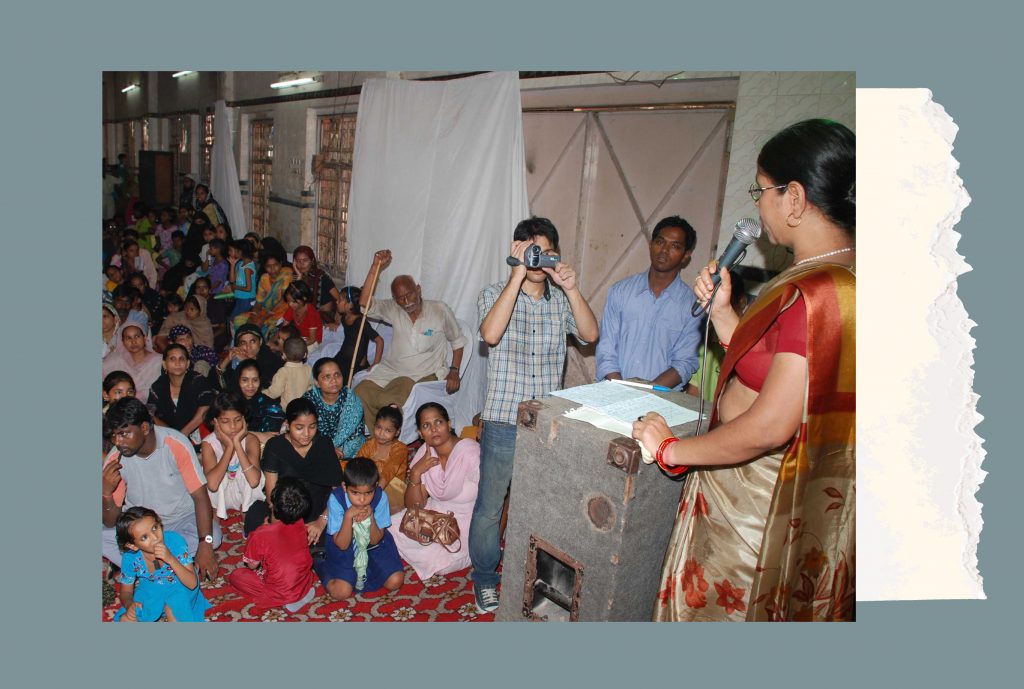 It’s important to take a step back and understand who sends their children to government (public) schools in India. “It’s the poorest of the poor who have no other option,” Ritika Shah, Manager of Research at CCS who has worked on reports exploring the merits of school vouchers, said. But it’s the same schools that India’s most underprivileged attend that not only have a paucity of teachers, but they also operate under crumbling infrastructure and an absolute lack of basic facilities such as toilets.

“It’s these neighbourhood schools,” according to Shaheen Mistri, CEO of Teach for India, a non-profit part of the Teach For All network, “that the voucher system can build pressure on.” And compel them “to improve quality or lose enrollment,” she told Re:Set.

Increasingly, enrollment in government schools is shrinking, where even in rural areas, 30.9 percent of children are enrolled in private schools. Supporters of the voucher system argue that if people prefer private schools and if the government school is not able to deliver quality education, why should it continue to drain public resources?

“It’s not true that all government schools are underperforming.”

“It’s not true that all government schools are underperforming,” Farida Lambay, co-founder of Pratham, told Re:Set. “Some perform better than the budget or mid-range private schools in India.” Others including Tarun Cherukuri, CEO of Indus Action, a policy implementation organization, think “education must remain a public good.”

“Quality education,” Cherukuri said in an interview, can be enabled through other interventions such as “strengthening school management committees or providing detailed and validated information on school quality to parents.”

The suggestions are excellent, but the problem is that none of these interventions have worked so far while the money, 3.845 percent of the country’s GDP, has continued to flow into public schools. “From a public finance point of view, too,” Dsouza said quoting research by Geeta Gandhi Kingdon, “private schools spend three to eight times less per pupil than the government.” 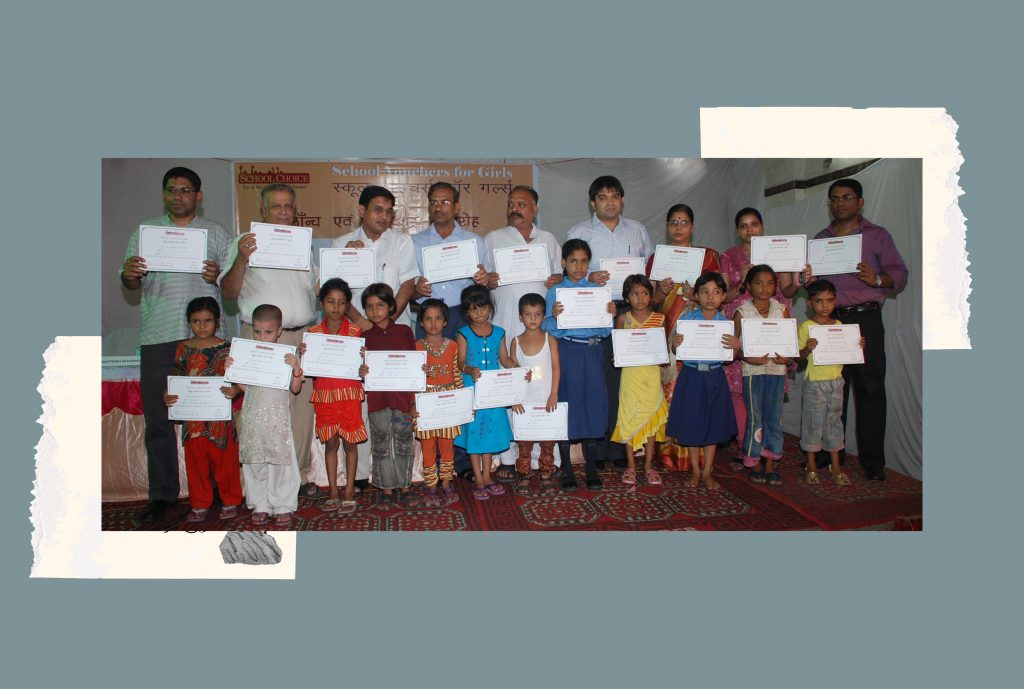 Stakeholders of the school voucher project including private school principals, parents and students.

For Shah, however, the argument is not between public or private schools but between schools that perform and those that don’t. “Both public and private schools can coexist but the basis of existence should be performance and parents’ preference.” What this means is that if a voucher model was enabled, the child and parent could choose any government or private school. But instead of the public school receiving government funding, it would be dependent on the number of students who decide to enroll in that school. If the school, public or private, failed to attract students, it would face a possible shutdown thus putting the onus on the school administration to get their act together.

And this is where lies the biggest hurdle in implementation with political ramifications. If the school was funded by the students and not the government, the high salaries government school teachers receive would be threatened. “The teacher union — that helps in census, voting lists, and campaigning in remote areas — is valuable to the politician,” Dsouza said. “Vouchers mean teachers would not only have to work harder but might also experience pay cuts. And that makes it politically unfeasible.”

“Both public and private schools can coexist but the basis of existence should be performance and parents’ preference.”

Political will aside, Lambay and Mistri raise practical concerns about the implementation of vouchers. “Will admissions be fair?” Mistri asks. “Are children given extra support to catch up academically? Will they be supported so that they don’t experience discrimination and so that they are socially integrated?”

After CCS’ pilot project, 94% parents responded they were satisfied with the school, but questions of social integration take special prominence in a country like India where income disparity and caste discrimination are widespread. The success of any education system, too, depends on how effectively students across different socioeconomic groups are assimilated into the classroom.

Other questions about the design of the system such that private schools not only have an incentive to participate, but also are willing to enroll students from all socioeconomic backgrounds are also pertinent. Shah agrees with many of these and adds a few of her own, “Will the state decide to send the money to the student’s account through a Direct Benefit Transfer (DBT)? Does it have the capacity to conduct such large-scale DBTs? Will it make adjustments for those unavoidably excluded? It’s not a silver bullet,” she concluded, “we need many reforms.”

But all things considered, altering the route of funding through vouchers which changes the relationship between the student, school and the state, deserves more trials and exploration.

Five Ways to Become a Good Listener as a School Counselor
Life Lessons and Storytelling: How to Use Children’s Books in the Classroom

India’s Education System Needs a Fix. Can School Vouchers Be It?