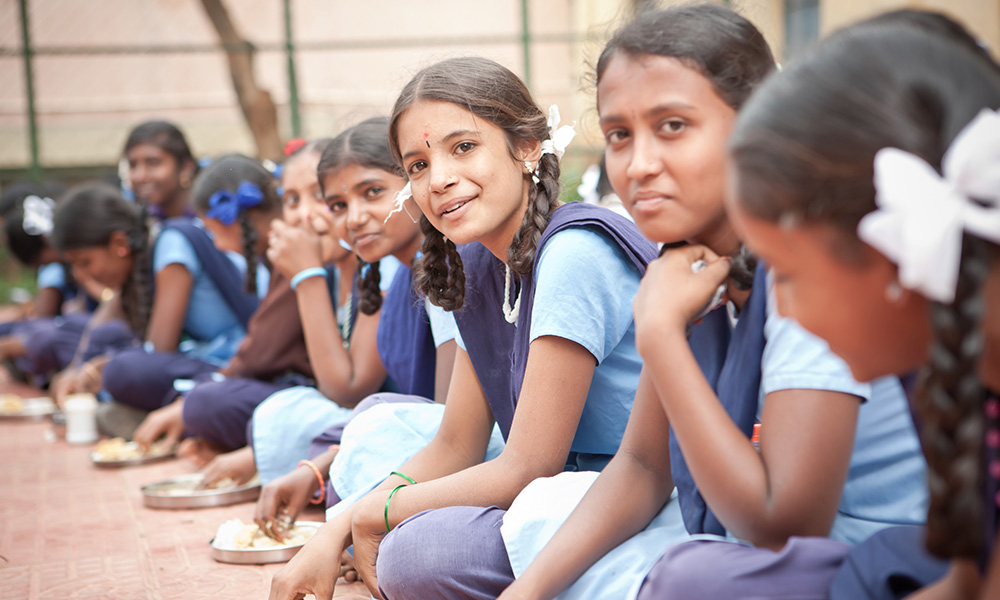 The total number of cases of COVID-19 or novel coronavirus in India have reached 125 at the time of publishing this piece. As a precautionary measure, governments in several states, including Maharashtra, West Bengal, and Tamil Nadu have joined Kerala and Delhi in shutting down most educational institutions. Delhi was one of the first to introduce a lockdown on primary schools. In the midst of the growing pandemic, provisions for mid-day meals for children at-risk and those from low-income families remain unclear.

The mid-day meals scheme is a program by the Government of India, with a view of “enhancing enrolment, retention and attendance and simultaneously improving nutritional levels among children.” The scheme is important because according to the “The State of Food Security and Nutrition in the World 2018” report published by the United Nations, 25% of Indian school children — the highest number in the world — suffer from extreme thinness. India also ranked 102 out of 117 countries on the Global Hunger Index of 2019, which takes into account undernourishment, child wasting, child stunting, and child mortality.

These figures make the mid-day meal ever important for kids, especially for those from low-income households. It’s why after the COVID-19 pandemic, the government of Kerala started delivering these meals to students at home. No other state government has joined in yet.

“Other states might have a different view, but the logic for mid-day meals in Delhi is that it helps improve concentration when you’re in school. It’s not necessarily to say that these kids don’t have a necessary option for food at home,” Jasmine Shah, a spokesperson of Delhi’s ruling Aam Aadmi Party, told Re:Set. “We have a very active link to the communities through our school management committees, so if there are cases where kids really need the food, they step in and connect them with anganwadis [rural child care centers] who help with kids up to age 6.”

However, according to the latest National Family Health Survey, over 25% of children in Delhi under the age of five are underweight, and over 40% are stunted.

Also read: Parents and Kids Are Unhappy About the Coronavirus-Caused ‘Vacation’

As exams for grades 6-8 are still being held, children attend school only to take the exams and those who are present are receiving mid-day meals. According to one head of school, who spoke with us on the condition of anonymity, the timing is so tight that kids enter school at 1:30 pm, and have 10 minutes to finish the provided lunch, after which they’re sent to their classrooms for exams. “I don’t know how it [mid-day meals] is going to be affected. They must be getting fed at home,” they told Re:Set.

When asked about the impact of coronavirus on mid-day meals amongst primary school students, another head of school told Re:Set that “your question is irrelevant. I respect your opinion, but your hypothesis is as correct as coronavirus spreading by shaking hands.”

[Editor’s note: coronaviruses can be transmitted by shaking hands.]

“Would you ask a hospital about the nutrition it provides to its patients? A school is responsible for education, not nutrition,” they added.

In December last year, the Delhi government enlisted The Akshaya Patra Foundation (TAPF), a non-profit which implements the Mid-Day Meal Scheme in government and government-aided schools, to start new kitchens and help fulfil orders of mid-day meals in the capital’s government schools. The initial press release stated that from the beginning of this year, Akshaya Patra, “began…feeding 64,179 children across 134 schools in the national capital through…three kitchens.”

According to a spokesperson of TAPF, on a regular basis they’re feeding just over half of the stated capacity. “In Delhi we’re feeding 38,538 students a day,” they told Re:Set over the phone. “The Delhi government hasn’t asked us to stop mid-day meals [post school closures] as some classes are still writing their exams. In a few schools, kids come during the mid-day meal time, eat and then go back. Consumption has only gone down by 2%. Now we’re feeding 35,000 to 36,000 a day.”

The foundation gets feedback from schools, which tell them how much to cook for the next day. “Let’s say we’re asked by a teacher to provide food for 100 kids. But on the day, only 80 turn up. Then our people take the remaining to localities nearby…to donate to, so there’s no wastage at all,” the spokesperson said.

We reached out to Delhi’s educational director for a comment about the consumption patterns and coronavirus’ impact on mid-day meals. They redirected our query to a concerned authority who then redirected us several times. We will update this piece if we get a response.