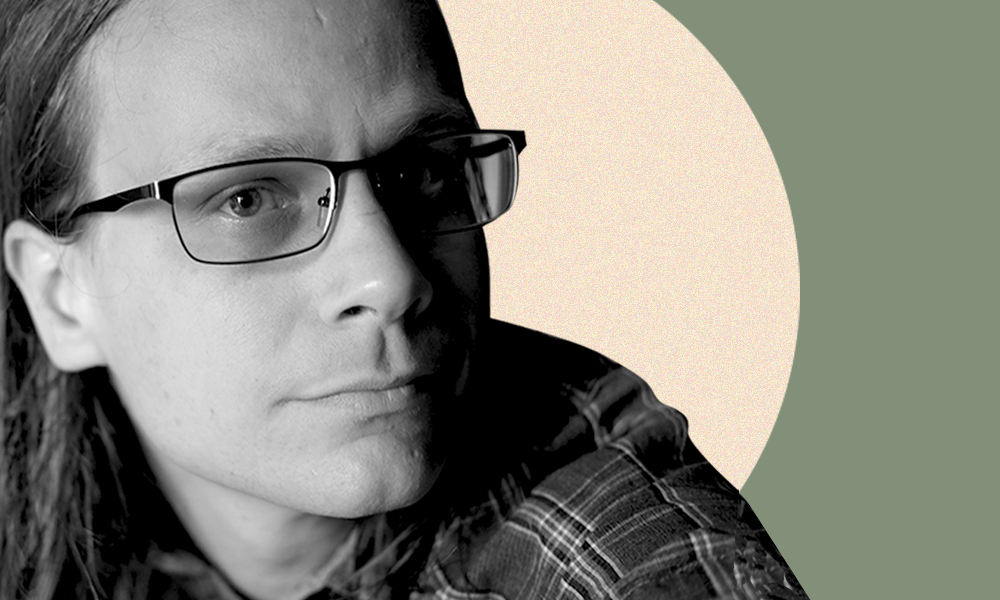 Editor’s Note: Fergus Murray, whose lived experience is the subject of this piece, prefers identity-first language when referring to him and his autism diagnosis. This means using ‘autistic person’ instead of ‘person with autism’ or ‘person on the autistic spectrum.’

“It was their amazement and watching them figure out what was different between the [two] light sources and what they could glean from it,” Fergus Murray pointed out to Re:Set, when asked to share a memorable moment from his teaching career. Murray is a 40-year-old science teacher from Scotland for whom teaching is a way of sharing his passion for science with others.

For this particular science experiment, he had made a spectroscope, an instrument used to measure the properties of light, using an old cereal box and a CD-ROM, to show his students the difference in the white light from fluorescent and incandescent bulbs. Murray takes great pleasure in helping them understand challenging concepts in simple and interesting ways.

A resident of Edinburgh, Murray has been a professional tea blender, blogger, photographer and podcast host. With nothing quite ticking all the boxes as a career choice, he finally found his calling as a science teacher, and has not looked back since. “The more I had a handle on my strengths and challenges, the more I could see myself working with and around [students] in a teaching role,” he said. But, teaching brought along its own sets of challenges and made Murray face his fears.

Although Murray was officially diagnosed with autism at the age of 32, he suspected he had autistic traits, such as intense interests, a tendency to hyper-focus, sensory sensitivity and often, social confusion. “It took me a while and some difficult life events to conclude that I was on the autistic spectrum myself. And because I felt like I was mostly doing OK, I didn’t feel the need to be diagnosed formally,” he told Re:Set.

Murray organized a training session in his school to share his experience and educate the staff and students about neurodiversity.

Autistic people often have a tendency for ‘attention tunnels,’ which means that multitasking and focusing on more than one thing at one time can become very difficult. For Murray, this often means that he can’t process multiple things at once, such as explaining the objectives of the lesson to his class, while also keeping an eye out for student behaviour. However, determined to make the most of his strengths, he was committed to chasing his dreams and becoming a teacher. Murray’s analytical thinking, passion for science and strong memory for facts, are just some areas of his autism that inspired his new career choice.

“I had always loved science and teaching people about it, but I knew I’d find it difficult managing the behaviour of large classes because of my thinking style,” Murray told Re:Set. Only a handful of people at school were aware of his autism at the time. That was until earlier this year when he published an article sharing his experiences with his school community.

As an autistic teacher, Murray not only has to understand how to adapt his teaching style for his students’ learning needs, but also has to tackle his own autistic traits, such as learning to read body language, avoiding eye contact and dealing with his tendency to resist new changes to his daily routine.

“Many autistic people learn to ‘mask,’ disguising their natural body language to make those around them comfortable.”

The social aspect of teaching was an area he found particularly trying when he started at his current job. “Autistic body language can make people feel uncomfortable. Our faces can be difficult to read, and we sometimes make movements that strike people as odd,” he told Re:Set.

“Many autistic people learn to ‘mask,’ disguising their natural body language to make those around them comfortable,” he reflected on his experience. And this makes teaching much harder as he’s paying closer attention to his every move. “[Teaching is] more tiring for me than it is for the average teacher,” Murray said. Whether that is due to trying to stay on top of what the whole class is thinking and making sure they’re on track, keeping up with rapid task-switching or coping with the high sensory environment. This means he needs more downtime between classes and other interactions to recover; this isn’t easy to come by in the teaching profession. “This year I was given a Monday timetable with no breaks at all.  and large classes. It’s tiring interacting with a lot of people for a long time and my teaching suffered.”

At first, facing teaching demands as an autistic teacher was difficult for Murray. It was a challenge juggling various tasks, because he was not comfortable disclosing his condition to his colleagues due to the negative stereotypes attached to autism. “I was painfully aware of how many people have harmful misconceptions about it,” he told Re:Set. But earlier this year, Murray decided to run a training for the school community, and things have started to get better.

After trying his hand at tea blending, blogging, photography and hosting podcasts, Murray finally found his passion as a science teacher.

Murray, along with a former student, conducted a training session for his colleagues, to discuss their understanding of neurodiversity and share his lived experience with autism. Gaining the support of his school leadership team was critical to the success of his training. Murray’s colleagues set aside two staff meetings, which scheduled time for him to deliver his training program. The school also gave him the flexibility to decide upon the content himself.

Murray spoke from his own experience, explaining how other teachers could better support him as well as autistic students. The training session was well-received and Murray compiled a list for his colleagues to shed light “on the autistic ways of thinking.” These ways of thinking focus on helping teachers understand that autistic students’ interests need to be viewed positively, to make the classroom more inclusive. Here are his top tips:

However, being inclusive isn’t just about supporting students. Schools also need to take steps to support teachers like Murray and make adaptations wherever possible. More schools should encourage part-time work for teachers and give sufficient breaks, wherever possible, Murray emphasized. “I’m lucky to have found a place where I can teach mostly small classes and work four days a week,” he told Re:Set. This eases pressure in the classroom as there are fewer students to manage and also gives him time to refocus and manage his to-do list.

Providing information in advance to help with transitions or new situations is essential for some autistic people. This can include a student signing up for a new task or an adult preparing for an interview. “The college I recently interviewed at sent questions beforehand without being asked, which meant I could prepare ahead of time, making notes of things to say and thinking of how best to say them,” Murray told Re:Set. From his experience, this makes the interview process much less stressful and problematic and is fairer for autistic people as it helps them prepare in advance.

Although Murray says he is well aware of the challenges that autism brings to his teaching role, he accepts the opportunity to understand autistic students better, and in turn, helps other teachers in his school do the same. His own passion for learning and teaching is inextricably tied to his autism. “I love learning about things in detail and explaining difficult ideas as simply as possible. I’m at my best as a teacher when I’m able to transmit my fascination with science and math in a way that makes sense to kids,” he told Re:Set.

Accounts Of An Autistic Teacher