No Lunch Breaks and Extracurriculars: How Indian Schools Are Planning to Reopen 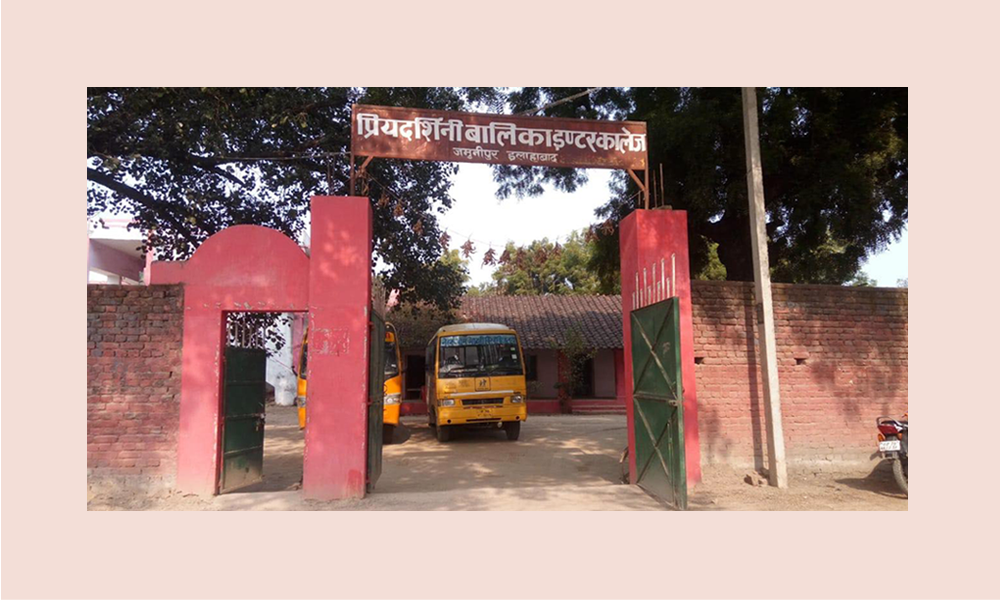 Implementation of mandatory mask wearing and hand washing routines will be key when schools reopen to prevent the further spread of the coronavirus. Photo courtesy: Smita Mishra

As India continues to battle against COVID-19, it has become increasingly clear that a return to normalcy cannot be expected any time soon. On March 16, the government of India announced that all schools and colleges were to be shut until the end of the month. Nearly five months later, many schools still have no clarity over when students will be allowed to return to campus.

In countries like China where some schools have reopened, special measures such as making children wear one meter long hats to enforce social distancing have been implemented. We spoke to educators from around India to understand how they’re preparing for students’ eventual return.

There has not been any official word from the state government on when schools can reopen campus operations again, Anasuya Cherian, vice-principal of The White School International, Kozhikode told Re:Set.

“At the entrance, we have a thermal scanner, we have somebody to make everybody use sanitizer and there is one entry so everyone has to go through it,” she added. Every aspect of the normal school routine is set to change due to the virus. Wearing masks and using sanitizer before entering the school bus could become mandatory, Cherian said.

The school experience filled with interactions with peers, fun, and games could completely be transformed as students return to campus amidst a global pandemic. Photo courtesy: Jai Vakeel Foundation

Morning assemblies may not happen anymore, handwashing will be inculcated into the daily routine and dispersals will need to be conducted in a more orderly manner to limit mingling. Through their online classes, students are already being imparted information about the virus so they understand why they’re expected to follow certain rules like social distancing. “[Everything] will depend on the guidelines that the government issues, what we’ve heard so far is that one section of the school will come on one day and [follow an alternative pattern],” Cherian elaborated.

“We’re looking at three or three and half hours of school, without a break when we reopen,” Jhumjhumi Nandi, principal of Jusco School Kadma in Jamshedpur, told Re:Set. So far the state of Jharkhand has not provided any directive on when school campuses can open but Nandi doesn’t expect to see it happen before August 15. When they do open, the first set of students to return will be those above grade 9.

“We’re looking at three or three and half hours of school, without a break when we reopen.”

“The way the desks are placed, we can only accommodate roughly 20 students in each class keeping social distancing in mind,” observed Nandi, adding that it is possible that schools could implement two shifts or have different sets of children coming in on alternate days. In the interest of minimizing interaction, games and activities are likely to be removed from the schedule, with students expected to attend three hours that will cover their core subjects. “Anywhere where there is a possibility of gathering like canteens will not be opened,” she said.

The amount of written coursework is also likely to be cut down to minimize contact between students and teachers. Additionally, there is concern about how lab-based practical assessments will be conducted for senior students as “usually you have external examiners, there are project files involved and multiple [students carrying out experiments in the labs] which may not be possible anymore.” They are still waiting for communication from the Central Board of Secondary Education who will take into account such changes, Nandi told Re:Set.

Many senior students also attend coaching classes to prepare for their college entrance examinations. The altered timings of these additional support sessions as a result of the pandemic are now clashing with regular school and are causing a major dilemma as they are very expensive and the exams are highly competitive and crucial.

Keeping in line with social distancing norms, group activities and team sports could be put on hold in many schools until the virus is under control. Photo courtesy: Jai Vakeel Foundation

While students from higher-income families are struggling to choose between attending classes or additional tuitions, the picture is starkly different for those on the other end of the financial spectrum. Nearly 32 million Indian children aged up to 13 years have never attended school and only 70 out of every 100 students enrolled in school complete it. As more schools adopt distance learning, it is to be noted that as of 2019, India’s internet penetration rate ranged at around 36% overall with a higher concentration in urban areas. In rural India, merely 2% of households have access to a desktop or a laptop.

“Some of the kids don’t have access to smartphones so…their academics are being compromised. [They] are really looking forward to school reopening,” said Smita Mishra who manages the Priyadarshini Inter College for Girls, Jumnipur, Prayagraj. Even though there’s no confirmed date as to when the state will permit students to go back to school, Mishra emphasized that her college is completely prepared.

“Some of the kids don’t have access to smartphones so…their academics are being compromised. [They] are really looking forward to school reopening.”

As the college is still open for teachers and administrative staff, thermal scanners have already been installed on campus, masks are distributed to employees, and hand sanitizer is available. Like others, they are also planning to bring students in every alternate day. “We’re thinking of starting school outdoors, where we’ll draw circles [on the ground] with two feet distance between them, that the girls will sit in,” Mishra told Re:Set. To avoid the hot weather, they are considering reduced hours either between 8 a.m. to 11 a.m. or 2:30 p.m. to 5:30 p.m. “There will be physical distancing, but a lot of virtual love,” Mishra said, when asked how students and educators will foster and strengthen their connections in these new circumstances.

The principal of a government school based in Kerala told Re:Set that they did not wish to comment as all administrative decisions are made by the government and hence, they cannot take independent decisions on preparations for reopening.

In Mumbai, which has turned into the unofficial epicentre of the virus in India, schools are far less optimistic about resuming in-person classes anytime this year.

Shikha Shukla, a coordinator at Greenfingers Global School in Kharghar, told Re:Set that due to the condition of the city, both schools and parents are highly apprehensive about moving back from the online schooling model. “Parents keep sending me voice notes and videos of the little kids asking to come back to school,” but she reiterated that in this scenario, “the later [we open], the better it will be.” From canceling group activities to only bringing back older students in shifts, they are still exploring measures that can be implemented in the future.

The pandemic has particularly impacted people with special needs and presented a new layer of challenges for special needs schools.  “We have to be more careful because of the comorbidities like heart and respiratory issues [that our students have],” said Anjali Sabnani, Head of Communications at Jai Vakeel Foundation, an organization that runs schools and training institutions for children with disabilities.

The foundation has created a framework to guide their preparations, touching upon aspects including infrastructural changes, scheduling, and teaching materials. “Our therapist usually conducts eight back to back sessions of 40 to 45 minutes each, but now that will probably be brought down to 30 minutes with a 15-minute sanitization break,” Archana Chandra, CEO of the organization, told Re:Set. She pointed out that a large majority of the students do not understand the need for social distancing and some also experience unintentional drooling, thus enforcing hygiene is also a challenge that the institution will have to take into consideration.

Also read: Parents and Kids Are Unhappy About the Coronavirus-Caused ‘Vacation’

According to their ongoing plan, children who fall on the borderline, mild and moderate categories of disabilities will come back in the first phase while those who have severe disabilities or live far away will be considered for the later phases.

Whenever they do open their doors, the children will be coming to an altered environment where school assemblies won’t be conducted, group activities will be minimized and the playground and gyms will remain closed until further notice.

In other parts of Maharashtra, areas that have not witnessed COVID-19 cases for at least a month were allowed to open schools in early July for grades 9, 10 and 12, while following the guidelines prescribed by the state education department. According to latest reports, the central government has framed a plan to reopen schools in a phase-wise manner between September 1 and November 14, but the onus will lie on state governments to take the final decision.