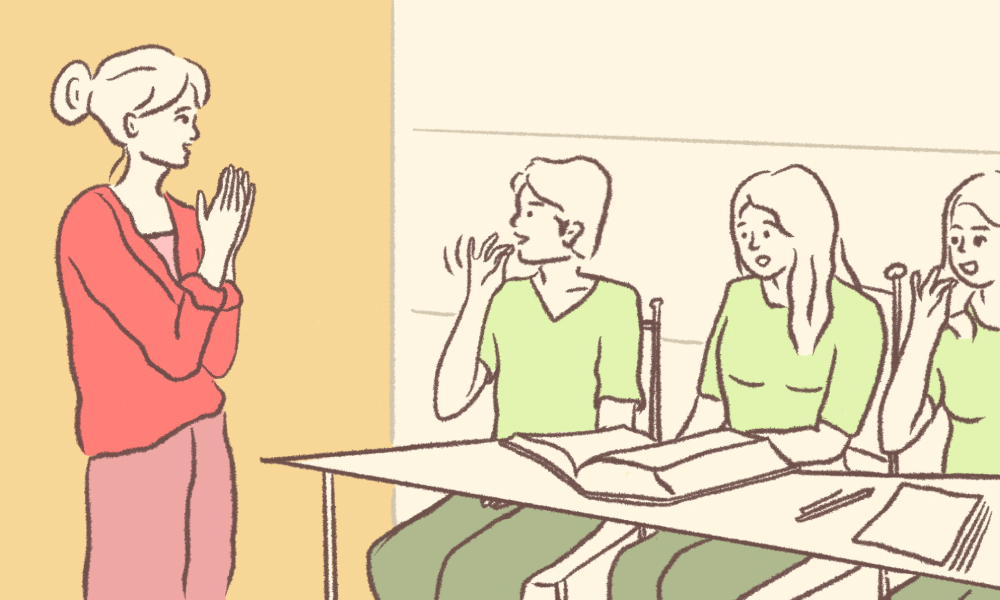 While being educated with their hearing peers does have benefits, deaf students run the risk of being disconnected from deaf culture. Illustration by (c) Reset Fest Inc, Canada

“I live in a hearing family where I’m tired of listening so I enjoy going [to deaf camps and clubs] with everybody else [who is] also struggling, just to hang out and just be us,” said Dr. Stephanie “Stef” Gardiner-Walsh. The assistant professor at the Department of Special Education, Illinois State University lives with hearing loss. As a child of a deaf adult and living with late deafness, Gardiner underlined that connecting with the deaf community through initiatives like clubs has been key to help her bond with people that “live with a similar experience.”

In the past, deaf schools would often help provide children with the opportunity to connect with their peers and find a sense of belonging. But, with more emphasis being placed on inclusive education, there has been a gradual shift of students from specialist schools for the deaf to mainstream schools in countries like the U.K. and the U.S. While being educated with their hearing peers does have benefits, deaf educators like Gardiner-Walsh believe that these students run the risk of being disconnected from deaf culture and the deaf community. 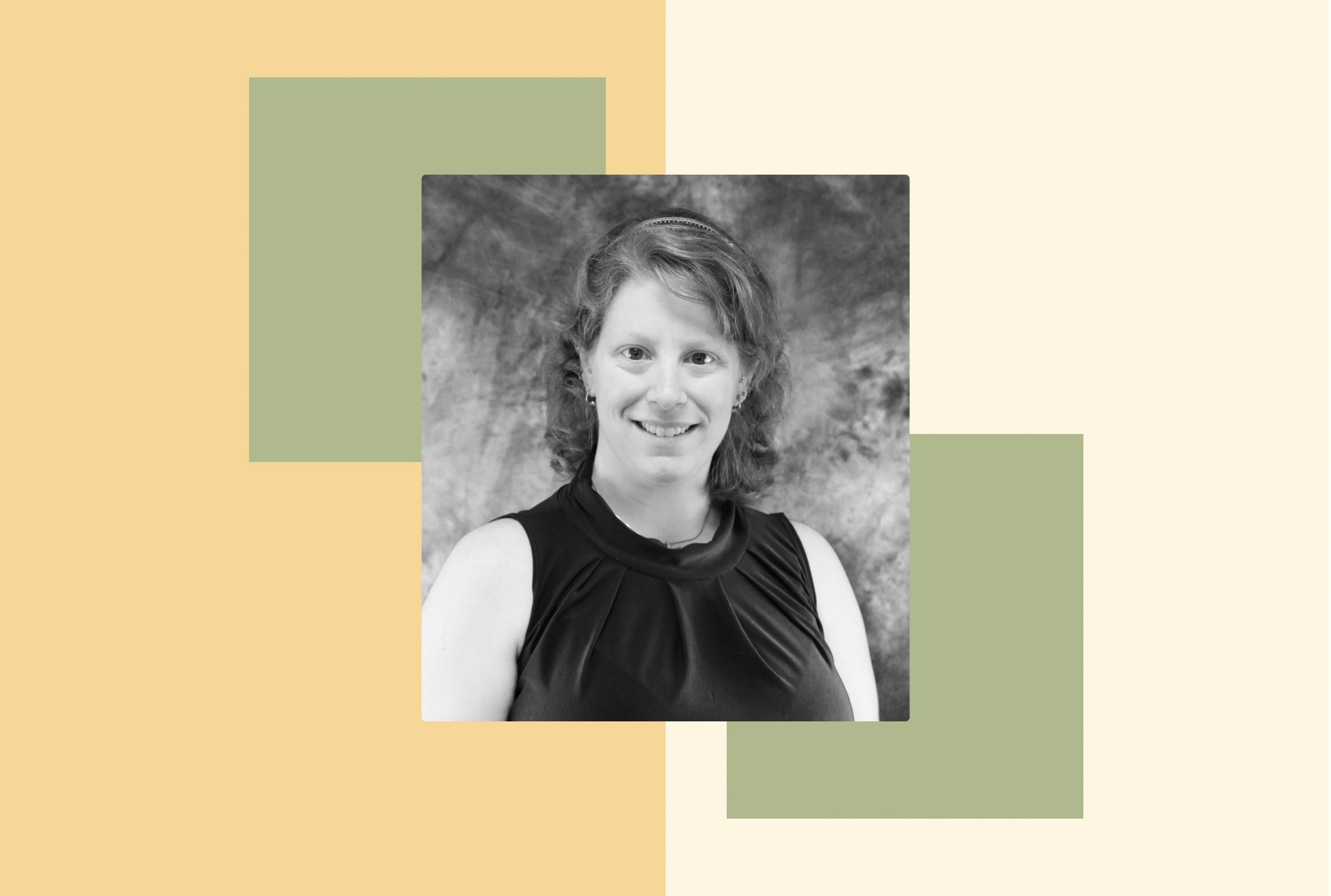 According to Gardiner-Walsh, deaf clubs and camps provide an opportunity for deaf people to meet others who share similar life experiences. Photo courtesy: Stephanie Gardiner-Walsh

“What we’re seeing is the deaf school population is decreasing because so many children are being mainstreamed,” Gardiner-Walsh told Re:Set. While integration is seen as “ideal,” she said, the challenges that deaf students face in mainstream classrooms range from lack of peer support to not interacting with successful role models who are like them. “We’re having fewer teachers of the deaf who are deaf and so children don’t see themselves as adults and they don’t have native sign language users as their language models,” she said. In the long-term, Gardiner-Walsh noted that they’re seeing more emotional and social issues including depression and poor self-confidence in students who are from a fully mainstream setting.

At the college level, she has observed that there are more deaf and hard of hearing students who “never learned to connect with the deaf community” and are thus missing out on crucial and helpful resources. “I have hearing loss myself and currently I have my computer hooked up to a little device that feeds the sound right into my hearing aids,” Gardiner-Walsh said. “I’ve had students arrive not knowing that could be done and so they’re taking off their devices, putting on headsets, trying to listen.” From deaf tech to financial aid, these students are unaware of the ecosystem that could better support them.

These hubs could provide expertise on visual learning methods, sign language tuition and act as a meeting place for deaf people from all walks of life.

These gaps that occur in the absence of specialist deaf schools could point to the need for new “education hubs” for children who are deaf, revealed research by the University of Exeter. In the paper published in British Education Research Journal, Dr. Hannah Anglin-Jaffe studied the impact that being in deaf schools had on deaf adults and provided insights into the need for deaf children to access deaf culture and sign language even within inclusive settings. In the paper, she argues that “these hubs could act as a new iteration of the special school for the deaf and host Deaf Clubs, specialist provision, pastoral support and social activity.”

She observed that these hubs could be run in schools and other social spaces such as libraries and community centres. If research suggested that the idea of these hubs are feasible, Anglin-Jaffe said, then various funding options could be possible ranging from social enterprise to school and community partnerships. “Further research is needed to discover whether the idea of deaf hubs would work in practice,” Anglin-Jaffe told Re:Set, adding that a scoping study could help properly estimate costs.

Working in partnership with mainstream schools and teachers of the deaf, the study noted that these hubs could enable access to local friends and support for family relationships. It recommends that these hubs be set up in relation to the numbers of deaf children in particular areas who would benefit from access to British Sign Language including those with cochlear implants. Jaffe reiterated that local authorities and social enterprises could be engaged to coordinate the range of services for these clubs. “Securing funding in an age of austerity” and ensuring equitable access to resources are potential challenges that Anglin-Jaffe sees for these initiatives.

Given the current circumstances with COVID-19 protocols, she believes that these hubs could function virtually as well, but reiterated the importance of physical space and its connection to the deaf and hearing communities.

Some of the prominent features of the hubs proposed by Anglin-Jaffe center around creating a space for children who are deaf to meet their peers and use sign language, thereby allowing them to engage as bilingual and bicultural learners. “Bilingual means being about to draw on linguistic resources from two languages, in this case, both English and British Sign Language with fluency,” Anglin-Jaffe said. “Bicultural means being able to move confidently between hearing culture and deaf culture.” She added that these hubs could provide expertise on visual learning methods, sign language tuition and act as a meeting place for deaf people from all walks of life.

“The idea of deaf hubs that I write about is inspired by the traditions of the Deaf Club which were popular in the U.K., the U.S. and elsewhere in the 20th century,” Anglin-Jaffe told Re:Set. A paper studying the impact of these clubs underlined that it provided members with a feeling of belonging and ‘home’ away from the hearing world where negative perceptions of deafness often exist. Ultimately, the aim of these hubs, according to Anglin-Jaffe, would be to “challenge the perception of a hostile, inaccessible ‘hearing world.’”

Could Education Hubs for Deaf Children Counter the Challenges Posed by Mainstream Schools?