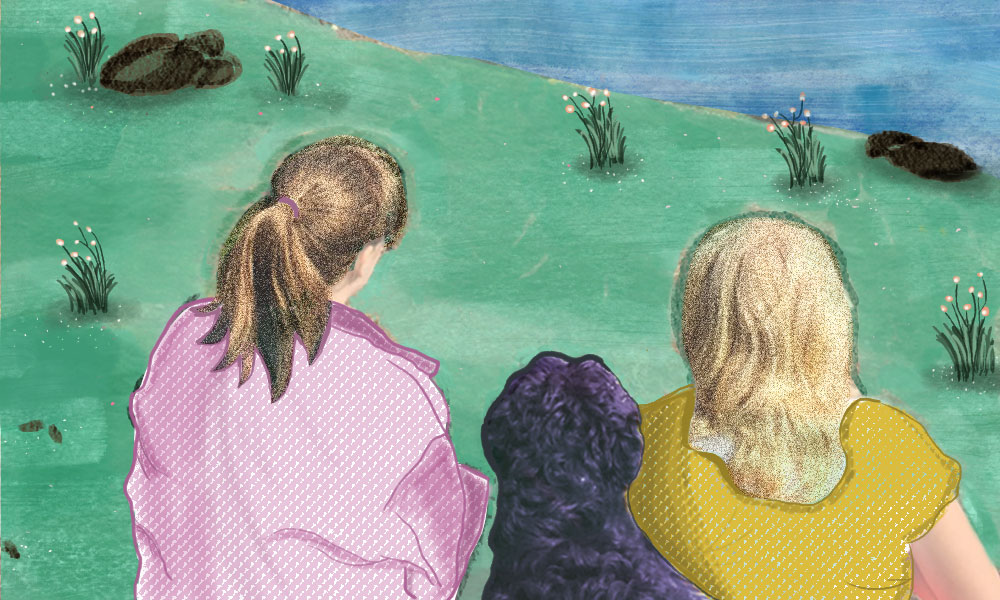 When Emma Langton, a hypnotherapist from the United Kingdom, adopted two young girls just over 12 years ago, she knew it wouldn’t be easy, but she wasn’t prepared for what was in store for her family.

Langton adopted the girls when they were four and five from a deeply traumatic household, where they experienced serious neglect and poor care.

“The way they interacted with people was different, the way they viewed others wasn’t the same, and their behaviour was something I didn’t know how to respond to,” Langton told Re:Set.

Trauma can happen to anyone. It might be acute, through a single-life event like a car crash or attack, or it could be chronic, through a continuous cycle, such as abuse, family divorce or separation from loved ones. The effects these experiences have on us at any stage in our lives are drastic. However, if trauma occurs during childhood, when our brains are still developing, it can cause even more damage.

It took me a long time to realize that their brains were formed differently because they had been traumatized.

“Usually, the right and left sides of our brain work together, but when trauma occurs in children, the bridge between the two hemispheres can collapse,” Stephanie Jarosova, a mental health and well-being therapist from the United Kingdom, told Re:Set. While the right side of our brain is responsible for managing emotions, the left side controls our logical responses. A broken bond between the two sides means that children can find it hard to make sense of everyday experiences and regulate their emotions, Jarosova explained. Imagine feeling angry, but you don’t know why. Imagine feeling scared, but you can’t pinpoint what you’re fearful of.

Being unable to regulate emotions means kids simply don’t understand why they feel the way they do and, importantly, they don’t know how to manage their feelings. This can often cause children to act out, appear aggressive or withdrawn, or display challenging behavior, especially at school. When Langton’s two children entered the school environment, she witnessed this daily. “No child goes to school thinking I want to behave badly today; I want to be disruptive or I want to be sent out of the classroom,” Langton said. “Teachers often just assume that a child is challenging, without really understanding why they are behaving that way.”

Langton adopted her two daughters at ages four and five from a traumatic household where they were neglected and poorly treated.

She would regularly receive calls from her children’s teachers who complained that the girls wouldn’t follow instructions, couldn’t get along with their classmates and simply wouldn’t behave or focus on tasks. She’d be asked to come collect them from the school.

“Teachers need to understand that behaviour is a child’s way of communicating; it’s not because they’re just naughty,” Langton said.

At home, she would see similar behaviour. “When I’d ask my youngest to do something, she’d run away and hide under a table. The other wanted to be the center of attention all the time, and if she wasn’t getting any attention, she’d act out,” Langton told Re:Set.

Langton’s daughters faced challenges in school and teachers often had trouble understanding why.

Decoding the relationship between stress and trauma

Understanding the reasons why trauma causes children to behave a certain way is essential for teachers. According to Jarovosa, when a child goes through trauma, their stress hormone becomes consistently heightened, which makes them fearful of everyday situations and anything they aren’t used to. For example, if their teacher was off sick and a substitute teacher was leading the lesson, this would cause their stress hormone to spike because there’s a new person in the room who they don’t know and aren’t sure if they can trust.

They constantly live in fear and are reluctant to change. All they can think about is feeling safe

“Imagine being in a room with a lion out of a cage, then being asked to answer that math question; it just wouldn’t happen. This is exactly what it feels like to traumatized children,” Jarovosa said.

Students who have experienced trauma need stability, support and understanding from their teachers. Before any learning can take place, the child’s survival needs have to be addressed first, ensuring they feel secure and relaxed in their environment.

One way to do that is by looking at the classroom seating plan. “You could sit them closer to the door, so they know they can get out of the room. Or, sit them at the back of the class where they can see everyone and aren’t fearful of what is behind them,” Langton said.

Also read: How to Start an Effective Peer-to-Peer Mentoring Program in Your School

Think about lunch breaks too, as being surrounded by kids playing and running around can sometimes cause stress hormones to spike. The school Langton’s daughters attend took steps to introduce relaxed indoor play, which meant the girls could sit inside a quiet room with another student and play games. This not only significantly reduced her daughters’ stress hormones, but also taught them social skills they had never learned before, as they saw how to take turns, share and engage with other children.

While building relationships can be difficult for traumatized children, it’s essential they have a designated individual in school who they can reach out to for support. “Just making sure there is an adult who checks in with them in the morning and again in the afternoon to see if they’re OK can be enough to make them feel safe,” Langton said.

Most schools expect children to arrive ready to learn, follow instructions and interact with others. They assume that the children’s basic survival needs are already met, such as being able to engage with others and knowing they aren’t in danger. But for traumatized children, the fear takes over and they find it difficult to concentrate on anything other than making themselves feel protected. They’ll do whatever it takes to remove what they perceive as potential threats in their environment: whether that’s shouting back at a teacher, withdrawing in class or generally being disruptive. Remember that a child being disruptive or uncooperative, could actually be their way of asking for help.

What Teachers Need to Know About Childhood Trauma