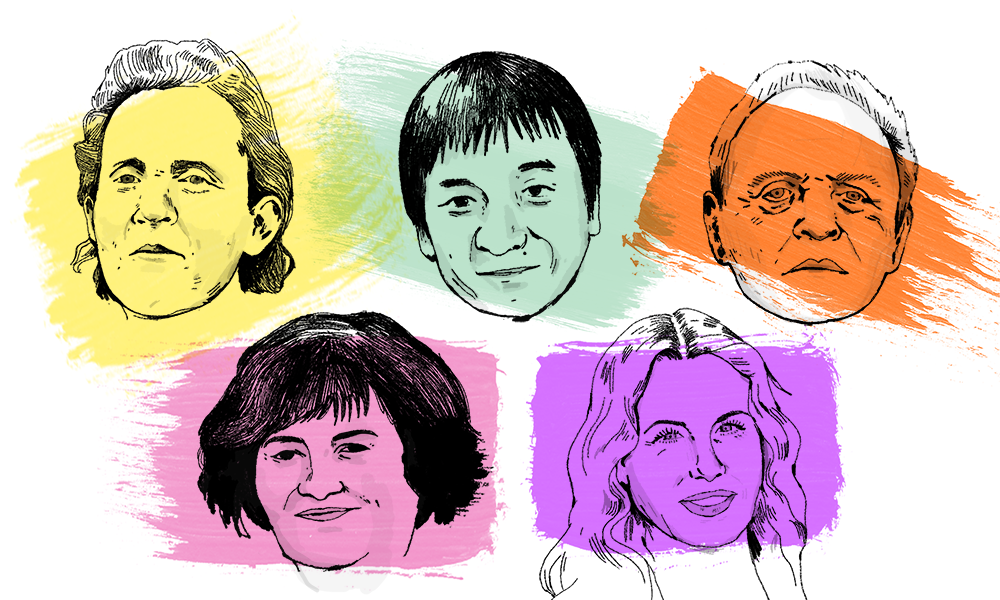 These inspirational people have shared their real stories about being on the spectrum. Illustration by (c) Reset Fest Inc, Canada.

In the 2011 film, “Wretchers & Jabberers,” two men on the autism spectrum decide to confront stereotypes connected with intellectual and physical disabilities by going on an ambitious journey. They use typing to talk to each other on their road trip, teaming up with allies and tackling society’s outdated views with much gusto. More often than not, people on the autism spectrum are pigeonholed into having rigid behavioural characteristics and mannerisms. Additionally, they’re forced to deal with stigma and have to shake off damaging labels and assumptions that don’t convey the truth in its entirety.

Consider the 1998 film, “Rain Man,” which encourages the idea that most people on the spectrum you’ll come across are savants which is, of course, not always accurate. What’s more likely is that you’ll meet all kinds of unique people who happen to be on the spectrum. In a fast-paced world where a lot of misinformation is available at the mere click of a button, it’s crucial to turn to positive, inspiring people and reliable sources with real stories about autism. Here is a list of some of the most inspiring people who’ve spoken about being on the autism spectrum.

Scottish singer Susan Boyle took the world by storm with her memorable appearance on the reality show “Britain’s Got Talent” in 2009. Three years later she was diagnosed with Asperger’s syndrome, a form of autism, which she publicly acknowledged later, talking about what the diagnosis meant for her. The singing powerhouse had lived a major chunk of her life under the assumption that she’d suffered brain damage as a baby: a result of an unfortunate misdiagnosis early in her life. Her Asperger’s diagnosis left her relieved because it gave her more clarity about who she is. “I was told I had brain damage. I always knew it was an unfair label. Now I have a clearer understanding of what’s wrong and I feel relieved and a bit more relaxed about myself,” she told the Guardian.

While the singer didn’t take up too many gigs after the show, she made a comeback on “America’s Got Talent: The Champions” in January this year. Boyle has inspired many with her raw talent and dedication to music.

Welsh actor Anthony Hopkins, 80, known for his role as Hannibal Lecter in “The Silence of The Lambs” among other films, didn’t receive a formal Asperger’s diagnosis until much later in his life: in his 70s, to be precise. He spoke to Daily Mail about how Asperger’s influences his acting. ‘‘I definitely look at people differently. I like to deconstruct, to pull a character apart, to work out what makes them tick and my view will not be the same as everyone else,” he said. Hopkins is a force to reckon with, and has a rich repertoire of roles attached to big films including “Westworld,” “Thor: Ragnarok” and “You Will Meet A Tall Dark Stranger.” In a 2017 interview, he said, “well, I’ve been diagnosed with Asperger’s, but I’m high end. A lot of people with Asperger’s are highly functional, but inconsistent.” The actor added that he ends up being restless all the time. “I tend to multi-task. I decide I’m not going to paint and then I’ll spend 24 hours painting.”

57-year-old American actor Daryl Hannah has starred in several successful films such as “Kill Bill:Vol 1,” “Splash” and “Wall Street.” Hannah is also known for speaking up about being on the autism spectrum, which made headlines in 2013.

The actor said in an interview that she’s had to deal with being incredibly shy for most of her life, which has made the prospect of attending public events hellish for her. “I’ve never been comfortable being the center of attention,” she told E:News. “It’s always freaked me out.”

Additionally, when she was diagnosed in her childhood, Asperger’s syndrome and autism remained misunderstood. Doctors advised her to consider medication and institutionalization. Acting proved to be a way out, letting her explore a fantasy world and explore a variety of roles.

Growing older has helped Hannah a great deal as she’s come to terms with how she feels and what she’s passionate about. She has adopted a lifestyle that’s relatively less prominent, working as an environmental activist and speaking up about things she feels strongly about.

“I wasted too much time scared, self-conscious and insecure,” Hannah said, referring to her past experiences. “Life is too short to stress the small things anymore.”

Japanese video game designer, Satoshi Tajiri, 53, created the much-loved character “Pokémon” in 1990. The designer, 53, was fascinated by bugs and arcade games in his teens. According to the Art of Autism, Tajiri’s parents didn’t fully support or understand his fondness for video games, thinking he was a proper delinquent after he ended up skipping classes in high school.

However, the determined Tajiri stayed loyal to one of his most important obsessions and pitched “Pokémon” to Nintendo in the 90s. While the company didn’t completely get his vision, they decided to back him, resulting in a legendary franchise that took over the world and continues to be a raging hit among millennials.

What’s worth noting is that the video game designer is on the autism spectrum himself. Some people on the spectrum can develop an obsession or fascination with something, focusing on it relentlessly. Something similar happened to Tajiri who used his love for video games to dissect them and study them closely as a curious teenager. His habit of collecting bugs and playing games, interestingly, led to him to create the cult of Pokémon.

An American animal scientist who educates young students about animal science at Colorado State University, Dr. Temple Grandin, 71, is renowned for talking unabashedly about autism spectrum disorder as someone who is on the spectrum herself. A 2010 film, “Temple Grandin” was based on her life and she was even hailed as one of the most influential people in the world by Time Magazine.

In her TED talk, “The world needs all kinds of minds,” Grandin gave listeners a glimpse into the minds of some people on the autism spectrum. “I think in pictures. I don’t think in language. Now, the thing about the autistic mind is it attends to details,” she said, explaining that someone on the spectrum is likely to identify the smaller letters faster than the bigger letters. She also shed light on how her visual thinking skills have been a huge asset for her while working with animals. “Visual thinking gave me a whole lot of insight into the animal mind. Because think about it: an animal is a sensory-based thinker, not verbal — thinks in pictures, thinks in sounds, thinks in smells,” she said.

Grandin has shattered several stereotypes about autism by showing the world that people on the spectrum can accomplish as much if not more than their neurotypical peers and continue to flourish. She has campaigned endlessly for people who have autism and even wrote a career guide for those on the spectrum. “I think if you got rid of all the autism and all the bipolar and things like that you’d have a bunch of social yakety-yaks that don’t do anything,” she told the Guardian in an interview. “You’d get rid of all the creativity. We’d be in caves if you got rid of all those people,” she said.

There are no dearth of inspiring people on the autism spectrum who continue to challenge outdated beliefs about the condition, and offer much-needed perspectives into what it’s like to live with autism. Many successful people who are on the autism spectrum have shared their individual journeys with the world, banishing myths and constraints about the neurodevelopmental disorder.

These People Will Change the Way You Look at Autism