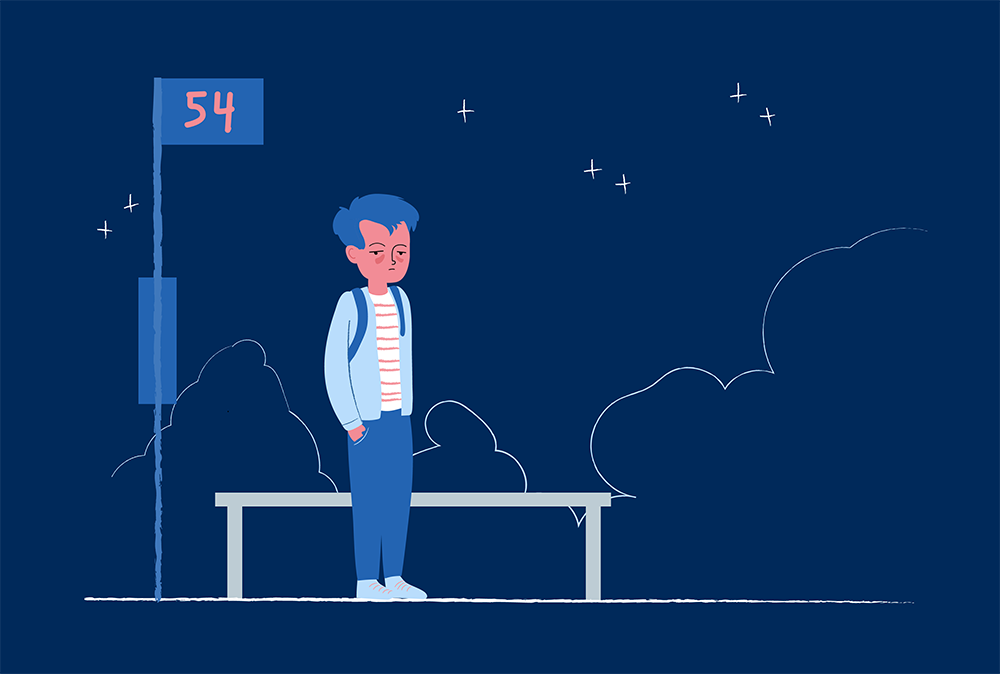 When Wendy Troxel’s son Jack entered grade 8, getting him up for school each morning became a huge challenge. Up until that point his classes had started at 8:35 a.m., but now they began an hour earlier. This meant he had to be up at 6 in order to get ready and be at the bus stop by 6:45 a.m.

“I felt like it was abusive,” Troxel told Re:Set, noting that it was always completely dark outside at that early hour. She’d have to shake Jack just to get him to wake up. Troxel knew just exactly how harmful it was to deprive her son of sleep. As a senior behavioural and social scientist with the policy think tank RAND Corporation, she’s one of a growing number of prominent researchers studying the importance of sleep for teens and the role schools can play in addressing the issue.

Sleep-deprived teens are more likely to be depressed or think about suicide.

According to the Centers for Disease Control and Prevention, sleep-deprived teens are more likely to be depressed or think about suicide, and are also more likely to be overweight and to engage in risky behaviours such as drowsy driving. Additional studies have shown that they’re also more likely to be tardy to school or absent and score lower on tests — no surprise, given that being sleepy makes it harder to wake up on time and also affects memory. Even general irritability and moodiness — already common in teens — are heightened by lack of sleep.

For teens, it all boils down to biology: at puberty, their body clocks shift so they’re not sleepy until much later in the evening, which means they’re no longer able to go to bed as early as they once did. In fact, teens aren’t generally ready to fall asleep until midnight, says Horacio de la Iglesia, a biology professor and researcher at the University of Washington.

And yet, given that they’re still growing, teens’ sleep needs are greater than those of adults. According to the American Academy of Sleep Medicine, 13-18-year-olds should get 8 to 10 hours of sleep every night. But scenarios like the one Troxel’s son faced make this impossible. Even if he’d gone to bed at 9 p.m. each night to try to hit the 9-hour midpoint, he likely would have just tossed and turned restlessly, unable to fall asleep.

Teens’ biological timing of sleep can’t be changed, de la Iglesia told Re:Set. “Asking them to wake up at 6:30 a.m. to go to school is like asking an adult to wake up at 4:30 to go to work,” he said. “And obviously when they get to school, they’re not ready to learn in that state.”

What can be changed, though, is the other side of the equation: the time that the opening bell rings at school.

That’s why in 2014, the American Academy of Pediatrics issued a recommendation that middle and high schools start at 8:30 a.m. or later to help teens get enough sleep. Unfortunately, a 2015 study by the CDC found that less than 20 percent of the schools in America met this guideline; the average start time was 8:03 a.m.

In the last few years, hundreds of districts across the United States have made the shift, pushing their start times later and their end times correspondingly later as well. One of the largest to do so is Seattle, which moved its start time to 8:45 a.m. (from 7:50 a.m.) in the fall of 2016. De la Iglesia, who studied the effects of the shift, noted that it increased sleep by about 34 minutes each night. “Bedtime did not change significantly, but the wakeup time did,” he told Re:Set. The results, published in the journal Science Advances, also showed that students’ grades went up by 4.5 percent.

Of course, sleep deprivation is hardly confined to the United States, and schools in other countries have taken similar steps to push back school start times. One study published last year focused on Singapore. The authors noted that students in East Asian countries “are driven to trade sleep for academic success.” As in Seattle, starting later meant students got more sleep: 23 minutes more per night after the start time was moved from 7:30 a.m. to 8:15 a.m.

One school in England tried moving its start time even later, to 10 a.m. (from 8:50 a.m.) resulting in higher grades as well as fewer absences due to illness.

And in Sweden, researchers are advocating that schools start at 9 a.m. or even 9:30 a.m., given the positive effects of later start times on well-being and academic performance.

Later start times also have a much broader impact, notes Troxel, who co-authored a 2017 study that looked at the economic implications of the shift. According to the analysis, the change would provide an economic gain of $8.6 billion to the U.S. economy after just two years, with significantly greater increases over time. These benefits were calculated based on two main factors: increased lifetime earnings as a result of higher graduation rates and attendance rates, and decreased car crashes due to drowsy driving.

“We did a more comprehensive analysis than had ever been done on the costs versus the benefits of changing school start times,” Troxel told Re:Set. “The conversation is [often] entirely about the costs … rather than what it’s costing us today by sacrificing the sleep of our students. And those costs are real.”

The Case for Starting School Later in the Day