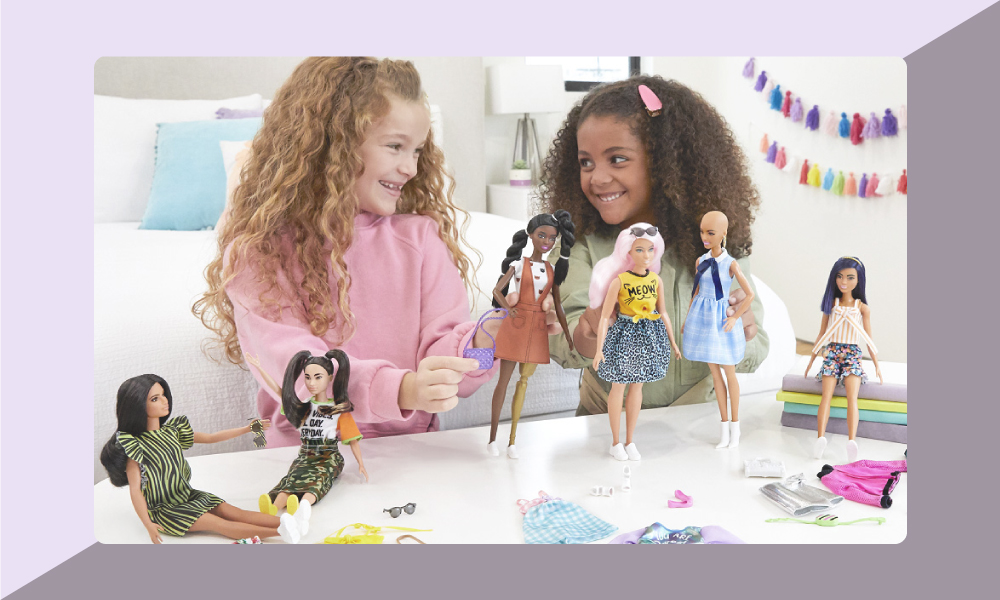 Playing with dolls alone and with others helps children think about people's thoughts and emotions. Photos courtesy: Mattel and Cardiff University

Nearly 68% of parents who were part of a global survey by Barbie revealed that they are concerned how the isolation caused by COVID-19 might affect their child and how their child interacts with others.

For children in their developmental years, several significant social skills, language skills, and non-verbal cues are learned through their interaction with other children and adults which is now missing in pandemic life. In the absence of schools, daycare and playdates, children can also learn some of these emotional and social skills from something in their own hands — their dolls. New research by Cardiff University has revealed that doll play activates brain regions that are associated with social information processing and empathy.

Studying 33 children between the ages of four to eight, the team of neuroscientists led by senior lecturer Dr. Sarah Gerson used neuroimaging technology to monitor their brain activity as they played with Barbie dolls. The research highlighted that the posterior superior temporal sulcus (pSTS), a region of the brain associated with social information processing such as empathy, was activated even when the child was playing on their own.

As the children engage with the dolls, it activates parts of the brain known to be important for social understanding.

Although traditionally, girls are encouraged to play with dolls more than boys, the benefits of solo doll play were shown to be equal across genders.

Helping children think about others

“In our study, we only looked at Barbie dolls specifically. Why we think that this might have been particularly beneficial is because these types of toys encourage implicitly the kind of play that helps you practice social skills,” Gerson told Re:Set. The children were given a wide range of dolls across a variety of genders, ages and sizes and also of different types like careers and family packs that “encourage play that practices social interactions without having to tell the children to do that.”

Even while playing on their own with the dolls, children are able to rehearse the social skills and empathy skills that are important for development and success.

As the children engage with the dolls, it activates parts of the brain known to be important for social understanding. Hence, they are thinking about other people’s thoughts and emotions. Even while playing on their own with the dolls, Gerson observed that children are able to rehearse the social skills and empathy skills that are important for development and success.

She pointed out that there has been research to prove that empathy is important for a variety of skills, not just for social relationships, but for future success in terms of leadership, careers, negotiation and conflict resolution as well. Gerson underlined that it has an impact on that individual for their long-term success and societal relevance.

Many parents assume that STEM-focused toys are the most educational while doll play does not hold similar benefits. The research by Gerson and her team refutes this belief and has determined that by allowing children to play out scenes between characters, doll play is valuable. It could also help parents tackle the fear that social isolation due to COVID-19 might hinder children’s development.

Also read: With Increased Screen Time Due to Lockdown, Here’s How Parents Can Address Cyberbullying

“When we started the study, we had no idea of the circumstances that were going to come about,” Gerson said, emphasizing that the pandemic makes the findings even more powerful because of the concern around children’s social development.

“Knowing that playing with dolls even by yourself can help you kind of practice these social skills should be really comforting to parents I think.”

Trolls, Fame and Money: What It’s Like Parenting a Child YouTuber
15 Mom Tweets That Sum up the Struggle of Parenting in a Pandemic

Want Children to Learn Empathy and Social Skills? Let Them Play With Dolls