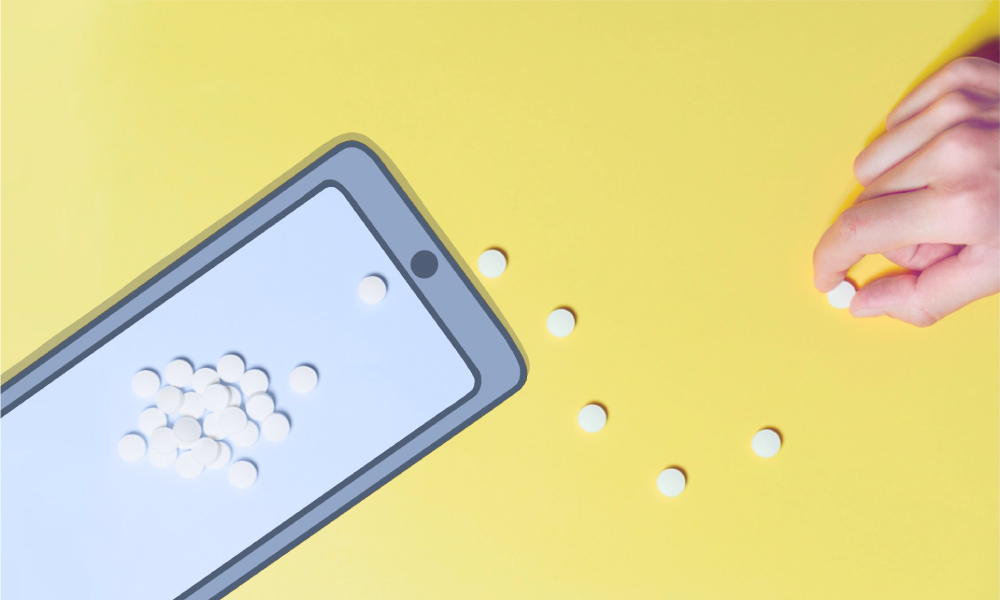 Pop culture has propagated a fear among people that medication like Adderall could change them or that they could end up addicted to them. Photo courtesy: Pexels

In a flashback to high school, Annie Edison, a character in the show “Community” is seen running through a glass pane while screaming “Everyone’s a robot!” The show, which is one of the most popular sitcoms of the past decade, weaves in the story of how Edison’s character gains the nickname “Little Annie Adderall” for getting addicted to the ADHD medication.

“That show…was the first time I remember understanding Adderall and ADHD medication and it was really scary to me,” Richelle Mather, a 20-year-old student from Dubai, told Re:Set. “Even when I wasn’t even diagnosed yet…it [made me feel like you’d] end up abusing it even if you have good intentions.”

While going to a therapist to deal with anxiety and depression, Mather was diagnosed with severe ADHD in 2015. Being unprepared for the sudden diagnosis along with the stigma around it led to her being wary about medicating. “I was apprehensive because ADHD drugs are associated really badly with abuse, so I wasn’t sure if I wanted to take them,” she remarked. Her doctor had to reassure her of her well-being before she took the prescribed medication.

From shows like “Grown-ish” to movies like “22 Jump Street” and “Bad Education,” ADHD medication like Ritalin and Adderall have become a mainstay in pop culture. The media has played a strong role in propagating the use of such stimulants as a performance-enhancing drug [for everyone], Dr. Sharon Saline, a Massachusetts-based clinical psychologist who specializes in ADHD, told Re:Set. “I think that stimulants have been depicted and popularized as a cure for poor concentration for anyone which is why they are being sold to students,” she observed.

A 2015 survey showed that usage of Adderall among high school seniors in the U.S. reached 7.5% which is among the highest usage levels for over-the-counter and prescription drugs. A study in the American Journal of Psychiatry stated that over 56% of the adults misusing the drug claimed that it helped them concentrate or stay alert. It further stressed that nearly five million Americans admitted to misusing stimulants that year with more than half of them being between the ages of 18 to 25.

Contrary to media portrayal, for those with ADHD, these medicines assist with many aspects of self-management, concentration, performance and organization, Saline said.

Conversations around mental health conditions are already taboo and medicating for them, even more so. So, when the media and popular culture feed into a narrative that misusing and getting addicted to ADHD medication is common, it may have consequences on the people who actually require it.

“Every time people would talk about ‘snorting Adderall’ in college it made me feel like some type of drug addict even though I’ve been diagnosed by three different psychiatrists,” Corrie Stoddard told Re:Set.

The 25-year-old California-based web developer was diagnosed with ADHD in 2016 and has struggled with other people’s perception of her condition and the medicines she uses. A co-worker even once told Stoddard that “Adderall is meth for kids” prompting her to try to hide her illness from others. Talking about how the media has affected her perception, Stoddard also pointed to podcasts like Joe Rogan’s and documentaries like the Netflix film “Take Your Pills” that misrepresent the condition.

Remarks by colleagues and those around her have led to Stoddard preferring to keep her condition a secret. Photo courtesy: Corrie Stoddard

She remarked that she didn’t have these issues at the start, but after being exposed to the narrative that ADHD medication is addictive and unnecessary, she is left wondering, “should I continue taking it because maybe they’re right [that] I am secretly a drug addict or lazy.” Stoddard has also been asked by people to give them some of her meds after they spotted it at her house.

With the medication glorified in pop culture and being fairly easy to procure, it’s not uncommon to hear phrases such as “pop some Adderall” or “taking an Adderall before an all-nighter” on college campuses in North America. In a survey by Ohio State University, 18% of undergraduates reported misusing prescription medication such as Adderall. Most respondents reported that they had received them from friends.

For Stoddard, even refilling her medication has now become a cause for anxiety, “I dread telling them the name Vyvanse (a medication used to treat ADHD) because compared to my other medication I am much more likely to get an “oh that one” and a weird look,” she commented.

thank you for this. Being prescribed adderall comes with enough stigma. The pharmacist, my friends, my family all inadvertently make me feel like I’m doing some something wrong or cheating the system because I take it. We don’t need to Trump adderall conspiracies also.

The fact that people take Adderall when they don't have a doctor's prescription doesn't help people with ADHD get the medications they need to concentrate. It's annoying how I cannot get refills from the pharmacy for my ADHD medication since people misuse it.

Misconceptions around ADHD medications are also ingrained into pop culture. Mather points to hip-hop music which often drops references to “Addy,” including a whole song by the rapper Gunna named after the drug. “Wake up, I pop me a Addy, hard to stop poppin’ these Addies,” go the less than subtle lyrics.

“Songs like these remind me of how many people take Adderall and enjoy it,” Mather remarked, “It makes me scared that at any point [my medication could] stop helping me with my productivity and end up being an actual drug I’m abusing.” This has led to her refusing to take it many times because she’s constantly worried of forming a reliance on it.

The media portrays ADHD medication in two ways — as an addictive substance and as a cure that helps people with ADHD act “normally” which implies that they aren’t “normal” without it which isn’t true, Saline told Re:Set. But she underlined that for people with ADHD, these stimulants are not addictive and leave the body within the prescribed time frame, it can be addictive for those without the condition. Elaborating on the portrayal of these medicines onscreen, she said, “I think it makes people more suspicious about taking the medications because they feel stigmatized.” Being exposed to seeing them abused could create a fear that the medication will change who they are, she remarked, adding that many parents, who may sometimes be hesitant to medicate children, also worry about them abusing stimulants or selling them.

Both Mather and Stoddard agree that what is missing currently is also the accurate depiction of people with ADHD in the media, especially women with the condition. “I haven’t seen anything with the actual facts or experts portraying the struggles of people with ADHD reaching anywhere near the same level of prominence in pop culture,” Stoddard said.

How Misrepresentation of Adderall in Pop Culture Impacts People With ADHD