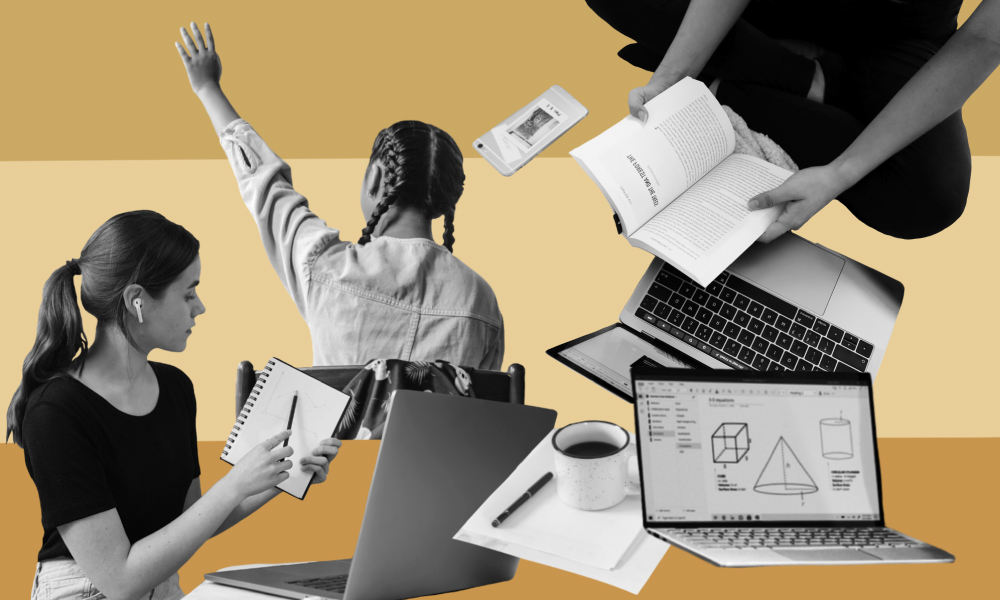 Educators are unsure how to curb the innovative ways students have found to cheat during assessments. Photos courtesy: Unsplash and Pexels

Delhi-based secondary school teacher Shraddha Malhotra* thought she had seen all kinds of cheating tricks — hidden folded notes, going to the washroom or even attempting to use the phone while faking a medical emergency. Then COVID-19 hit.

Now armed with the ultimate weapon of distance, she started noticing students trying new ways to get around the teacher’s watchful virtual eye. First, parents would sit with them outside the view of the webcam and have books open during tests. Then, they found out that students would cheat while asking for permission to go to the washroom. Lastly, Malhotra realized that sometimes a student would say their camera wasn’t working and have their tuition teacher sitting with them.

“These are just assignments by the way,” Malhotra told Re:Set. “And these are things I’ve been told by students who come to my evening tuition classes, when I asked them why marks for so many students are fluctuating during online assignments.”

Slowly, schools across India are opening up for certain age-groups, but for most students, upcoming exams of the current school year will be held at home. And, in a year awash with troubles teaching online, cheating during exams is raising new concerns.

“We haven’t been given any guidelines on how to stop this,” Malhotra added. “I speak to students who I am suspicious of based on their performance, but all we can do is talk to them and their parents.”

The problem isn’t new, as multiple scandals of cheating have been reported all across India over the years. But COVID-19 has added a new element to the proceedings. This week, it was found that students even applying for the GRE were  cheating at home while taking the entrance exam, with groups of experts helping students while the invigilator was limited by the field of view of the webcam.

“All we can do is talk to them and their parents.”

According to Latha Karkera, principal of MVM’s B.G.P.S in Mumbai’s Andheri West, the responsibility in part lies with lack of government directives.

“My nephew told me that in their college, they have apps which monitor this, but this isn’t possible in all schools,” Karkera told Re:Set. “Private schools have given teachers training, and provided computers. They’ve worked hard, but how much can they do?

“We cannot help it, no?” she asked laughing.

Karkera tried to put a stop on the cheating and during small tests got students to write their answers and upload the PDFs. Last month, they found that 10 children from grade 9 copy-pasted answers while sitting together in a group.

“We don’t have any directives on how to tackle such problems, not even for final exams. We’re in a tight corner,” Karkera added.

Reena Rajendran, the academic coordinator of Cosmos Public School in Mumbai, thinks that whatever measures they put in place, the students seem to find a way to circumvent.

“Even for oral exams, we feel that parents are standing close-by with books or phones open,” she told Re:Set. For written exams where we won’t have this instant response, no mechanism will work. We know this reality.” 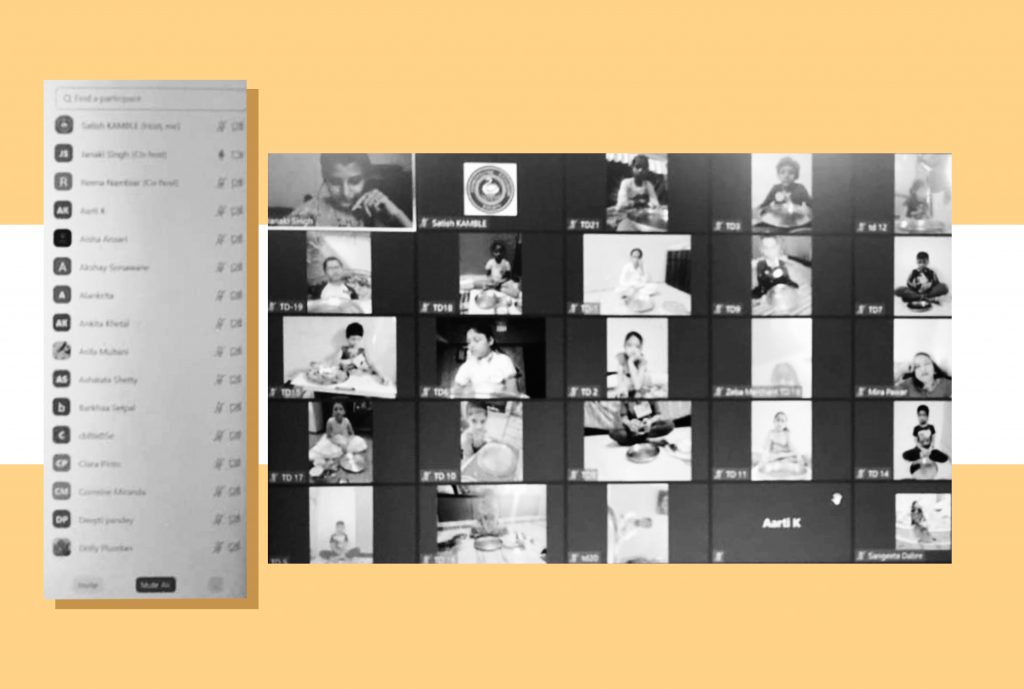 Cheating isn’t as rampant among younger students who are easier to influence about the academic wrongdoing. Photo courtesy: Latha Karkera

Rajendran though explained that with younger students, teachers have been able to rein in the cheating by telling them about the morality of cheating, and how it’s bad, especially in this difficult time. “This seems to work for them [younger students] as they tend to be more obedient, but with older students we can’t control it,” she said.

Another school principal, on the condition of anonymity, confirmed to us that her primary school students aren’t cheating as much in comparison to their senior peers. One of the key reasons for older students cheating is parental pressure which isn’t as strong among younger ones, the principal told Re:Set.

“With older students we can’t control it.”

To manage seniors cheating, her school plans to do for finals what they’ve been doing for smaller  tests — give tests on Google Forms and hope for the best. “They [senior students] think it’s an artform,” she said.

Some universities around the world have tried to curb cheating during online exams using new methods. In Singapore, for example, some universities are using AI to block web browsers and track students’ eye movement, while asking them to take a short video of their location. These measures aren’t implementable at scale in the less developed parts of the world like India, and even to an extent in the U.S., where cheating during the pandemic has been rampant.

Vikrant Khare, who runs a start-up which teaches students in vernacular languages using videos, thinks the effect of this rampant cheating could be even more pronounced on those students who aren’t. “It’ll reduce the value of hardwork for those who actually study and sacrifice other parts of their life for exams,” he told Re:Set. “Students talk very proudly when they’ve cheated, so not having any consequences for it will devalue honesty for the ones who aren’t doing it.”

Also read: ‘Struggling Like Hell:’ How COVID-19 Intensified the Pressure for Teachers Who Are Also Moms

‘Struggling Like Hell:’ How COVID-19 Intensified the Pressure for Teachers Who Are Also Moms
Applying to College? Here’s What You Need to Know About Including Extracurriculars Activities