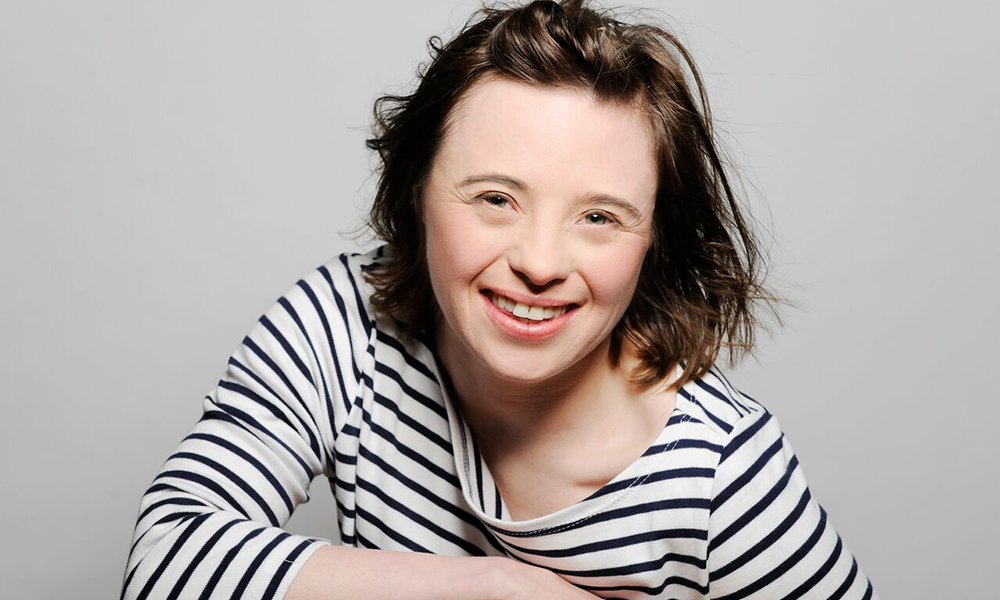 In March 2018, a group of parents made a carpool karaoke video that featured fifty mothers along with their children to mark World Down Syndrome Day. It touched the hearts of millions of people across the world. Even the creator of the original carpool karaoke series, comedian James Corden, couldn’t resist joining in: “This is the most beautiful Carpool Karaoke. It made me cry,” he tweeted. October is Down Syndrome Awareness Month and this time around, we revisit this video to raise awareness and bust five myths about this often misunderstood condition.

In an interview with the BBC, Rebecca Carless, one of the moms featured in the video, said, “The idea is, we are just normal mums, we love our kids, they love us, and they are just like other four-year-olds, we wouldn’t change them.”

The video is simple and has a transparent message: it’s possible to have fun and enjoy life while raising a child with Down syndrome.

Down syndrome, which is the result of an extra chromosome is often, but not always, characterized by symptoms such as decrease in muscle tone, developmental delays and increased susceptibility to infections. Certain misleading stereotypes about this condition exist such as individuals with Down syndrome have a shortened life expectancy and that they’re always cheerful, which aren’t true.

Here are some of the most prevalent myths surrounding the medical condition.

This is a myth. The life expectancy for people with Down syndrome is age 60 or more. While they may be more likely to face health complications such as heart problems, early intervention and surgery can really help. As for other health concerns like respiratory issues, medical treatment options are widely available and have developed enough to make it easy to detect infections early and monitor treatment.

With a healthy lifestyle and proper medical assistance, many individuals with Down syndrome have a good life expectancy like their neurotypical peers. The Canadian Down Syndrome Society regularly puts up videos with answers to the most common questions on the medical condition and gets people with Down syndrome to answer them and clarify things for viewers. For example, in one of the clips, a woman with Down syndrome debunks myths about life expectancy and shares her own thoughts on life. “Honestly, I don’t know how long I’m going to live, any more than you do,” she said. “I’m 42 and I think I have good things left in me. I will spread my wings.”

People with Down syndrome cannot be independent or fall in love

It’s absolutely possible for a person with Down syndrome to fall for another person, love them and marry them. They can also chase their dreams, work towards financial independence and be successful.

Sarah Gordy is a British actress, known for her appearances in “Call the Midwife” and “Upstairs Downstairs.” The 41-year-old told Re:Set that she has always been fascinated by acting and didn’t consciously choose to be a professional actress; acting chose her instead. “My mum found she could teach me stuff through drama when I was about three. My sister Catherine is 16 months younger than me and we would sit around the kitchen table and mum would tell us stories,” she said.

Gordy is against labels and generalizations, saying she refuses to be constantly judged as someone with Down syndrome. “I am a woman and an actor first. My difference makes me interesting,” she told Re:Set, referring to her passion towards acting and playing different roles. Gordy also thinks anyone can be in love. “We are all different but most of us fall in love, Down syndrome or not. It just depends how you want to live your life.”

“I  am a woman and an actor first. My difference makes me interesting.”

Frank Stephens, 37, an American actor and advocate for people with special needs, went viral with a video testimony in 2012. In the video, Stephens, who has Down syndrome, makes a case for individuals like him. “I am a man with Down syndrome and my life is worth living,” he said, speaking out against the abortion of fetuses with Down syndrome. “Seriously, I have a great life! I have lectured at universities, acted in an award-winning film and an Emmy-winning TV show, and spoken to thousands of young people about the value of inclusion in making America great,” he added.

Individuals with Down syndrome are happy all the time

This isn’t true. People with Down syndrome feel pain, anger, frustration, sadness, fear and other emotions, like everyone else. They’re often generalized as always being cheerful, which is a vastly misleading statement to make.

Clara Lehmkuhl, a 28-year-old South African zumba instructor and professional tennis player from Abu Dhabi, has Down syndrome. And she is no stranger to complex emotions. “We grieve the loss of a friend or a family member even more than a normal person. We get sad if people bully us,” she told Re:Set. “We get sad if our friends move away and back to their home countries. We also have worries that we don’t have a place where we can live independently,” she said.

Clara emphasized that people with Down syndrome experience complex emotions just like everyone else. Photo courtesy: Lizette Lehmkuhl

Life as a person with Down syndrome often involves tackling ignorant generalizations about the condition. Many people don’t understand it and are confused about its complexities. For instance, Robb Scott, a Canadian father of a child with Down syndrome, made a video about his encounter with another dad at a video rental shop. The stranger explained Down syndrome to his child by calling it an “illness” that involves “not knowing anything.” Scott was extremely upset on hearing this but couldn’t react. He later decided to address it in a short video on social media. “Down syndrome is literally one of the most beautiful things that has ever happened in my life,” he said. “It’s fun, it’s brilliant, it’s amazing, it’s funny, it’s kind, it’s loving, it’s cuddly.” Scott emphasized that his son has taught him many precious life lessons.

Children with Down syndrome cannot go to regular schools

This is false. “Children and young people with Down syndrome can go to regular schools and when appropriately supported, they can do really well,” Dr. Elaine Killowry, an educational psychologist at Future Rehabilitation Centre, UAE, told Re:Set. She recommends teachers identify the needs of a child with Down syndrome at the beginning of the year and plan accordingly.

“Although a student with Down syndrome may not always be able to keep up with their peers, what is important to remember is that they make progress based on their individual goals,” Killowry said. “Class teachers should be guided by the student’s individuality and not the label of Down syndrome.”

“It was not easy getting into a mainstream school.”

In June last year, a clip of a high-school graduate with Down syndrome went viral for his infectious enthusiasm. Carlos Neira, from Texas, was so excited at the prospect of graduating, he even performed a few impromptu dance moves onstage. His mom, Teresa Neira, credited her son’s faith and positive attitude for the milestone. “He’s given us an example of sharing, of love, of happiness,” she said. “Nothing gets him down. He looks up and points to God. He’s full of faith. Lots of faith.”

If you have a child with Down syndrome and are worried about their educational opportunities, it’s a good idea to approach a medical professional for help and advice. Additionally, consistently track your child’s progress with their school counselor, discuss customizing their education based on their comfort level and ensure they’re happy and safe in the school environment.

Clara was the first student with Down syndrome to attend a mainstream school in South Africa. Photo courtesy: Lizette Lehmkuhl

A special education needs coordinator (SENCO) can also play a vital role in the planning process, according to Killowry. “I believe that having an onsite SENCO, SEN team is fundamental to the successful inclusion of students with Down syndrome in mainstream schools,” Killowry told Re:Set.

Life will be full of tough moments for someone with Down syndrome.

Individuals with Down syndrome will go through ups and downs in life, like everyone else. It’s important to understand that their days will not be predictable or challenging. Neither will they always be in pain or struggle to live normal lives.

They can pursue lives of fulfillment and develop close bonds with their family members and form long-lasting friendships. They can enjoy great food, celebrate little triumphs, hone their talents and be happy.

A heartwarming video, “Dear future mom” made its way into the lives of millions of online viewers a few years ago, featuring 15 individuals with Down syndrome. They had plenty of reassuring things to say to a lady who had just been informed the child she was expecting had been diagnosed with Down syndrome, leaving her petrified. “Dear future mom,” it begins, “don’t be afraid. Your child will be able to do many things.” It goes on to list several examples such as how her kid will be perfectly capable of giving her hugs, talking to her and telling her that they love her. At one point, the trickier aspects of being a parent of a child with Down syndrome are mentioned in the clip as well. “Sometimes, it will be difficult. Very difficult. Almost impossible. But isn’t it like that for all mothers?” The video emphasizes that it is possible for families who have a child with Down syndrome to be happy and content, no matter who they are.

Our hero! Meet @clari.dance, a tennis champ who’s representing @UAESO at the @worldgamesad. Clara is challenging misconceptions on Down syndrome while living her dream at the games. When she’s not on the court, she’s a professional Zumba instructor in Abu Dhabi! We caught up with Clara at the @specialolympics and asked her to share her message on #WorldDownSyndromeDay. #ReSetYourEveryday #InclusionRevolution #MeetTheDetermined #ChooseToInclude @craftyliz

Clara told Re:Set that she’s been lucky to have had a great childhood and plenty of happy memories. She has her eyes set on the future. “My future goals are…to find an office job here in Abu Dhabi, to live independently and to get married one day,” she said. She also hoped to bag a medal at the Special Olympics held earlier this year in Abu Dhabi, and she successfully did.

Down syndrome is a medical condition that has been misunderstood for a long time. It isn’t black-and-white and cannot be treated with a one-size-fits-all approach. In fact, it has been suggested that Down syndrome might even be the key to unlocking a cure for Alzheimer’s, a point Stephens highlighted in his testimony as well. Each person with Down syndrome will have their own set of triumphs and low points, their unique experiences and stories, no matter where they’re from — just like anybody else.

On Love, Independence and Grieving: Shattering Down Syndrome Stereotypes