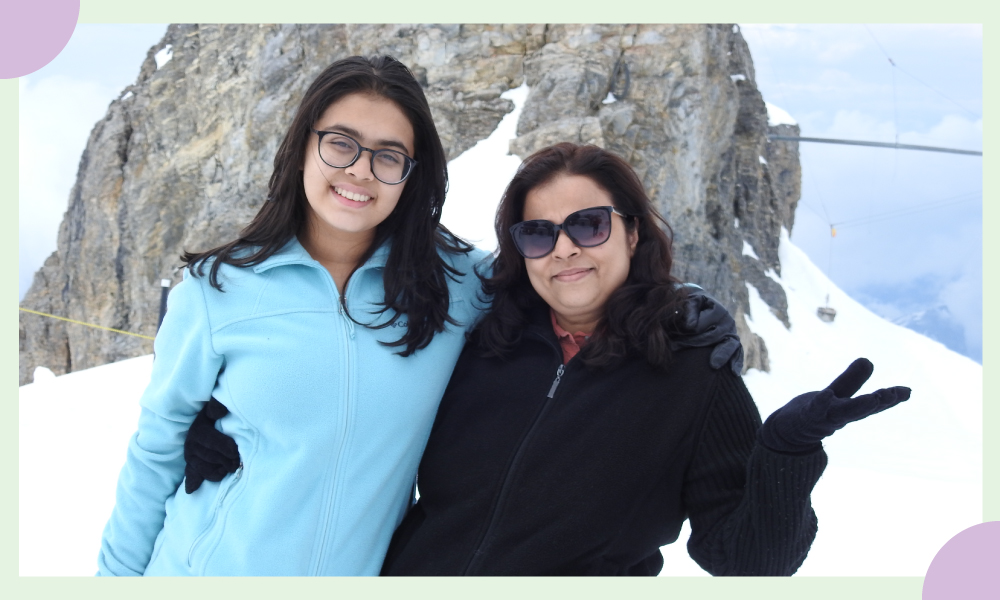 Shrddha Valame knows that despite wanting her daughter, Viha, to travel, the pressure for fancy vacations stems from peers. Photo courtesy: Shrddha Valame

Viha Valame’s latest vacation earlier this year was an excursion to Switzerland. The animated 14-year-old with rectangular glasses and dark, straight hair has been on several holidays away from her home in Mumbai, India over the last few years. The summer holidays hold high stakes for her and her classmates in school, a reputed institution in the city. Nearly everyone comes back with a story from adventures at a coveted tourist spot. It’s a trend that’s having a massive impact on school kids from middle-class and upper middle-class backgrounds in India, according to Mumbai-based Meenal Mishra, a psychologist who often works with children. The competition is fierce. If you haven’t experienced something worth bragging about during the holidays, you’re in the minority.

“If I don’t do [trips], I can visualize what will happen,” Shrddha Valame, Viha’s mom told Re:Set. “Not having these opportunities really affects their [kids’] psychology. It becomes very difficult for them to be friendly [with each other] and the child becomes aloof,” she added.

Shrddha believes that a kid without travel stories may feel lonely in class and be treated as an outcast because they can’t relate to their friends’ holiday stories.

She cited an example: most of Viha’s classmates use Instagram, but there’s one girl who chooses to remain inactive on the platform because she doesn’t have tales from trips to share. “There is definitely a lot of peer pressure,” Shrddha acknowledged. She’s passionate about travel herself and chose to arrange trips to expand her daughter’s perspective and show her the world. However, she didn’t realize it would become a competition between parents. “It [the comparison] is about your lifestyle, traveling, brands, restaurants you go to, what you do on the weekends,” she said. Shrddha also believes this extends to the kinds of activities and experiences you have during the trips abroad.

“If I don’t do [trips], I can visualize what will happen.”

In India, the rise of disposable income and a burgeoning middle-class and upper middle-class has made it possible for many families to plan international trips. The ubiquity of social media platforms like Instagram and Snapchat have added to the pressure children face to show off their travels.

Mishra has encountered several patients who’ve spoken to her about wanting to travel like their peers. “Every kid who ends up traveling does want to share their stories,” she told Re:Set. “One of my patients was a child who complained to me that his family didn’t go anyway during the school holidays…because his parents didn’t have time.” The child also didn’t want to go to school for the first three days after the break. “I have nothing to share. And if I’m honest about it, my friends will make fun of me,” he told Mishra. The struggle to blend is a relevant issue. “This [comparison] can get embarrassing for kids. The psychological effect on them is immense. Their confidence suffers, their self-esteem takes a hit,” she said. “Children start feeling like they’re not as accomplished as their peers who’ve visited popular travel destinations.”

Ashraf Engineer, a communications consultant from Mumbai thinks it’s nearly impossible to avoid being compared to other families. He stays with his family in Bandra, an affluent neighborhood, where, according to him, there is immense pressure to fit in and match the social standards. 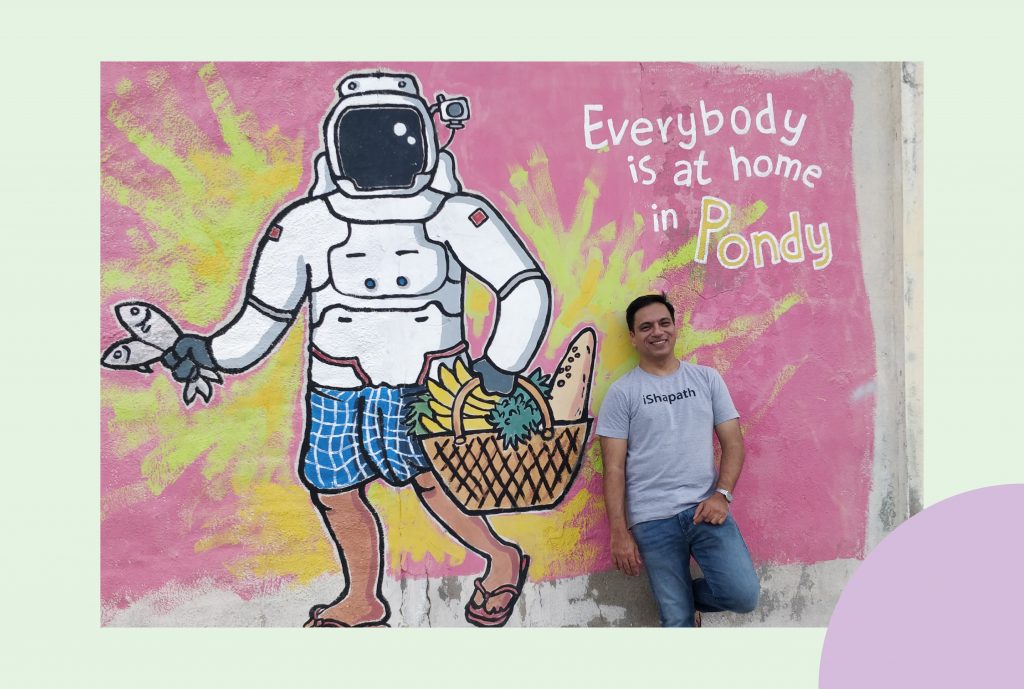 Ashraf Engineer thinks it’s essential for parents to not give into societal pressure while planning trips. Photo courtesy: Ashraf Engineer

“I don’t think human nature will allow us to do away with [the comparison] it altogether,” Ashraf told Re:Set. “It is in our nature to be flawed and flaunt [things].” For Ashraf and his daughter, Sadiyah, 16, it’s crucial to talk about any kind of hardship she may face in school. He pays attention to how he talks about the world and what Sadiyah should expect from others. While he’s keen on encouraging his daughter to travel, he thinks it’s best she waits. For instance, he explained to her that the trip to Europe she’s really wanted to take would be far more rewarding in her 20s. She agreed. “She’s a very mature kid and she always has been,” he said. “She gets it and responds accordingly.”

Another dad, Sarb Randhawa, often documents his role as a parent and thinks that the fear of missing out is real. The marketing professional from Chandigarh, India, went on a trip with his family to Mauritius last month for a break. His daughter, Ridhaynoor, is three and highly energetic. “Some of these minds are young. They’re impressionable,” Sarb told Re:Set. “It was pretty simple for us [growing up]. In today’s times, our kids [have to] navigate this society and the world that we live in. It’s too complicated.”

Sarb consciously avoids hanging out with parents who brag about their exotic vacations abroad. He prefers being around his close-knit group of friends who don’t fake it or flaunt what they have. Being unfazed by external factors is his priority, but he knows it’ll be trickier once Ridhaynoor starts school. 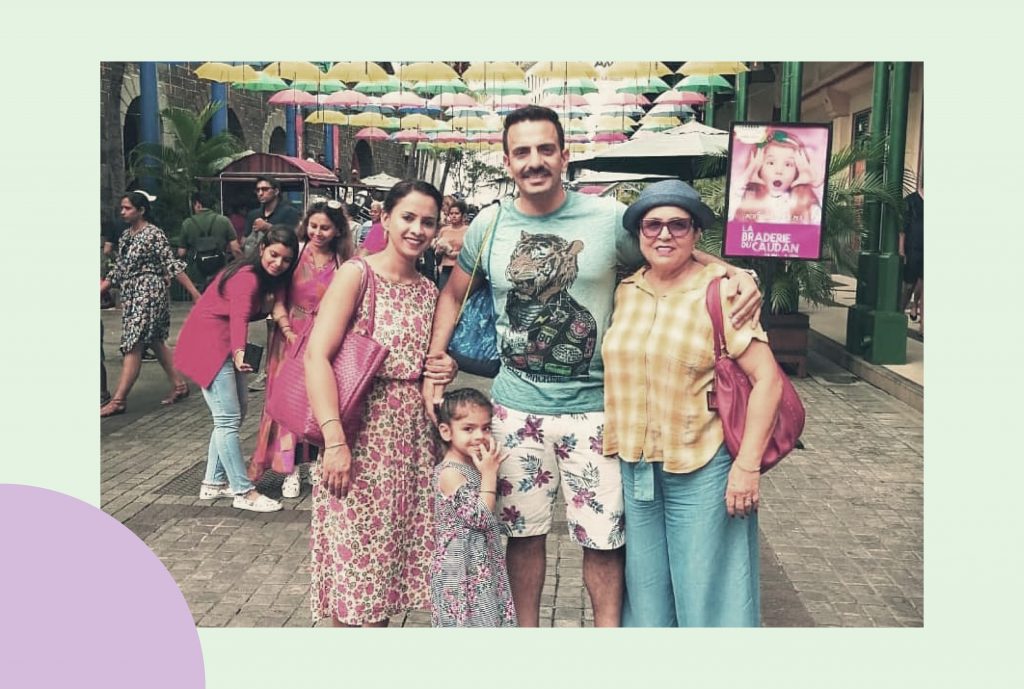 Sarb prefers having a small but close-knit circle of friends over a more influential but flaunting circle. Photo Courtesy: Sarb Randhawa

According to Mishra, the best way to tackle this stress is by talking to kids and encouraging them to look at trips as a way to grow and explore different cultures rather than to flaunt the opportunities they receive.

“It is in our nature to be flawed and flaunt [things].”

Despite peer pressure, some children remain undeterred by the norm. Preethi Venugopala, an author from Bengaluru, India, asked her 10-year-old son, Akshaj, whether he gets overwhelmed by stories of his friends traveling and feels left out. He doesn’t. “He says though some kids do talk about such [travel to exotic locations] things, he is not interested,” Preethi told Re:Set. “He loves listening to such tales, but is not dreaming about such things. As of now.”

Trips to different countries can be a costly affair and Ashraf highlighted that parents should keep in mind their financial limitations while planning a vacation. He believes no kid should take trips for granted and parents should communicate with them about why it’s important to stay away from comparisons. “We’ll never be in a position where people who are richer than us are going to stop doing something because we can’t.”

Should Summer Homework Be Left Behind or Will Children Be Left Behind?
‘Just man up:’ Postnatal Depression Among Fathers Is Still Not Taken Seriously