The Re:Set Guide to Creating a Suicide Prevention Policy in School 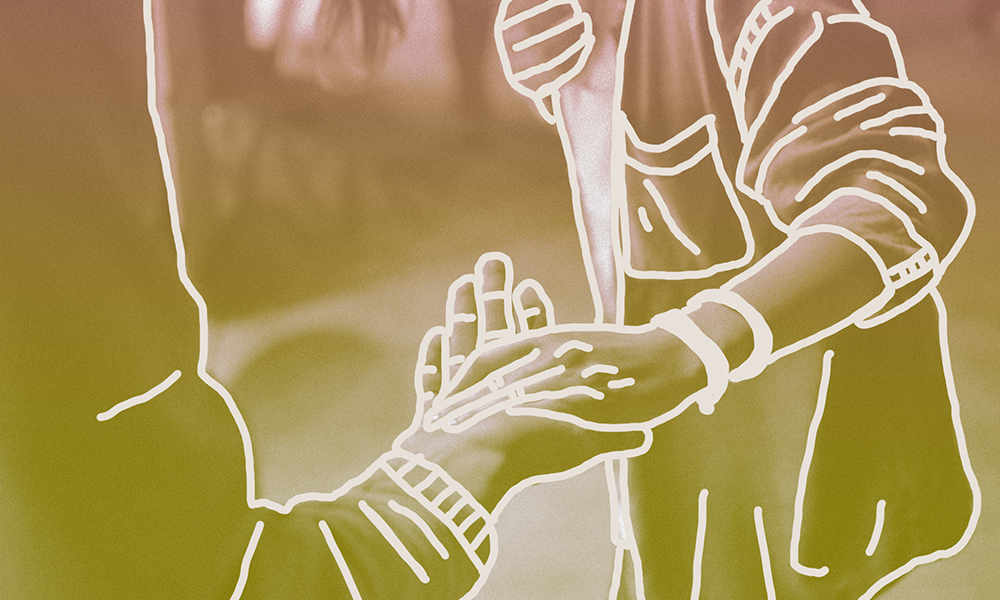 Involving all stakeholders and offering support to the student community is important to prevent suicide on school campuses.

“I noticed that one of my students looked particularly upset, and although she wasn’t usually quiet, I felt her response [to their exam results] was more dramatic than I would have expected,” Amy Benziane, a 30-year-old former teacher, told Re:Set, recalling one particularly horrifying lesson during her teaching career. Benziane was starting, what she thought would be a usual, yet fairly stressful, lesson with her year 10 students. But, she wasn’t prepared for what she was about to deal with.

It started when Benziane gave her students the results of their mock exams. While handing out the papers to the class, she noticed that one student in particular didn’t seem like herself. “She was just staring down at her paper looking at her grade, avoiding eye contact with me and acting withdrawn,” Benziane told Re:Set. Although she assumed her student was just upset about her grade, she thought her behaviour was rather suspicious.

Suicide was only really mentioned as something that might be a warning sign of something else in a child’s life, rather than a separate issue.

Having assigned an activity to the rest of the class, Benziane approached the student to ask how she was feeling. “I simply asked if she was OK. She revealed to me that she had taken a lot of tablets during her lunch break,” she said. Unsure what to do with this information, Benziane tried to stay calm and not react.

With no official school suicide policy in place, Benziane took initiative and referred the student to first aid so she could receive appropriate help. “I asked if she felt OK to walk to the reception, and then I just kept speaking to her to make sure she wouldn’t pass out,” Benziane told Re:Set.

Although she dealt with the situation calmly, there was no specific suicide prevention policy in place at her school. “Suicide was only really mentioned as something that might be a warning sign of something else in a child’s life, rather than a separate issue,” Benziane reflected.

Amy Benziane, a 30-year-old former teacher, had to take charge of a student who attempted suicide. Photo courtesy: Amy Benziane

Besides the absence of a response protocol, Benziane also felt the support she received following the event was severely lacking. “I continued to teach for the rest of the day, and then I had to follow up myself with the medical staff to see how the student was doing,” Benziane told Re:Set.

It was clear to her that a lot more was needed to be done in schools to address suicide among students and equip staff with the skills to respond to such a situation. This is a sentiment strongly echoed by Lisa Roxby, who heads communications at PAPYRUS, a U.K-based school suicide prevention charity.

As part of their #SaveTheClass campaign, PAPYRUS delivers training and guidance for staff throughout the country, helping schools implement effective suicide prevention policies.

All hands on board

A school suicide prevention policy needs to be created with the whole school community involved, according to Roxby. “Students, parents, teachers, adminstrators, everyone needs to contribute to the school’s approach to preventing suicide,” she told Re:Set. This means the various stakeholders should be brought together to have moderated discussions that can address stigma, emphasize on the need for a unified response to such situations, and promote community engagement in the process.

Students, parents, teachers, adminstrators, everyone needs to contribute to the school’s approach to preventing suicide.

Identifying a school suicide prevention team is the first step. “Schools need to decide who is going to lead on the creation of the policy and implementing it,” she explained. The team can include staff, administrators, or community leaders.

The school suicide prevention team should then work closely with students, staff, parents and administrators to write the policy itself. Roxby suggests reaching out to the student council, using surveys to assess what prevention and support methods are important to pupils and parents. Involving administrators to decide upon the school’s approach is the next step.

It is important to involve staff, administrators, students and the parents in outlining the school’s approach to suicide preparedness and prevention.

If the school wishes to write the policy without early involvement from these stakeholders, Roxby has another idea. “Publish the policy on your website when it is created and invite feedback from parents and students,” she told Re:Set. You can encourage them to ask questions or submit their thoughts to show they’re involved.”

Schools can also adopt a grassroots approach by displaying posts around the school with tear-off numbers for external helplines, and distributing leaflets with important information. Another option is conducting short seminars for parents and students and integrating lessons around suicide prevention into the curriculum. Doing so will help students recognize whom to talk to, how to access the support they need, and raise awareness about the issue as well as the school’s approach to it.

What and whom to include

When asked what the essentials of a suicide prevention policy are, Roxby zeroed in on some vital components, starting with outlining the school’s approach. “Make sure you talk about why you are implementing the policy and why your role as a school is important,” Roxby told Re:Set. It’s also essential to state that you understand suicide is difficult to talk about, but that speaking about it doesn’t increase the risk. “In fact, talking about it [suicide] has the reverse effect,” she said.

Then, write down who the staff members sitting on the suicide prevention team are, so other staff know whom to contact for support. Cover how you aim to intervene and prevent suicide. Roxby suggests thinking about the following:

Providing effective staff training is one of the most crucial elements of a suicide prevention policy, according to Roxby. This is something Benziane believes would have significantly helped her. “We need training on why students might try [and take their own life], how to talk about it with them and how to respond if it ever happens,” Benziane told Re:Set.

Roxby advises training the suicide prevention team using an accredited, external trainer. This team needs to understand how to intervene in a situation, how to identify pupils at-risk and how to have difficult conversations about suicide in a safe way. According to Roxby, this involves acknowledging a student’s thoughts and working with them to identify their connection with life, what it is that is keeping them here, and then coordinating the support they need. “The suicide prevention team should be trained in this way. They should then deliver training internally to all staff,” she explained.

When teachers report more students opening up to them and reaching out to them for support, it means that they are happy to access the support your school offers.

Once you’ve outlined your approach, you also need to work out how to measure the success of your strategies. One step Roxby advises is using regular surveys to monitor improvement in well-being, knowledge of school support, and overall attitude of students when speaking out to staff. In this way, you can see whether you have effectively established an open atmosphere where students feel encouraged to come forward and seek help. You could also try questionnaires for staff to assess their level of knowledge and monitoring the number of students who reach out to teachers. More disclosures means more students are happy to access the support your school offers.

While many teachers and parents may not want to believe that suicide is a risk among their students, the reality is, it is. It’s the second leading cause of death among 15-29 year olds worldwide. It’s more important than ever to have a written policy in place that will help you, if you ever find yourself faced with handling a teen suicide crisis. Roxby emphasized that approaches differ by school, but as a general rule, a staff member should be aware of the general process to follow. After that, the suicide prevention team can contact parents and organize the appropriate support for the student.

After the crisis, schools need to be careful how they communicate it to the school community. “Schools must liaise with the student’s family. How you communicate it must be in line with their wishes,” Roxby told Re:Set. As a guide, Roxby advises you should always start by informing your staff members first. Then, instruct homeroom teachers to tell students who are old enough to understand (usually middle and high school), so that they are in smaller groups instead of a whole school assembly, as it is such a sensitive topic and can be a lot to taken in. “It is especially important to keep this brief. Do not talk about method. Just let students know that you have lost a member of the school community.” Roxby said.

For any students that were particularly close to the young person, extra attention should be given to them. “Consider an extended session to discuss the incident in a little more detail, but don’t disclose the method,” Roxby told Re:Set. Be sure to highlight the support the victim’s close-knit friendship group can access to help them during this difficult time.

“Suicide is one of the biggest killers among young adults,” Roxby told Re:Set. Schools need to recognize their important role in preventing it in their community. By having an effective policy in place, not only can you encourage pupils to come forward and seek help, but you can also ensure staff are equipped with the knowledge and skills they need. And, if you ever find yourself in a situation like Benziane’s, hopefully then, you will respond with a clear head and receive the support you require. In fact, through a successful prevention policy, you might be able to stop it before it ever gets to that stage.