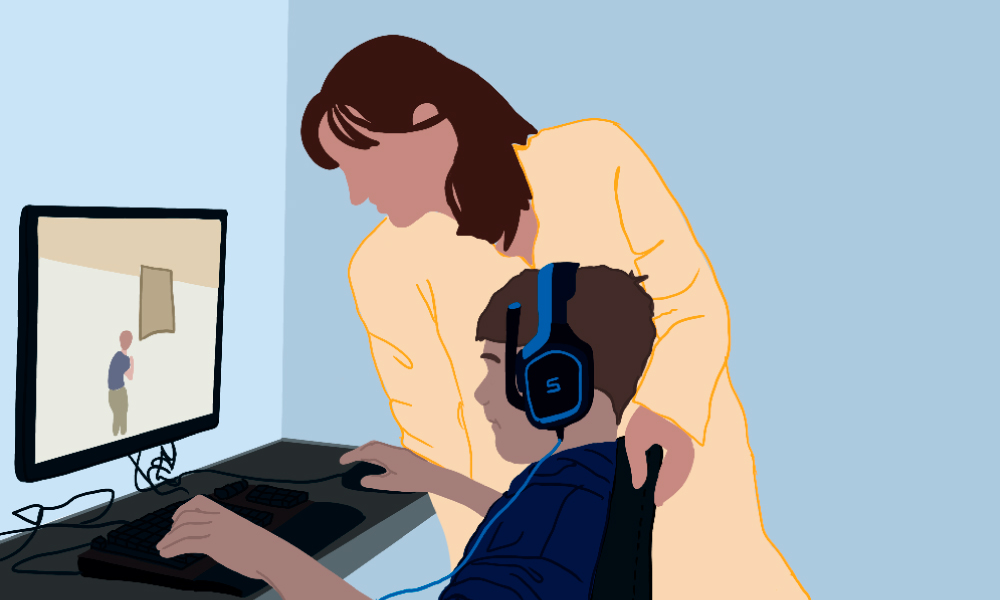 "Parents have to take some initiative. A kid can’t do it without their support." Illustration by (c) Reset Fest Inc, Canada

Debanjan “DeathmakeR” Das was all of eight when he first got into gaming. In his neighbourhood in Silchar, Assam, though, there weren’t many gaming cafes back in 2007. His grandfather, forever helpful, started to take “DeathmakeR” to a local gaming cafe every day before school so he could try his hand at Road Rash.

Two years later Sen shifted to Counter Strike, and started beating older kids in small cafe tournaments. A couple of years later, he played in a local university tournament where his team came second and won a ₹45,000 ($595 USD) cash prize. The win motivated him and he wanted to go play in bigger tournaments outside Silchar, but his parents said no.

“My parents thought it was gambling,” Das told Re:Set. “They didn’t know what e-sports was and were worried about my studies. I asked them to come with me to a tournament to learn it, but they didn’t come. My grandfather supported me at every turn.”

Das’ parents’ attitude changed after that first tournament. “Money didn’t matter to me. I just wanted a trophy and a certificate from a college to show my parents as proof for them that I wasn’t gambling,” he said.

After that he attended his first tournament outside Silchar, in northern Assam’s Tezpur. His only cheerleader, his grandad, accompanied him as they shared a small hotel room. From there his career took off, as he continued beating more experienced gamers. A team from Mumbai recruited him to stay and game all day in a house for ₹7,000 ($93 USD) a month. They provided a cook, housekeeper, and training. Das jumped at the opportunity and left his hometown. In 2018, he won with a different team ₹7,50,000 ($10,000 USD) in prize money at a gaming tournament in Mumbai. He’s turned his passion into his job. 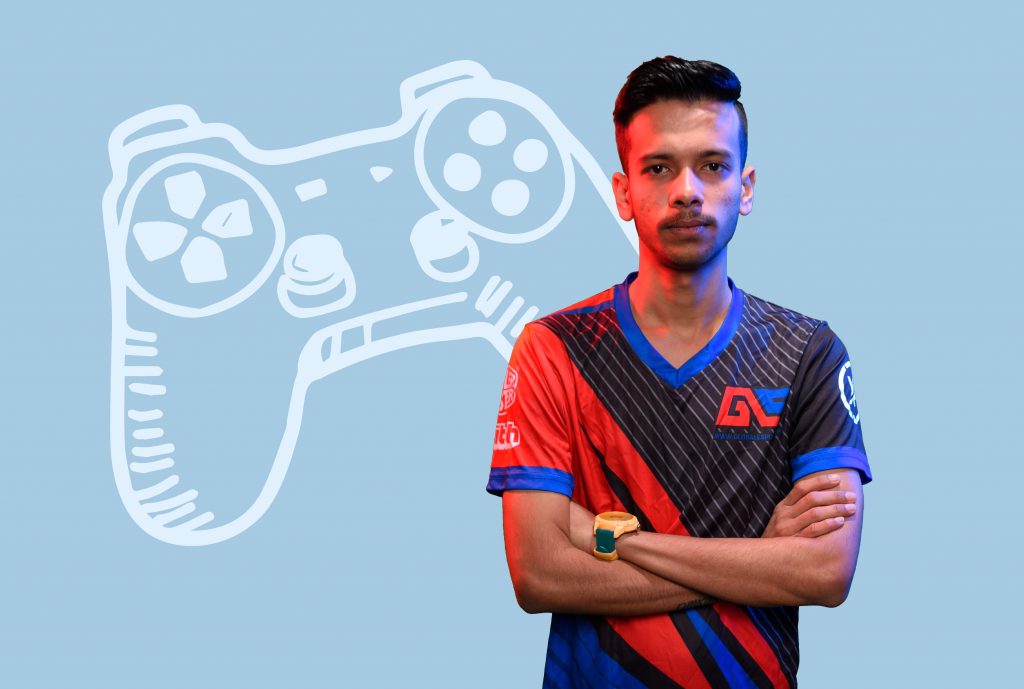 Though initially hesitant, Debanjan’s parents came around to accepting gaming as a profession after he won his first tournament. Photo courtesy: Debanjan Das

“There are so many events happening in India with prize pools sometimes in crores,” Das explained. “Parents have to take some initiative. They should go for events, learn what e-sports is, see how many people come to see us play. A kid can’t do it without their support.”

The Indian e-sports market is worth nearly a billion dollars, and prize money in tournaments across the board grew by 180% in 2019. A 24-year-old from Gujarat even helped the country equal its best ever medal tally at the 2018 Asian Games by winning a bronze in a collectible card game called Hearthstone.

Despite the financial viability, many parents are still reluctant to support their kids’ gaming dreams.

“Except one or two players, every player I’ve worked with has lacked parental support,” Nishant Ahuja, former manager of Signify, one of India’s most successful e-sports teams, told Re:Set. “If your kid is competing, or thinking of, then they’ll know how good they are, and what they need. Whether it’s getting a better internet connection, or a better PC or a phone. It comes down to building open communication with your child.”

One of the kids Ahuja worked with, and aided in shooting up the sport was Debanjan Sen, who he recruited to join Signify. Ahuja is also working with PUBG mobile teams from tier 2, tier 3 cities, and facing difficulties in educating parents about a career in gaming. One of his players actually went to his parents and asked them to buy him a phone for ₹10,000 ($133 USD) and said he’d pay them back with his winnings. 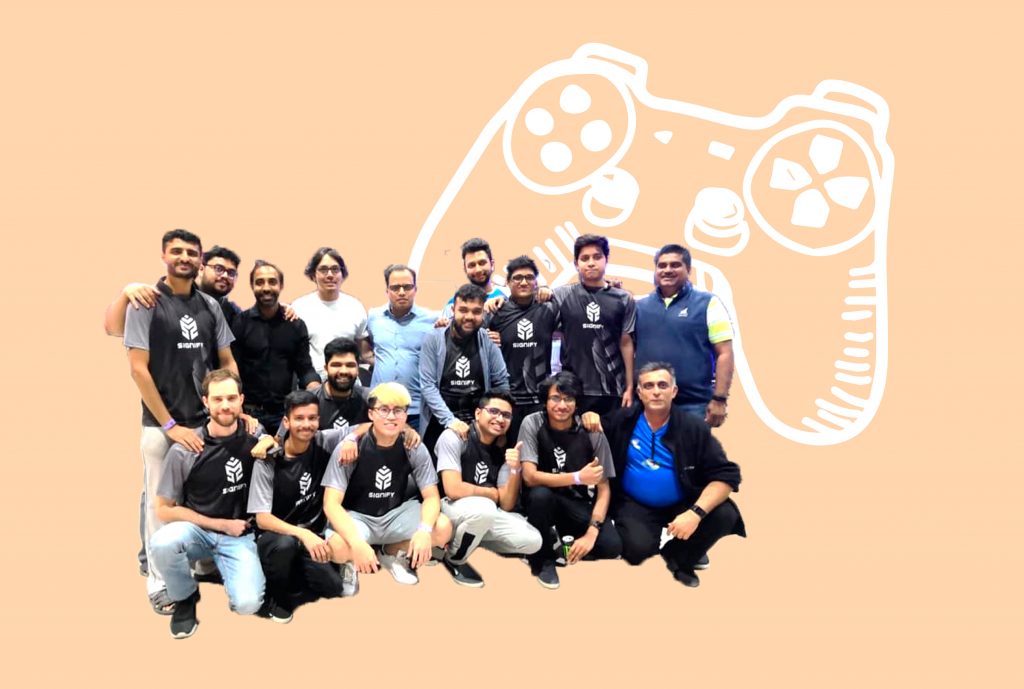 Manasvi’s mother bellies that trusting and supporting your kids, even with their offbeat career choices, is important. Photo courtesy: Signify

“I used to play football at the state level,” Ahuja told Re:Set. “I had very cheap studs, so I asked my parents to buy me Nike ones which were around ₹5,000 ($66 USD). They told me ‘If you can show me the dedication by sticking to football for a year, we’ll buy them for you.’ The same should apply to gaming. If you see your kid being passionate and working hard to get better, help them.”

Moreover, sitting on a chair for hours with hands glued to the mouse isn’t the only game in town. Like any sporting event, e-sports are broadcasted live, meme’d, reviewed and critiqued. If you’re into analysis, you can commentate on the matches live or write for e-sports websites. You can even take part in the physical space of producing the events, as more and more e-sports are taking place inside large stadiums with thousands of fans. Some have gotten so big in the gaming content scene that Netflix now pays them to react to videos about their films. It’s now a fast growing industry with thousands of jobs. And by the looks of it, more are on the way.

“If you see your kid being passionate and working hard to get better, help them.”

21-year-old Manasvi Dalvi, for example, is a law student, but has been making steady income by streaming games on YouTube and commentating during gaming events. But things weren’t as simple as just plugging in a mic, as she too had to go through the rigmarole of convincing parents even in a city as urbanized as Mumbai.

She was in grade 9 when she signed up as a volunteer for a LAN (where computers or consoles are connected together in one physical space via a local area network) event, but her parents didn’t let her go. She believes that if she had gone to that event and others like that when she was young, she would’ve learnt things and made contacts.

“Parents should find out about all the opportunities the industry is creating. It’s simple Google searches.” Dalvi told Re:Set. “If your kid is passionate about gaming, why don’t you try to educate yourself, like you would in cricket coaching? Just go to events with your kids, see how passionate their fan bases are.”

Also read: Is the COVID-19 Lockdown Making People Like Their Parents More?

Dalvi’s mother, a nurse in a private hospital, recently recovered from COVID-19.

“We were all exposed to the virus, and were waiting for results of our tests,” she explained. “I thought I was going to die, my parents were going to die. I had zero interest in anything else, but out of habit, I just started playing. After that my mind diverted from crying in the corner which I was doing five minutes before that.”

“However bad you’re feeling, bantering with teammates alleviated that stress,” she added.

Dalvi realized she enjoyed streaming more after volunteering for gaming events when she was a teenager. After some time, she convinced her parents to chip in for headsets, a mic, and an updated internet connection.

“Just trust your kids,” she told Re:Set. “Help them with equipment just like you would with books to study for engineering exams. Both are basic tools required for future career prospects.”

‘Lower the Bar:’ Reflections From One Mother’s Journey With Postpartum Depression
How Students Are Organizing Extracurricular Activities During COVID-19