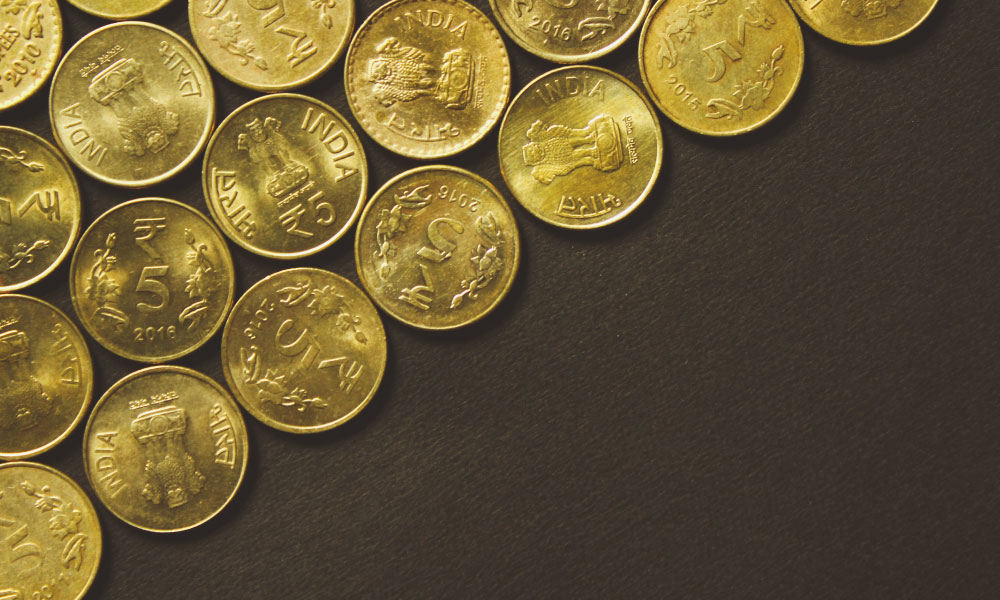 “Every economic downturn since 1931 to 2008, the markets have corrected and shot up faster than overall economic indicators." Photo courtesy: Unsplash

Editor’s note: all dollar figures are in USD.

“What would I do if something happens to my mother? Hmmm,” 23-year-old Tanvi Jhaveri pondered over the hypothetical. “I’ll ask someone what to do with my ₹1 lac ($1,322.66) saved up. I’ll probably put it in a bank. When I was young, my grandfather told me that if we put money in a government bank scheme, we get a percentage of it back every month, which is a good thing,” she finally decided.

Jhaveri is a Mumbai-based personal martial arts and fitness instructor. She’s been at it for three years and lives with her mom. This year, she’s only made ₹30,000 ($396.89), because she can’t go visit her clients during the lockdown and they don’t want to pay for online fitness classes. Her mother, who primarily manufactures martial arts equipment, has been struggling too because a large part of their business is about classes in schools, which have been shut for months.

Jhaveri does some content writing on the side and has been looking for other jobs to make up for the income she’s lost during the pandemic. She used to give 30% of her monthly income to her mother to help out with household expenses. Her mother put some of it in a savings account and the amount is nearly a lac now. Fortunately, like some of her friends, Jhaveri doesn’t have the burden of Mumbai’s absurd cost of living because she lives at home.

Jhaveri lives at home which affords her with a layer of financial stability. Photo courtesy: Tanvi Jhaveri

“I’m pathetic at managing my money,” Jhaveri, a commerce graduate from Mumbai University told Re:Set. “I have an idea of putting it in a bank, but if a birthday or a celebration comes up, it goes away.”

A significant part of her monthly salary goes towards buying skin-care products, because since joining social media, she’s started to believe she needs to have “better skin.” In the darkest scenario where her mother is incapacitated, Jhaveri doesn’t know what to do with her money, or if she can live on her monthly earnings in a fluctuating business.

“When we’re young, we can utilize the benefit of compounding even more,” Ishaan Arora, Founder of eFinladder, an e-learning startup which offers skill-based finance education for those who can’t afford expensive finance degrees, told Re:Set. “So even if you have zero knowledge of investing, you’ll make great returns in the long term by just investing 30% of your monthly savings in index funds and forgetting about them.”

An index fund, as mentioned by Arora, is a portfolio which includes large broad market indexes, like SENSEX or NASDAQ. Fortunately for young people, COVID-19 had caused all such indexes to melt down and become cheaper to acquire. Though they’ve rallied since and recovered a portion of their losses despite no new positive news regarding the virus, they’re still cheaper than they have been in a long time.

“It’s a good time to get into the market but you have to study and research and understand the future of the products.” Photo courtesy: Unsplash

“Every economic downturn since 1931 to 2008, the markets have corrected and shot up faster than overall economic indicators. But you can’t get into it blind,” Vinita Jain, founder of Pay it Forward, a Bangalore-based startup that focuses on educating women and young people about financial planning and rights, told Re:Set. “Say infrastructure stock prices have reduced by 50%. Still I don’t think you can get into them, especially real estate, with commercial real estate expected to take a beating with more demand for work from home. Same with airlines where their future is so uncertain.”

“Pharmaceutical companies, on the other hand, have been slow for so long, but now they will provide raw materials for drugs or manufacture COVID-19 vaccines, so it becomes a sector you think will do well,” she said. “It’s a good time to get into the market but you have to study and research and understand the future of the products, the balance sheet of the company.”

When asked about what she thought about investing in equity markets, Jhaveri’s response was emblematic of typical dinner table conversations, “I wouldn’t put in the stock markets, because it is so fluctuating.”

The risk is aplenty, and has to be offset by securing yourself a safety blanket. According to Jain, first we have to secure our protection and emergency funds in the form of health and life insurance schemes. These should be around three months of our expenses, after which we can look to get into riskier investments which offer higher returns.

“I wouldn’t put in the stock markets, because it is so fluctuating.”

This is especially easier if one can tighten their monthly expenses, as buying insurance at a young age saves a lot of money. The older you get, the greater your chances of premature death, for which insurance companies make you pay a higher premium. The principle applies to health insurance. Additionally, young women get cheaper insurance than men, because they’re expected to live longer.

If the aforementioned safety nets are in place, one can get into riskier funds. “Historically, from 1979 to 2020, the markets have given a compounded annual growth rate of around 16%. In the same time, inflation (the rate at which prices increase over time) has grown by 7.8% on average,” Arora explained. This means that to have surplus income to spend later in life, you have to invest where you get higher returns than the rate at which the prices of goods is increasing. “So even if you invest in a bank fixed deposit, which usually has the highest interest rates in a bank, the interest rate is around 7%, which is less than the rate of inflation. Gold too has given around 8%.  So even if you invest in these, you’re losing,” Arora added.

Jhaveri reflected and explained that she knows she should be saving more, and is aware of what she doesn’t know. “My degree didn’t teach me financial planning. I’m very aware of the mistakes I’m making,” she said.

Fortunately, like all the lucky folks who don’t have exorbitant fixed costs like rent, or can work from home saving on travel and socializing, Jhaveri can save more than expected this year if she rebounds to her prior levels of income and cuts back on skincare spending. And unlike those whose lives have been ravaged by the virus, she may start investing and come out of the other side with a financial safety net.

Also read: The Push for Financial Literacy in Schools

More in Ask the Experts