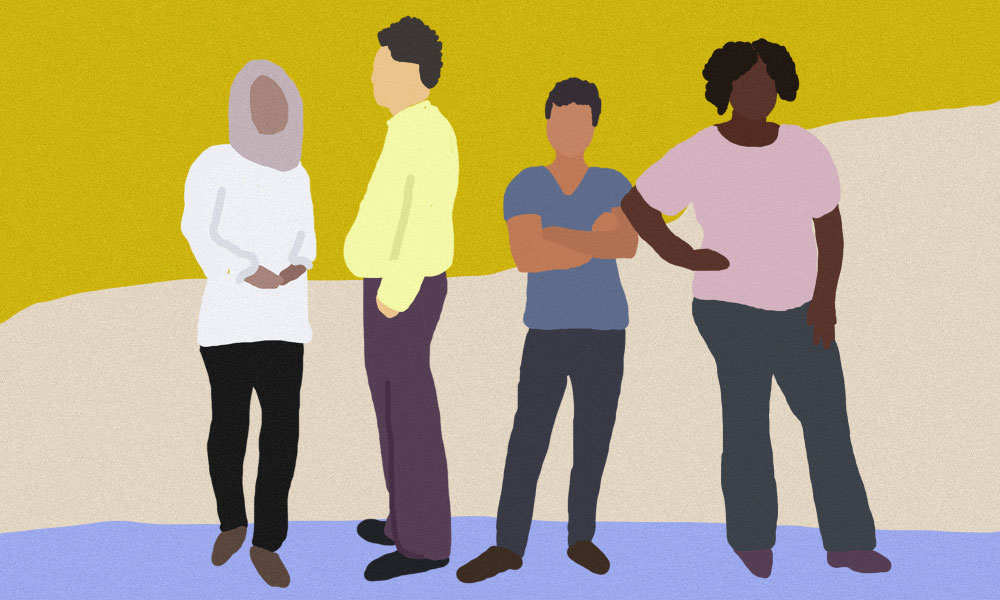 Roslyn Talusan is fond of her two cats, Daisy and Mango. She writes about feminism and pop culture with passion, defending American singer Britney Spears through heartfelt tweets and articles. The 27-year-old Filipino-Canadian from Toronto has fought anxiety and depression since her early teens, which makes her feel even more for Spears, who has gone through a very public mental health battle for years.

Talusan initially found it difficult to seek treatment in her early 20s after being assaulted by a former colleague and facing workplace harassment. “I was really reluctant to seek any counseling mostly because I thought I was ‘strong enough’ to handle it without help,” she told Re:Set. “Mental illness was still something very stigmatized to me, but I realized how deeply I was affected and knew I needed treatment.”

According to a 2017 resource from the United Nations, mental health stigma remains a massive concern across the world with many people hesitating to seek help. A study involving over 19,000 participants found that 39% of the respondents feared losing out on friendships while 49% felt talking about mental health would harm their careers. It’s estimated that three in 20 adults deal with relatively less severe to moderate mental health problems globally.

“Having a counselor from a different racial background certainly has an impact on my comfort level.”

For people of colour (POCs), the stigma is multi-layered. “Having a counselor from a different racial background certainly has an impact on my comfort level,” Talusan reflected. “My therapist, who I saw most recently, is white and she’s been wonderful, but I’ve felt like I needed to hold myself back from talking about my race.” She refrained from talking about how her relationship with her white ex-boyfriend affected her mental health, unsure whether the therapist would take things personally. Recently, Talusan was subjected to racial slurs online after she posted tweets about singer Ariana Grande.

While going to a therapist who is not a POC hasn’t been a dealbreaker for Talusan, she’s found it easier to talk to a counselor of colour in the past. Her sessions with the counselor were covered by a provincial health program which made things more affordable. “After I exhausted my sessions with my South Asian counselor, I went almost a year without seeing a therapist because I was avoiding the emotional labour involved,” she said. “I really wanted to find someone racialized whose practice was trauma-informed.”

For Talusan, finding the right counselor has involved a lot of trail and error. Photo courtesy: Roslyn Talusan

Didem Atahan-Fabig, a Turkish-American psychologist based in Berlin, has seen countless patients of colour over the last two decades and lived in southern India for four years. “Having lived in India allowed me to look into communal and social understandings of the Indian society and understand their complexity,” she said. Atahan-Fabig learned to appreciate her patients’ diverse perspectives while working in Chennai and was mindful of their treatment goals which were influenced by their cultural and societal expectations. Her Turkish background also helped her understand and connect with her patients. “I think it [being a therapist of colour] helped me blend in easier and connect with everyone,” she said.

Atahan-Fabig believes that having a therapist who shares cultural experiences with a patient and ticks off other boxes including speaking a patient’s mother tongue is ideal.

“Unfortunately, this is not always possible or feasible in many situations. Therefore, therapists need cross-cultural training for a more mixed world that we live in now,” she told Re:Set, citing factors that can influence a patient-counselor relationship such as race, ethnicity, language, gender, religion, economic status and educational background. Atahan-Fabig also pointed out that it’s important to keep specific situations in mind while training. For example, a female patient may feel like her feelings aren’t being addressed by her male therapist on a gender-sensitive issue. Atahan-Fabig explained this can be as damaging as a lack of shared cultural experiences.

“I believe therapists shouldn’t be afraid to ask questions.”

Mina Li (name changed on request), a Taiwanese-American, knew she needed to get professional advice after a relationship ended badly, leaving her distraught and searching for answers. Reading stories of other women on social media made her realize that she could relate to their accounts and that she’d been psychologically abused. Based in the States, Li decided to seek help to deal with the aftermath of the relationship. She consulted several counselors, but didn’t realize how much cultural backgrounds can matter until she met her most recent therapist, a Taiwanese immigrant. “I felt more comfortable talking with [her],” she said. “There wasn’t that extra step of having to explain how my culture worked — she knew, and was able to help me figure out how to deal with my issues constructively while also respecting my heritage.” For Li, the interactions were easier because her therapist knew the dynamics in Taiwanese diaspora families and helped her deal with issues such as not having established familial boundaries and always being expected to obey elders.

Cultural barriers can be overcome by consciously understanding a patient’s background, Atahan-Fabig said. She explained that while some therapists may initially be afraid of highlighting differences and offending patients, showing respect and acknowledging someone’s culture can actually help. “I believe therapists shouldn’t be afraid to ask questions and should find out about their patients’ views and meanings based on their culture,” she emphasized.

Li would like to see more cultural representation in therapy and thinks having therapists from diverse walks of life can make a difference. Currently, her therapist is the only one in her neighbourhood who shares her cultural experiences. While Talusan thinks that people need to be more accepting. “We need more therapists of colour in general, and we need to make it easier for folks to access therapy financially,” she said. “I feel like therapy can only be as inclusive as the world around us is.”

Self-Care Saturdays: Go off the Grid With Re:Set
The Financial Burden That Comes With Seeking Therapy