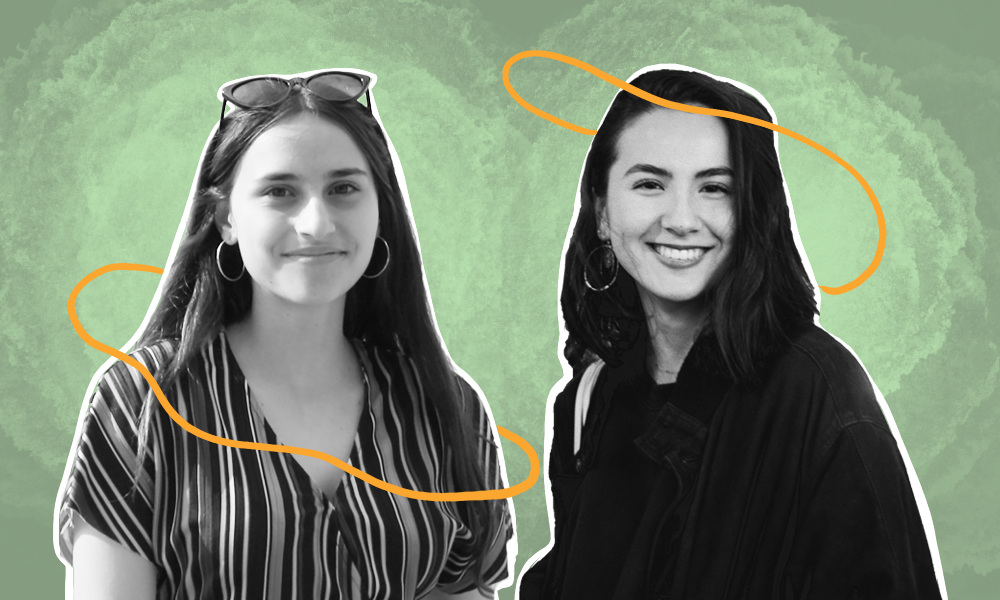 For 18-year-old Sofia Gobet, the COVID-19 lockdown means she’s spending more time online where she’s swamped with content around working out at home, healthy baking activities, and achieving a “lockdown glow up.”

“I have this feeling that I need to come out of this ripped. I’m scared that if I don’t get my act together everyone around me is going to come out of this looking so great and I won’t,” the student from Switzerland told Re:Set. The incessant social posts coupled with spending nearly 11 hours a day online has already had an impact on her body image. Gobet said she is staring at her body at all times of the day and making mental plans on what she can do to “lose that stomach fat.” According to her, every other post on her social media feed begins or ends with “the importance of losing weight right now.”

With a majority of our interactions online, it’s a sentiment I can relate to as a 17-year-old when I see my social feeds flooded with hobby humblebragging. It’s as if keeping yourself safe during a global pandemic isn’t enough that we should all do something ‘better’ with our time in lockdown.

Sofia Gobet is one of the many teenagers feeling the pressure to have a “glow up” and emerge fitter from lockdown.

As a teen who has experienced an unhealthy fixation with weight myself, it’s terrifying to think of all the possible body image issues that can be intensified at a time when all forms of communication are taking place online. Constant exposure to fitness influencers and airbrushed idyllic photos on social media has made Nadya Hagen, a 17-year-old student from Indonesia, conflicted. “Half of me thinks nobody is going to see me for the next month or so but then the other side of me wants to have a killer body when the quarantine is over,” she told Re:Set. Like Hagen, I have developed insurmountable insecurities because of consistent exposure to the celebration of a false beauty ideal and flawless body on social media.

“Half of me thinks nobody is going to see me for the next month or so but then the other side of me wants to have a killer body when the quarantine is over.”

The intersection between social media and its impact on body image is well-documented. Research by youth charity YMCA has found social media guilty of compounding people’s expectations over unrealistic physical appearances. The chair of the child and adolescent faculty at the Royal College of Psychiatrists, Dr. Bernadka Dubicka, labelled Snapchat and Instagram as “damaging and even destructive” to one’s mental well-being.

Instagram has restricted the promotion of weight-loss methods to its under-18 demographic, and yet all social platforms I’ve been on veer the conversation around dieting and becoming ‘skinnier’ while at home. The lockdown can amplify body image issues and according to Lauren Muhlheim, an eating disorder expert and clinical psychologist, emotional eating is to be expected right now when we are stuck at home with so much stress and lack of activity.

This time indoors can be used to develop healthier eating habits, Emilia Achmadi, an Indonesia-based dietician, told Re:Set. This can be done by avoiding snacks that make you feel lethargic thus alleviating feelings of sluggishness which can impact one’s mental and physical well-being. Achmadi recommends people get adequate sleep, avoid skipping meals, and try baking, steaming or pan frying instead of deep frying whenever possible. “Losing weight should never be a goal.” Achmadi also pointed out that most of the weight loss tips promoted on social media could be scientifically false and are most likely harmful. “Exercise can be a mood-booster,” she mentioned, “for when you feel stuck at home.” She emphasized to do what’s best for your own physical and mental health instead of following trends.

“The pressure to look skinny is there, but you must accept social media as a form of entertainment instead of goals you need to meet.”

The pressure to lose weight can make young adults feel vulnerable, something Hagen knows all too well. “I’ve had an obsession with weight loss,” she commented, “and I’m struggling to find proper ways to lose weight rather than just not eating for days.” Social media combined with family and societal pressure can also worsen feelings of insecurity. “My family calling me fat, chubby or pinching my fat rolls without my consent just increased this pressure,” she elaborated. According to the Mental Health Foundation, these body image issues can make people susceptible to anxiety, self-disgust, eating disorders and even suicidal thoughts.

For Catherine Maunder, the lockdown has been an opportunity to reflect on her habits and focus on getting physical exercise albeit indoors. “I’ve been exercising more and I feel better because at least I’m making the effort to stay healthy,” the 18-year-old U.K-based student, told Re:Set. While she’s felt the pressure to “look fitter and skinnier” because of her social media consumption, she’s said she’s making an effort to feel better for her own well-being. “I don’t post about it and I don’t really talk about it because it is such a personal topic,” she said.

Also read: How Living With A Chronic Illness Can Impact Your Relationship With Your Body

Achmadi stressed that teens between the ages of 14 to 18 need to understand that the way you look isn’t a priority, no matter what social media tells you. Lack of nutritional education combined with all this added time online has created a lot of negative output on body image. “The pressure to look skinny is there, but you must accept social media as a form of entertainment instead of goals you need to meet.”

Feeling Tired Despite Being Home All Day? Here’s Why
The Mental Health Collective Breaking Through Caste Discrimination in India