Why Some Young Indians Are Reconsidering Parenthood After COVID-19 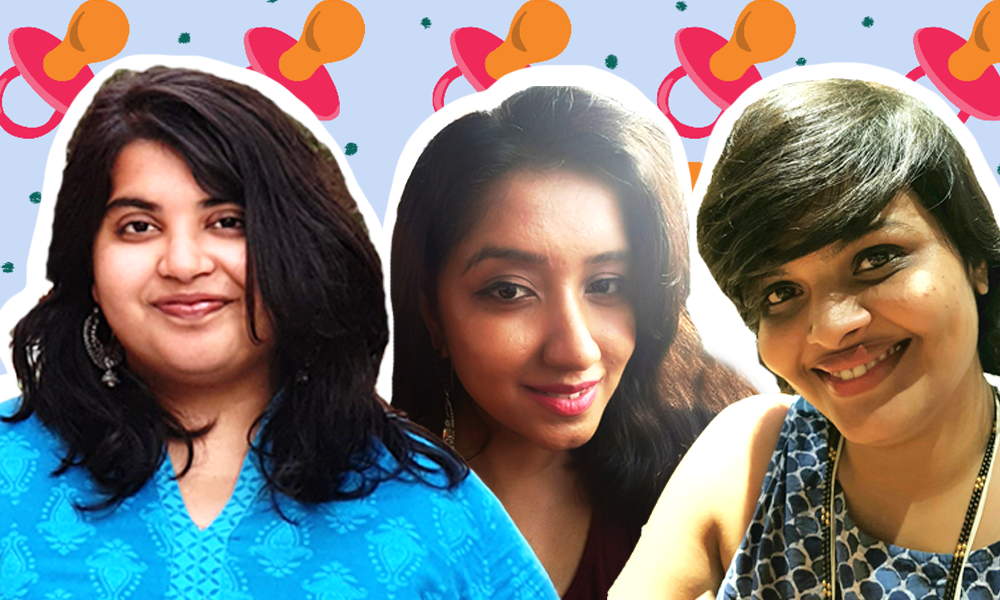 Living through a pandemic has forced many people to relook at their priorities including procreation. Photos courtesy: Maithili Desai Iyer, Shayonee Dasgupta and Rishita Sankrit

Maithili Desai Iyer has always wanted children, but kept putting it off as her and her husband worked their way up in their careers and figured out their lives. Now at the age of 30 and currently living through the COVID-19 pandemic, Iyer is strongly reconsidering.

“While we were so determined to have kids, it doesn’t seem right to bring a kid into this world. It seems ridiculously irresponsible,” she told Re:Set.

A Mumbai-based content creator, she quit her job in April to join a new role which was later rescinded as budgets have been slashed across industries, especially in entertainment where she works. Along with her husband who works in ad films, the couple had managed to accumulate some savings and were hoping to reach a position where parenthood was a feasible option.

For Iyer, parenthood through adoption or fostering is still a possibility but only when the current situation improves. Photo courtesy: Maithili Desai Iyer

In India, the average lifetime cost of raising a child is estimated to vary between 20 lakhs (~ USD 26,450) to 2 crore rupees (~ USD 2,64,506). But with Iyer now unemployed and living in an expensive city like Mumbai, the couple has quickly gone through nearly half their savings.

“After the pandemic happened, my mom called and said ‘please don’t have a child,’” she said. Her mother, who is an educator, has witnessed the struggles of children who grow up in financial instability and is in complete acceptance of their decision to reconsider parenthood for now. However, adoption or fostering is a possibility, Iyer said, but only in the future when things are more stable.

For many people, financial infeasibility coupled with the health crisis and a nationwide lockdown has contributed to the sentiment around not having children.

“The number of couples approaching us for help with conception has reduced over the last two months,” Dr. Sulbha Arora, a Mumbai-based gynaecologist and fertility specialist, told Re:Set. With life at a standstill, she believes that people’s priorities have shifted from procreation to survival. She reiterated that assisted reproduction, in most cases, is considered as non-emergency or non-essential, hence, the number of couples opting for it under the present circumstances has reduced as a result of the lockdown. According to Arora, the uncertainty of the effect of the virus on pregnant women and unborn or newborn children has added to the skepticism of planning a pregnancy in the current scenario.

For Shayonee Dasgupta, a 31-year-old freelance writer,  the inclination to not have a child stemmed primarily from her bipolar disorder diagnosis nearly two years ago.  “I also have a fear that I will pass on my mental health disorders as I am genetically predisposed to [it],” she remarked. She commented that the coronavirus has only strengthened her resolve to choose a childfree life as her “anxiety has shot through the roof and mood swings have become more severe.”

Dasgupta is not alone, the World Health Organization reported that people in several countries are witnessing an increase in symptoms of anxiety and depression, compounded by a general sense of fear. The loss of income and precariousness around employment further adds to the distress.

Sankrit feels that she would rather not have kids than raise them in an unhappy environment like the one she grew up in. Photo courtesy: Rishita Sankrit

With many of her projects now shelved due to the pandemic, a significant drop in her income has only cemented her decision against having children. Climate change has also been a long-standing factor, adding that she worries about the carbon footprint of procreation.

Despite the tough times, Dasgupta concluded that she is content with her current family. “The only way I would like to create a bigger one is by adopting more dogs.”

In India, opting for a childfree life may still be seen as an outlier. But, research has confirmed that in countries like Italy, the pandemic has reduced people’s desire for parenthood with future economic difficulties and consequences on pregnancy being the two primary reasons.

“If I have children, I will be able to provide them [the same] level of financial security [that my parents have given me],” 23-year-old Rishita Sankrit told Re:Set. But it is her tumultuous relationship with her family, which has amplified again during the lockdown, that has made her consider not having children.

“I have a very precarious relationship with my parents, especially my mother. We have caused each other a lot of pain, with both not intending to do so,” the Delhi-based graduate student commented, adding that they have refused to acknowledge each other’s presence for long periods of time. This history of conflict has convinced Sankrit that it’s “OK to not have children rather than have unhappy ones.”

The apprehension about being a parent did not have a linear trajectory, Sankrit said, but in the long run, she feels that it will be better for her mental well-being to not put a child through the trauma that she has lived through. She remarked that she does not see herself settling down for the next few years, but she may revisit the decision. However, she knows that her family would not respond positively if she sticks to the childfree route.

“People around me will try convincing me that I do not realize now what I’m giving up and I’ll regret it when it’s too late.”

How Millennials Are Preparing for Death by Creating End-of-Life Plans
Can I Be Angry?