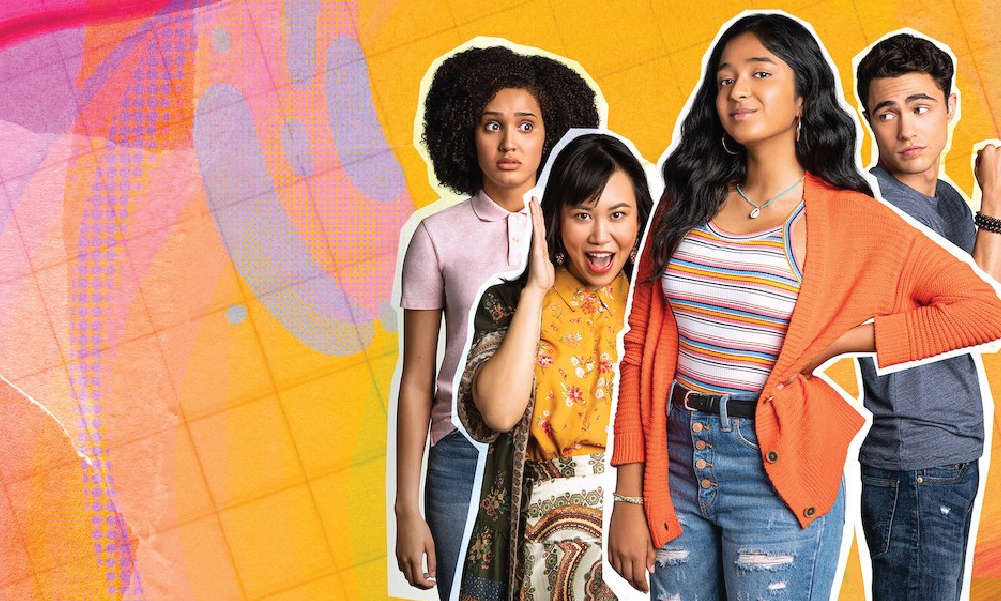 The show captures the experiences of many immigrant children who navigate their heritage in a predominantly white society. Photo courtesy: Netflix/Universal Television

The first time I experienced racism without knowing the term was when I was 10-years-old. I had moved to Toronto in a racially charged world in 2001. My classmate walked past my desk and nonchalantly remarked something along the lines of me being as hairy as the perpetrators of the 9/11 attacks.

I remember biting my lip to hold back tears and feeling othered. I came home and asked my mum to find hair removal solutions for me, thus shaping my complex relationship with my body hair.

Subsequently, I got used to hearing phrases like “you smell like curry,” “why is your lunch so weird?” and being mocked for my Indian accent. A classmate who had moved from India a year prior took me under her wing, and helped me navigate the intricacies of an entirely new culture and academic system.

Culturally, I didn’t see myself or my journey represented on TV — it was the subtle things that stood out.

Like many children of immigrants, I swayed back and forth between my Indian heritage and the society our parents believed would provide us with a better life and more opportunities. However, it was the small things, like casual references to pop culture like YTV or even new snacks such as Yoplait Tubes or Ho Hos that I wasn’t aware of yet that contributed to me feeling out of place. Culturally, I didn’t see myself or my journey represented on TV — it was the subtle things that stood out. Indian accents were mocked (remember Apu?), no one removed their shoes when they entered their homes, asking permission to go to a friend’s house or for a sleepover wasn’t a mammoth battle, and dating and going to prom were a whole other ballgame.

This is why seeing Netflix’s “Never Have I Ever” with Maitreyi Ramakrishnan, a Tamil-Canadian actor, playing the lead role holds immense significance for me. Sure, the show plays into stereotypes about Indians, and it is getting well earned criticism for doing so, but it at least partly depicts the experience of many “ABCDs.”

Even seeing someone who looks like me and has familial overlaps on TV is momentous. ‘American born confused desi’ has become a running joke, but dig deeper and you will find the struggles of children with hyphenated identities. How much can we push the boundaries with our parents about what is acceptable in “our culture” and what isn’t? Can we date a non-Indian? Can we even date at all? Does legally becoming an “adult” mean we can do whatever we want or are we still answerable to our families?

Apart from the significance of Mindy Kaling — a brown woman who has risen to the top of Hollywood — being the co-creator, the show is also crucial in its representation of mental health and grief in the South Asian community. Devi Vishwakumar, the teenage protagonist of the show, grapples with her father’s death, regulating her emotions and seeking therapy. The topics are stigmatized and brushed under the carpet in our culture with very regimented ideas of how we should grieve or cope with loss.

Every decision or misstep comes under scrutiny. Mental health and therapy weren’t concepts that I knew about until I was much older, and my way of coping with being bullied and feeling left out was spending hours in the library reading. The gawky braces-wearing teenager in me could feel for Devi throughout the show and was cheering her on even as she messed up. Race and culture are complex and in a heterogeneous place like India, it is impossible to capture everyone’s lived experiences accurately.

“Never Have I Ever” doesn’t have to wholly represent the Indian culture or immigrant experience, but it can play a role in at least validating some of the emotions and experiences we’ve gone through as children juggling between what’s expected of us at home and how we’re supposed to be in a predominantly white society.

Cancel reply
Mental Health ● Grief ● Netflix ● Never Have I Ever

Uncertainty and Depression: Entrepreneurship Is Undergoing a Mental Health Epidemic
How Travel Influencers Are Dealing With COVID-19 Lockdowns