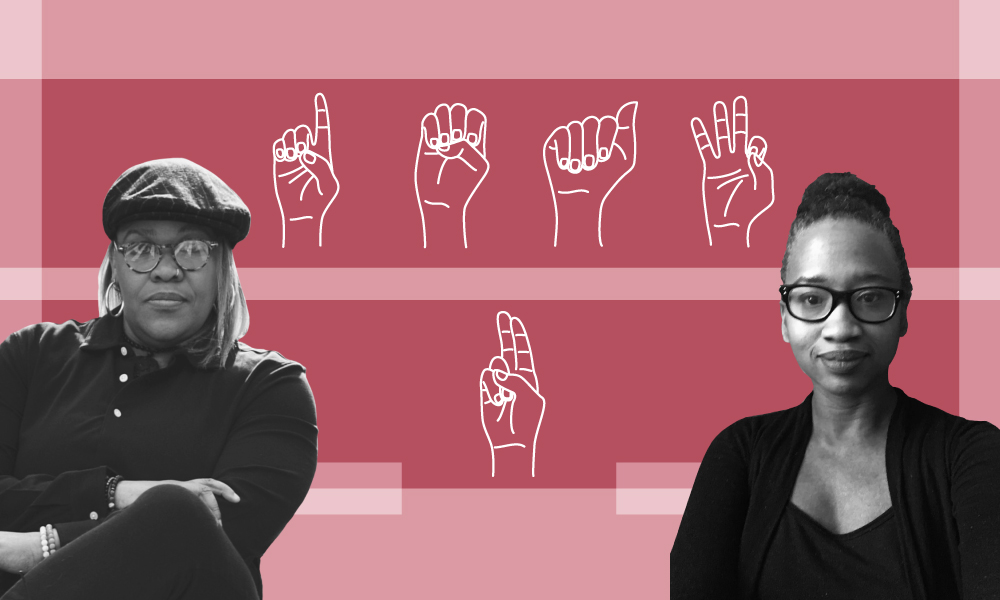 Executive-produced by actor and activist Nyle DiMarco, Netflix’s latest reality show “Deaf U” follows students who are deaf and hard of hearing at Gallaudet University, a prominent private deaf college in Washington D.C.

Focusing on the lives, intersections of identities, and relationships of the students, this release has been praised for being “a step forward in representing deafness.” Many from the disabled community were initially excited about this content, however, others including activists have called it out for “whitewashing the disability experience.”

Re:Set spoke to Jade Bryan, filmmaker and the founder and creator of the #DeafTalent Movement and Adrienne Gravish, a writer and artist, to learn more about the reception of the release within the community and glean their views as Black deaf creatives. From their expectations when the show was announced to the glaring gaps seen in terms of representation, they share the pressing issues that need to be addressed.

Editor’s note: Our interviewees prefer identity-first language. The interviews have been edited for length.

When the show “Deaf U” was announced, what were your initial hopes for it?

Gravish: I had very low expectations. When I learned who was producing it, I guessed it would be a reality show about white deaf students with one or two Black deaf men sprinkled in for “diversity” like a few chocolate chips on a cookie and I was right.

Mainstream media has often been criticized for its lack of representation of people with disabilities, how do shows like “Deaf U” impact that narrative?

Bryan: Hollywood has historically been under the influence of hearing creatives and saviours. I find it somewhat problematic that they are telling our stories when it’s not their lived experiences. They do not always accurately represent our voices.

“The deaf community is so small where almost everyone knows of or heard of each other, there’s no excuse for this oversight.”

“Deaf U” has a deaf producer on the show, which is a stepping stone towards the future for deaf creatives. Nyle DiMarco, who is a white deaf man, based on his IMDB resume, with no film production or writing experience, got his big break on the reality competition show “America’s Next Top Model” which was created by Tyra Banks, a Black woman. I found it astonishing that throughout the entire production, he did not notice the absence of Black deaf women.

In the age of social media, the deaf community is so small where almost everyone knows of or has heard of each other, there’s no excuse for this oversight. There was nothing original about it except that the show gave deaf cast exposure, I would like to see more depths and complexities.

Many have expressed disappointment that the show promoted whiteness and the white gaze, what did you hope to see done differently?

Bryan: In “Deaf U,” we only see a few Black deaf women as props. In Hollywood, the producers seem to always have a penchant for casting white deaf actors to be the majority of representation of deaf people in film and television.

If they are going to produce season two, I think they should take a stab at manufacturing their reality TV show in a scripted format. I would suggest that the producers employ deaf TV writers and exercise best practice by including intersectional and well-represented voices and cast members who are deaf and hard of hearing to work in front of and behind the camera.

When the show was announced Gravish guessed it would mostly feature white deaf students with one or two Black deaf men. Photo courtesy: Adrienne Gravish

How do you think that “Deaf U” prioritizing intersectionality could have changed the conversations around deafness and disability?

Gravish: The show could have stepped into our current times with Black deaf and Black deaf and disabled people living our beautiful lives socializing with our friends and family, and by extension living in a racially and culturally vibrant international district as Washington D.C.

It is so weird to see ourselves invisible from mainstream media given that we exist everywhere, literally, and we have always known that the civil rights movement influenced the deaf rights movements for accessibility and preserving the American Sign Language.

Also read: Black and Disabled: How Racial Discrimination Is Amplified by Ableism

How can we create space for more people of colour with disabilities?

Gravish: To create more spaces for people with disabilities, people in media and social media need to re-familiarize themselves with the great ways technology benefits deaf and disabled people’s lives. Add transcripts to your podcasts and caption your content.

Hire Black deaf writers and consultants and respect them enough to listen to and use their feedback on what you produce.