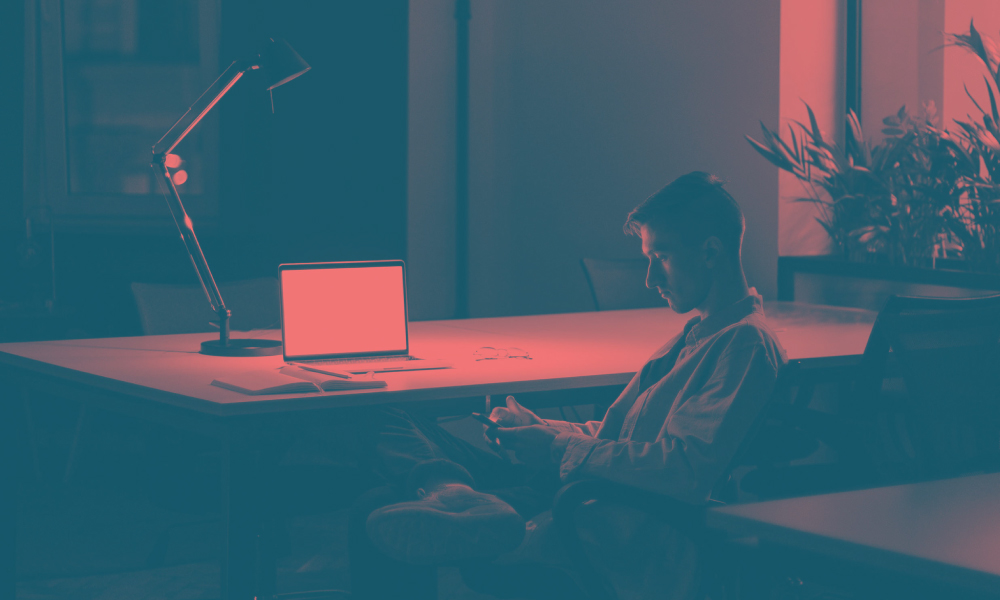 The outlook towards mental health at workplaces needs an overhaul. Photo courtesy: Unsplash

“The HR person at my workplace was averse to the idea of [a mental health day]. They believe that the employee is taking them for granted, and mental health days disrupt the productivity of the workplace,” Chennai-based Nishadh Mohammed told Re:Set. Mohammed is a team lead and chief editor at a media organization and during his time there, he has normalized the concept of mental health days and encouraged his team to avail them.

Poor mental health, amplified by stress, burnout, or even personal problems, can interfere with the individual’s productivity at work. “Mental health days are important because if you are not feeling well mentally, you won’t be able to concentrate on basic tasks,” Aanchal Narang, a Mumbai-based psychologist, told Re:Set.

COVID-19 and recent political events have increased mental health challenges such as depression, anxiety and feelings of loneliness. This has renewed conversation around the need for better policies and mental health support. At Mohammed’s workplace, he ensured there was a positive environment and kickstarted conversations around mental well-being. This was done through constant and continued discussions stressing that employees could take breaks if needed and talk about what they’re going through.

You don’t have to have a mental illness to need a day off.

“The idea is to make sure your employees are rested, taken care of and relaxed to prevent any mental illness that can be triggered by stress or burn out,” Narang told Re:Set.

At Another Light Counseling, a mental health clinic founded by Narang, she ensures that therapists do not take more than a specific number of sessions in a day and once they’ve left work, they don’t do anything work-related.

Investing in your employees’ mental health also has long-term benefits. Research by PWC shows that for every $1 USD spent on making the workplace mentally healthy, the return is $2.30 USD because employees are more productive leading to reduced absenteeism.

Making it the norm

“You are considered weak when you take mental health days,” Narang told Re:Set. “It is not recognized as a psycho-social disability.” The idea is not considered normal. “Telling your boss or team leader that you are dealing with a break-up is considered unacceptable while saying you’re feeling nauseous is acceptable,” she added.

At Mohammed’s workplace, at the hiring stage, there were instances when HR was skeptical about offering jobs to people who they assumed had mental health challenges. When candidates asked about the company’s approach to mental health or mentioned having previously quit because of stress taking a toll on their mental health, it wasn’t seen favourably. “You are not seeing your workers as a complete human being made up of multiple intersections,” he told Re:Set. “But just as a resource or an investment where you just want the work to get done, and not looking at it holistically,” he added.

Mohammed has used his own experiences to normalize conversations around mental health at work. Photo courtesy: Nishadh Mohammed

At his previous workplace, Mohammed recognized that they were “expected to suck it up and keep pushing out articles even on the worst of days.”

Now, he prioritizes conversations to normalize mental health. Mohammed remarked that opening up about his own mental health challenges helped set a precedent for his group.

“Being honest about my mental health struggles as a leader, helped people talk about their own.”

To foster a healthier environment at work, it is key to encourage openness by sharing experiences, discussing struggles, or even holding space for employees who don’t want to open up. “Checking in on the team, or conducting surveys destigmatizes mental health greatly,” Mohammed told Re:Set.

A certain number of mental health days can be allocated similar to sick days for employers who are worried about the policy being taken for granted, Narang told Re:Set. For those who aren’t comfortable asking for a mental health day, workplace policies should allow for days off without having to specify a reason.

Understanding of mental health challenges will allow accommodation for its struggles at the workplace. “People should also be given the option of working from home and not coming in [to work] some days, especially if they have a history of mental illness,” Narang told Re:Set.

It is the duty of the management to ensure the mental well-being of their colleagues is acknowledged and resources are provided for support. “I decided that within my team, it is my responsibility to make sure they’re safe and comfortable. Even now we’re trying to push back with another team lead to allow mental health days in their group.” Mohammed said.