Want to Distract Yourself? Here Are Some Good News Stories To Warm Your Heart 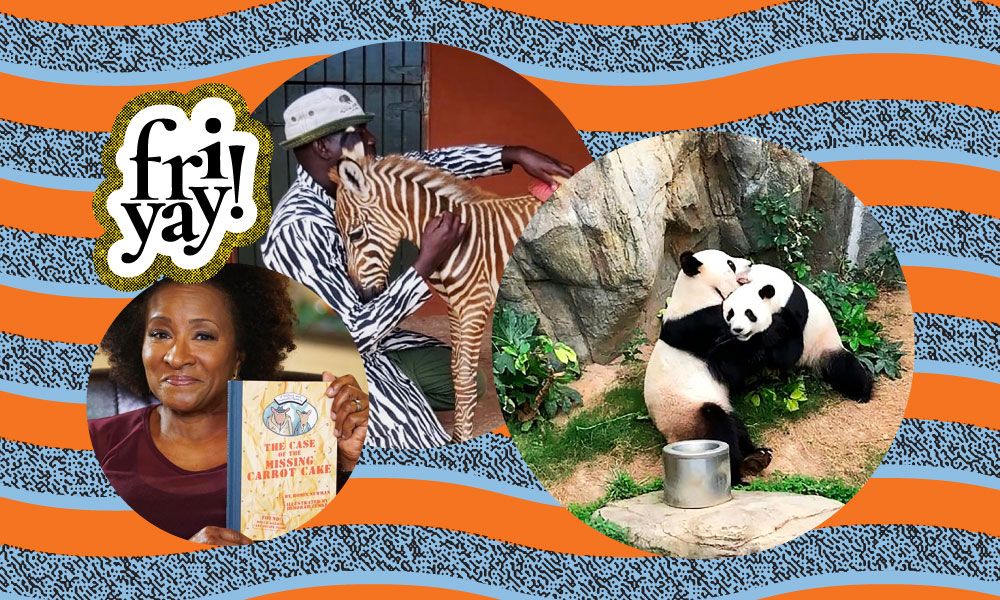 A round-up of some positive news from around the world to Re:Set your mental well-being.

While being surrounded by glum news of that-which-shall-not-be-named can be overwhelming, especially when it’s all-consuming on our social feeds and in the media, we thought we’d take a moment to focus on the good that is still happening in the world. Here are some heartwarming stories to remind you of the good ol’ times:

Baby pandas on their way!

Ocean Park, a theme park in Hong Kong, is home to a variety of animals. Ying Ying and Le Le are two pandas that arrived in Hong Kong in 2007 and have been trying to mate for nearly ten years now. The park has been shut since January because of the COVID-19 outbreak and it looks like Ying Ying and Le Le finally got to spend some quality time together without prying eyes. After one miscarriage, there may be a chance of pregnancy and we will find out in June!

【🐼大熊貓盈盈和樂樂的好消息💕】經過多年嘅愛情長跑，盈盈同樂樂今日終於成功自然交配喇！今次係佢哋小倆口自9年前（2011年起）開始嘗試自然交配以來首次成功，公園嘅獸醫同護理團隊會繼續密切觀察佢哋嘅身體狀況同行為變化，希望會有熊貓「添丁」嘅好消息！大家留低❤️emoji，一齊祝福盈盈同樂樂可以早日迎接新家庭成員喇！ . . [🐼Good News from Giant Panda Ying Ying & Le Le💕] Ying Ying and her long-standing sweetheart Le Le succeeded in natural mating today! This is the first success since the cute couple began attempts at natural mating 9 years ago (from 2011). The Park’s veterinary and animal care teams have been closely monitoring the giant pandas’ body conditions and behavioural changes, hoping to bring wonderful pregnancy news to you all. Let’s leave a ❤️ emoji in the comment section to send your blessing to our lovable Ying Ying and Le Le! #hkoceanpark #OPLovelyAnimals #panda #海洋公園 #熊貓

The SAG-AFTRA Foundation’s children’s literacy website, Storyline is a treasure trove of stories read by various celebrities. Not only is it a fun activity for children while in self-isolation, it’s also a delight for adults. You didn’t know you needed to hear Wanda Sykes read Robin Newman’s “The Case of the Missing Carrot Cake” until now.

To celebrate #InternationalCarrotDay 🥕2nd-3rd #remotelearning kids can join @iamwandasykes as breaks out the mysterious "Case of the Missing Carrot Cake." They can gear up for a captivating and cryptic mouse detective caper–with icing!! 🍰 Link in bio.

The Sheldrick Wildlife Trust of Kenya rescued Diria, a baby zebra, who had watched lions kill his mother and were on to him next, but he hid in a pack of goats till he was rescued. Diria’s keeper wears a zebra print coat because the species imprint on their mothers based on their striped pattern. Wearing this jacket ensures that Diria can recognize and trust the keepers without getting too attached to them.

A little Diria to brighten your day! (And make sure you watch through to the end to see his best gallop.) Diria is a very brave little chap. After lions killed his mother and then set their sights on him, Diria survived by hiding in plain sight among a nearby herd of goats. Now, we’re raising him at our Voi Reintegration Unit, where we have successfully raised several orphaned zebra before him. You may be wondering why Diria’s Keeper is wearing such an eye-catching jacket. A zebra foal imprints on its mother by her unique striped pattern. So, our Keepers put on this special jacket when they work with Diria so he recognizes them as his carer, without becoming overly attached to any one individual. _________ Video © David Sheldrick Wildlife Trust #SheldrickTrust #DSWT #Diria #zebra #kenya #whyilovekenya #conservation #tsavo #protect #africa #wildlife

Also read: 5 Ways to Take Care of Your Mental Health While In Isolation