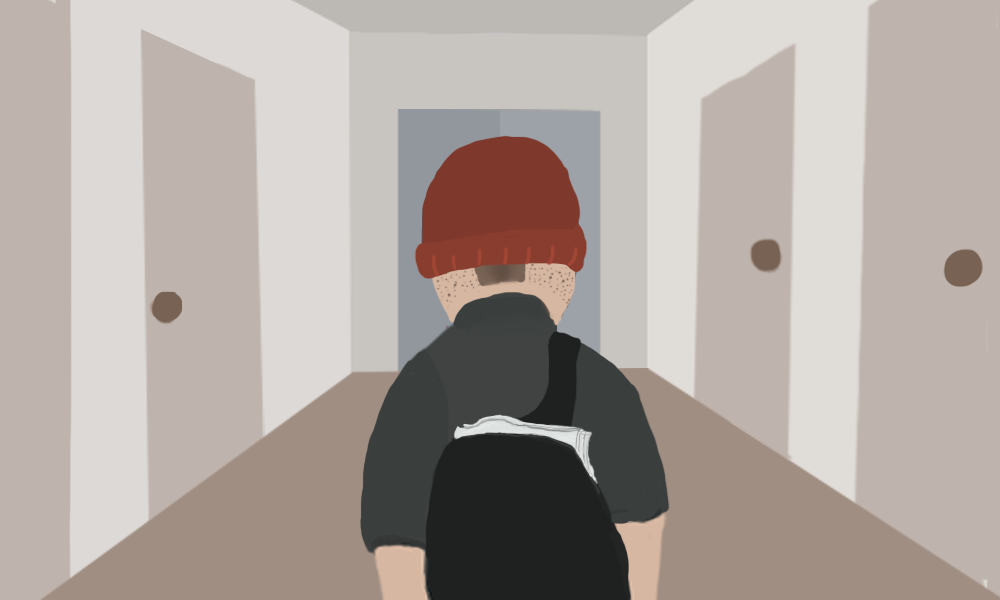 Qamani Njara often gets extremely anxious when he’s asked to make presentations in front of a crowd. The 24-year-old student from South Africa prefers quieter spaces, hanging out with a small group of friends and catching up on movies in his free time. Depression is familiar territory for him even though he’s never received an official diagnosis from a professional. “I have never had the privilege of talking to a psychologist or counselor regarding my challenges,” he told Re:Set. “But I suffer from anxiety and it gets really bad when I have to stand in front of people.”

Njara’s depressive episodes make it difficult for him to focus on activities. “Everything just feels like a chore, even things that I normally enjoy doing like reading and writing,” he told Re:Set. “When I am in a depressive mood — the tasks feel like mountains that must be moved.” He admitted that simply talking to a psychologist about one’s mental health challenges is a privilege in South Africa. “There is, first and foremost, a lot of stigma attached to mental health issues,” he reflected, adding that the historical divide between the racial groups in the country, makes it harder for black citizens to get affordable help. At the University of Fort Hare in Alice, South Africa, where Njara is pursuing an undergraduate degree in education, counseling services were unheard of until last month.

“There was no counselor, no recourse, whatsoever, for students with mental health issues.”

After two students committed suicide in less than two months this year, the university made a few changes. According to Njara, the university hired a counselor and also urged professors in the psychology department to offer resources to students in need. A news report highlighted that the university had also hired former psychology students for their counseling unit. However, for many students, the prospect of approaching their former peers may be uncomfortable and prevent them from opening up, as per the article. Despite several attempts, the university didn’t respond to calls from Re:Set.

“There was no counselor, no recourse, whatsoever, for students with mental health challenges and it has been like that for nearly two years,” Njara lamented. “With over 8,000 students in this campus, what difference will one counselor make?”

Its the beginning of the week, but its never too early to take a breather. Sometimes it is hard to know what we are feeling unless we slow down enough to pay attention to it! Take a moment today to take some deep breaths and ask yourself how you are feeling. Anxious? Sad? Scared? Happy? Relieved? Whatever you are feeling is VALID.

While mental health is still a major concern in several academic institutions across the world on account of factors such as immense academic pressure and financial stress, many universities have started mental health and counseling services for students. For instance, at the University of Pennsylvania, students can approach Counseling and Psychological Services (CAPS) for free individual or group therapy sessions. At the University of Reading, U.K., students can choose to opt for free support online via a service called Big White Wall which includes 24/7 support. At the University of Adelaide, students can ask for help through a professional counseling team on campus and also call a crisis hotline in case of emergencies. However, there are several gaps to fill. In March this year, students protested at the University of Toronto after a student committed suicide. They drew attention to persistent problems including being forced to endure mammoth waiting lists for therapy sessions and only receiving a limited number of sessions on campus. When contacted, the university told Re:Set there was no one available to comment on their services.

Dr. Gayathri Prabhu, Associate Professor, Manipal Academy of Higher Education (MAHE) in southern India and coordinator of the university’s student support centre, thinks a support system that directly involves students and isn’t primarily reliant on traditional methods such as a closeted approach towards mental health can be beneficial. The professor approached the university’s administration with ideas on how to create an effective system to tackle mental health concerns in April 2017. “The top universities in the world have systems in place,” Prabhu told Re:Set. “I looked at various models and conceptualized the design.” It’s crucial for a university to provide not just education, but other services such as counseling that contribute to a student’s well-being and support them in every way possible, she added.

The centre has four clinical psychologists who are trained to specifically work with students. As of this year, the Manipal campus had over 20,000 students. The support centre’s popularity was unexpected, Prabhu said. Word-of-mouth and focusing on a peer-based approach were some of its major advantages. Students were guaranteed anonymity and the services remained free of charge even if someone maxed their insurance coverage. The university focused on hiring qualified professionals and also built an advisory board that consisted of mental health advocates — students from MAHE. They organize events and talks to raise awareness about mental health concerns. Additionally, incoming classes are told about the student support centre which attempts to provide equal access to local and international students.

Prabhu thinks that the field needs more professionals qualified to help students cope with their mental health troubles. “Challenges are over the world [in universities] are the same,” she explained. “There is a scarcity. I don’t think we have enough high-quality mental health professionals.” Institutional support, funding, and commitment to the cause can contribute towards building a robust system on campus.

“I don’t think we have enough high-quality mental health professionals.”

For 27-year-old Maria Guzman, her first year at Hope International University, California was difficult because she’d never lived away from home and was a student of colour in a primarily Caucasian university. Away from her comfort zone, she struggled to adapt to life on campus. She hesitated to talk to a professional because she’d never approached a counselor before and decided to ask for help in her second year. Guzman, who’s studying human development, found herself feeling more comfortable about discussing mental health after her sessions at the university. Each session costs $5 and alumni have an option to book appointments at $10 per session for life.

Maria has benefitted greatly from counseling at her university. Photo courtesy: Maria Guzman

Students can either go to an office on campus or outside the university, based on their privacy and comfort level. There is a sliding scale option available for those who need financial support. A sliding scale arrangement allows patients to pay what they can afford. “It [therapy] has helped me tremendously [in] coping with past life events and how to handle current life stressors,” Guzman told Re:Set. “I have friends who have gone to therapy and it has helped them a lot…. I feel people shouldn’t be afraid to go. Even the people who feel mentally healthy can gain something positive from it.”

Njara thinks getting students actively involved in campaigns will help reduce the stigma attached to mental health at his university. He is currently conducting research on how his peers feel about mental health. “Of the 30 students I have interviewed so far, some do not believe depression exists and those who acknowledge its existence prefer to self-medicate because of the stigma around seeking professional help,” he said. “The university should be focusing some of its resources towards mental health awareness campaigns. As students, we are better positioned to identify other students who need help but are reluctant to seek it.”