Uncertainty and Depression: Entrepreneurship Is Undergoing a Mental Health Epidemic 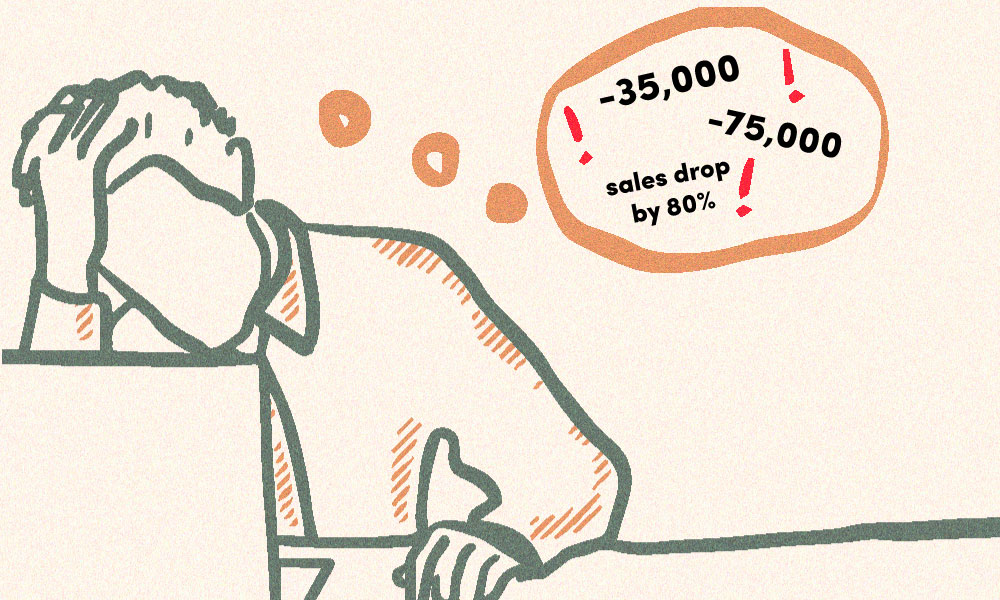 “As an investor, I’m in the industry of creating entrepreneurs,” Nishaiy Pradhan told Re:Set. “But, I actively discourage people to become entrepreneurs. Even when you do a good deal, you can’t celebrate it because then you have to keep doing the next good deal.”

Pradhan is a founding partner at Favcy, which has been investing with early stage founders over the last year. He runs a portfolio of 16 companies, and has engaged with founders of nearly 300 companies over the past year.

“I’ve seen entrepreneurs go through anxiety and depression. Many also turned to substance abuse,” Pradhan told Re:Set. “It’s a very lonely journey. Your social life and engagement with family reduces considerably. This even happened with me when I was starting out. There’s a lot of time with family and friends that I could’ve spent, should’ve spent, but it’s gone now.”

The problems entrepreneurs face change every day and come in bunches. You can have operational issues, hiring issues, maintaining those hires, finding customers, making sure the product is ready, making sure the product is reaching them, and in the background, constantly marketing your product in addition to always looking for funds. This happens inside the mind of one person. And unlike large corporations which have set processes to manage these issues day to day, in early stage companies nothing moves in the organization unless the entrepreneurs themselves don’t push for it.

“Even when you do a good deal, you can’t celebrate it because then you have to keep doing the next good deal.”

Indians, according to a World Economic Forum report published this year, have the highest confidence in the world in upward mobility. They believe that working hard enough can make you rise to the top echelons of economic prosperity and stability. This has manifested itself especially well over the last decade with the number of startups in the country increasing seven times.

Although, increasingly, Zomato, Ola and Paytm are taking over 70% of available venture capital in the country, which has added pressure on entrepreneurs. The result of the pressure cooker of selling+raising+selling in perpetuity is a mental health epidemic among the country’s future wealth creators.

“There’s a piece of advice which many young entrepreneurs aren’t given,” Pradhan told Re:Set. “Once you’re leaving the business or taking a non-executive role, you take a year or two off, because it’s needed for the PTSD you’ll suffer from all those years of stress.”

Ashwin Naik has been in the mental health space for nearly a decade and helps entrepreneurs with their mental health challenges through counseling sessions and other events. Photo courtesy: Ashwin Naik

According to 47-year-old Ashwin Naik, a major problem undiscussed is the media scrutiny and pressure on funded start-ups. Through his mental health startup Manah Wellness, Naik has held online counseling, coaching, webinars and events with over 50 male entrepreneurs in the last two months.

“The biggest emotional challenge with nearly everyone we spoke with was the difficulty of putting on a brave face when everything around them is falling apart,” Naik told Re:Set. “This is exacerbated because by personality, founders are built to look for solutions rather than support systems. Many told us about conflicts with their co-founders, usually the only people they discuss their problems with, but this issue isn’t spoken of in entrepreneurial circles.”

Talking about mental health in the entrepreneurship space is an added double-edged sword. Investors like Pradhan are self-admittedly looking for founders who they think can handle the pressure of uncertainty to reduce risk on their investments. Engaging with deteriorating mental health then becomes detrimental to your ability to raise funds. Incredulously, while founders of early-stage start-ups often struggle with their mental health, investors have started funding more and more mental health start-ups in India.

“Until five years ago, there were very few people who mentioned depression in entrepreneurship circles,” Naik told Re:Set.

“2020-2030 is the decade of mental health. We will see more and more people and technologies get involved with building businesses around mental health support,” he added. “This is why it’s even more important that our brightest entrepreneurs, who will strive for these solutions, aren’t left behind by the very products they will build.”