The Mental Health Collective Breaking Through Caste Discrimination in India 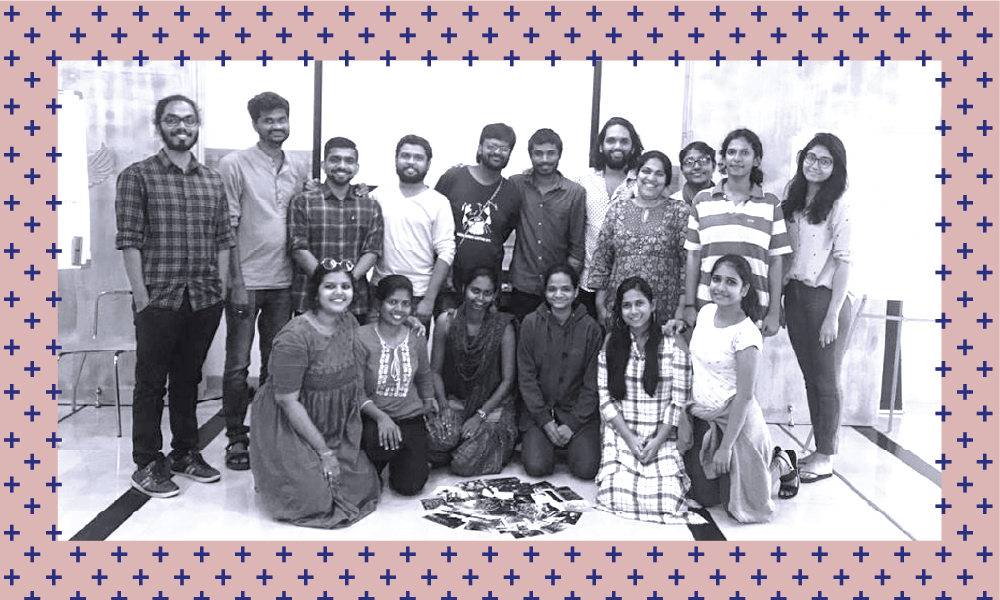 The core of The Blue Dawn's work is creating safe spaces where people from the Bahujan community can connect and share their experiences, said founder Divya Kandukuri (bottom left). Photos courtesy: The Blue Dawn

Mental health cannot be apolitical, believes Divya Kandukuri, founder of The Blue Dawn, a community support group working towards making mental health more accessible to Bahujans. The term Bahujan is used to denote members of Scheduled Castes (SC), Scheduled Tribes (ST) and Other Backward Classes (OBC) in the Indian caste system. People from these communities have constantly faced discrimination and violence at the hands of those who belong to the upper castes. From being killed for owning a horse to being denied access to water, the oppression manifests in many forms.

The idea of The Blue Dawn was put into motion by the 24-year-old who has experienced caste-based discrimination at various junctures of her life, although she did not wish to divulge the details. Along with Pranjali Kureel and Kiran Valake, who are core members of The Blue Dawn team, she was determined to create a space for people who craved a sense of community. At the genesis of the group, it was a call for those of similar backgrounds to come together and simply be there for each other. Starting off as a WhatsApp group, the mental health initiative became a tool to facilitate community healing and address the mental health challenges faced by young Bahujans. “Being students, being activists, living with our identities, there is obviously burnout,” Kandukuri told Re:Set. Alongside its well-being provisions, young Indians have turned to the initiative as a way to connect with people across the country who have lived through similar experiences stemming from their marginalized identities.

“In India, mental health…is looked at from a biomedical perspective, no one discusses caste influence on it. There [are initiatives that deal with] women’s mental health, domestic violence but [no one was looking at] the caste angle,” Kandukuri remarked. Tackling mental health from a social justice lens, Kandukuri believes that The Blue Dawn’s priorities revolve around community liberation through healing.

Kandukuri believes that mental health practices in India need to become more informed about the caste influence on mental health.

Despite comprising a large part of the Indian population, the Bahujan community has been sidelined for centuries and receives only minimal representation in everything from government bodies to educational institutions. For anti-caste activists like Kandukuri, protest is a way of life, but it comes at a cost to their mental health which often goes unaddressed. Drawing from her own experience, Kandukuri commented, “Being in the anti-caste movement, we’re always fighting the structure,” adding that more people need to check in with their fellow activists on their mental well-being. “Mental health is what you are, you have to wake up, do chores, go protest. You need support, you can’t function in isolation.”

“Our principle is that we don’t want to go and [try to] be a ‘saviour’ or educate [people] thinking that they know nothing.”

A large part of India’s Bahujan community is also from economically weaker backgrounds and hence there are added layers of challenges that are often neglected in the larger mental health discourse. Kandukuri reiterated that the majority of research that mental health practitioners turn to has been written by “white men from the west” with no context of the issues that permeate the fabric of the Indian populace. That’s where organizations like The Blue Dawn come in.

“Our principle is that we don’t want to go and [try to] be a ‘saviour’ or educate [people] thinking that they know nothing,” said Kandukuri, candidly admitting that most of the people associated with the organization are not mental health professionals but are those who believe in “just being a friend” or have become “experts by experience.” It is a challenging but rewarding experience, she remarked as she also expressed her apprehension, “You can’t go wrong…because people are trusting you and sharing their trauma.”

While in the initial year, the team’s primary focus was facilitating sponsorships for therapy and connecting people, they have moved to on ground work, engaging hands-on with different groups. Kandukuri stated that the team ensures that they are not alienating people by using western language, instead breaking it down in a way that is understandable to them.

According to Kandukuri, people need to acknowledge the burnout that accompanies their constant struggle against the caste system and the challenges it creates in their lives.

The lockdown has not been easy on many of them with several adivasi [tribal groups] struggling to get food while others are stuck at home with their abusive families.

The team spent over three months designing a module to remove complex jargon around mental health and communicate in a language that the community understands. She mentioned that they don’t like using words like “anxiety” and “depression” that might startle people, but instead they try to foster an environment which is conducive to individuals sharing their own experiences of how their identity manifests in their lives. A study by Carleton University states that there is “evidence that the effects of trauma experiences are often transmitted across generations, affecting the children and grandchildren of those that were initially victimized.” This phenomena is often referred to as intergenerational trauma and is seen in many communities who have been in a cycle of oppression and discrimination. “We don’t put words like [intergenerational trauma] in others’ mouths,” observed Kandukuri. She explained that in one of their workshops with young people, they opened up conversations about caste and mental health and encouraged them to put up a skit. “They did [it] themselves, in the skit, [the kids] spoke about structure, [the trauma it imposed] and its influence on them.”

The COVID-19 lockdown has put a pause on the group’s offline activities but has not dampened their spirits. In fact, they’ve had a productive couple of weeks where they hosted a series of virtual panel discussions and informative sessions touching upon topics like the constitution to the importance of care work, conducted cultural programs, and a movie screening over Zoom. Not everyone has access to the internet or functioning devices, remarked Kandukuri, but they continue to reach out and keep in touch with the community in whatever ways possible. The lockdown has not been easy on many of them with several adivasi [tribal groups] struggling to get food while others are stuck at home with their abusive families.

Also read: Why the Stigma of Therapy Is Multi-Layered for People of Colour

A little under two years old, The Blue Dawn has tackled milestones in terms of bringing mental health to communities where it was not prioritized, but it has been no easy feat. “[Our efforts] have sort of been valourized, but of course, there are challenges in terms of logistics and funding,” remarked Kandukuri. She does not shy away from calling out the NGO community for being “close-knit,” consisting of people mostly from the upper caste. The team works on the initiative alongside their full-time jobs, and hence, work is sometimes delayed, but the pace works for them. Outside of organizational challenges, Kandukuri pointed out that speaking about mental health itself is a difficult task because of the stigma attached to it. “We have words [in almost every Indian language] that mean mad or crazy, to ridicule those who experience the world differently.” According to her, the new generation is far more open to having discussions and unlearning the taboo, so there is hope.