‘The Legacy of These Games Is Huge:’ How Special Olympics Is Prioritizing Health 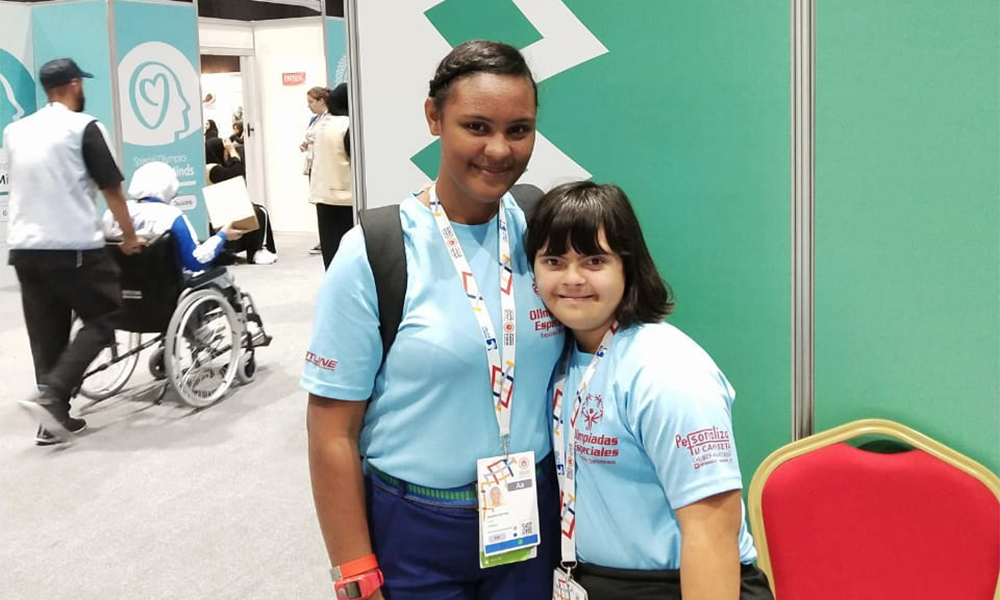 Players from the Dominican Republic before they explored the Healthy Athletes section.

At the 2019 edition of the Special Olympics World Games in Abu Dhabi last month, happiness, positivity and inclusiveness were the norm. Participants were high on energy as they explored the venues and prepared for their games. In the Healthy Athletes section, players from different countries gathered for free health screenings. It wouldn’t be unusual to spot a player testing their fitness by performing abdominal crunches or coaches, players and volunteers practicing deep breathing exercises together. Others would be learning about proper eating habits, finding the right sneakers or shaking a leg.

Over 7,000 athletes were offered access to screenings conducted by medical professionals and volunteers at the Special Olympics. “The legacy of these games is huge,” Javier Vasquez, Vice President of Health Programs, Special Olympics, told Re:Set. “It [the Special Olympics] is a great platform to promote health for people of determination.” He added that the initiative is beneficial for athletes as well as healthcare workers. The latter receive training prior to the event and focus on addressing the health concerns of people of determination. For many athletes from underdeveloped communities, war-torn countries or places with lack of affordable healthcare, this was their first time at a professional health screening.

An athlete from Nigeria gets his ear checked.

The Special Olympics health program began in 1997. Till date, it has reached over two million athletes. Game officials work towards having a bigger impact by collaborating with volunteers, students and medical professionals from several countries. “The screenings are great… [it’s] a very good starting point, but as you know the games end,” Vasquez said. “We need to be sure those [health] services are available in the community.” He believes that training camps like those held at the Special Olympics can help sensitize healthcare workers to what people with special needs require in their own countries.

When it comes to healthcare for people of determination, one of the most pressing problems is the right to choose. “Other people are making decisions on behalf of people with intellectual disabilities,” Vasquez said. “In most countries, civil laws are very old and have not been updated in line with the Convention on the Rights of Persons with Disabilities. Our own athletes cannot make decisions because their rights are limited by those old laws.”

Vasquez believes that the solution lies in directly including people of determination while implementing policies. “We shouldn’t be programming health for people of determination without listening to their voices,” he told Re:Set. “Listen to them and ask what are the health problems they face and what they would like to see in the national health policy.”

Initiatives like the health screenings at Special Olympics can go a long way in changing the narrative. At Healthy Athletes, participants are tested in eight areas including podiatry, physical therapy, well-being, and emotional health, audiology, vision, dentistry and sports fitness.

An athlete from Peru tries out new shoes inside the Healthy Athletes section.

The volunteers discovered several health concerns among athletes including tooth decay, vision problems, and hearing issues, Vasquez said. For some players, this experience has been life-changing. Consider the case of a Senegalese, Mame Ndiagne Ndiaye. The lean athlete, 31, sports a buzz cut. He was fitted with a hearing aid after his health screening and heard sound for the first time in his life. “I was surprised. I cried,” Ndiaye said in an interview. The team’s video, which includes the players tearing up and hugging each other, went viral.

More in Children of Determination