The Impact of the COVID-19 Lockdown on India’s Elderly 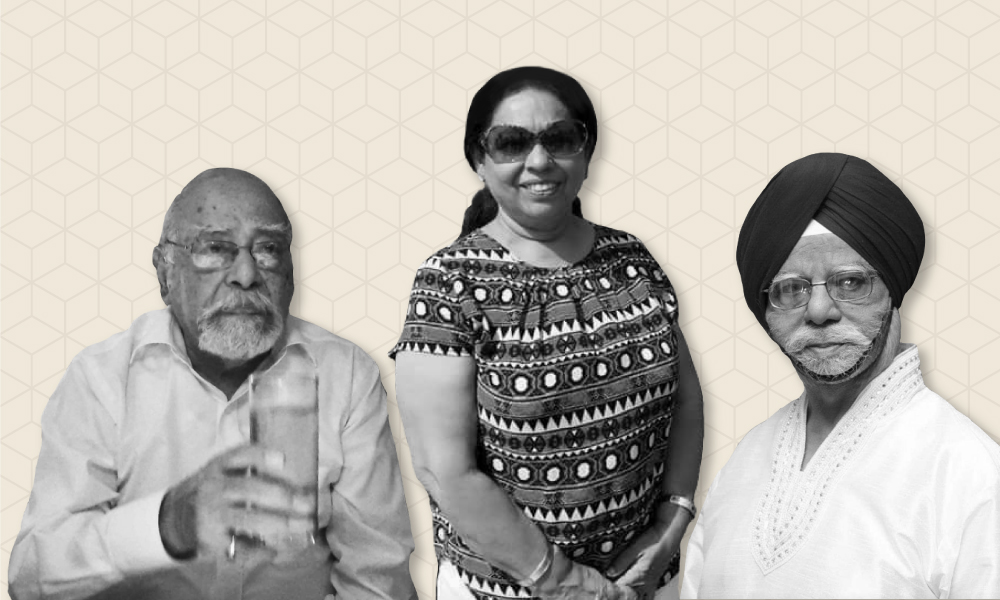 "The news also is very negative, especially for seniors with talk of death again and again."

The COVID-19 pandemic brought with it an ominous advisory for seniors worldwide: You are one of the most vulnerable populations to the virus. Nursing homes in New York became mass graves, some even leaving vulnerable seniors on the streets for intake of newer residents. Because of their perceived inability to manage alone particularly in light of the coronavirus, the demand for retirement homes is on the rise.

Incredulously, an official in the United States said that seniors are willing to die for the economy. Meanwhile, India has been kinder with its seniors, restricting movement and quarantine en masse.

To understand their predicament, Re:Set spoke to seniors in India about their endless days at home, its effect on their mental health, and how they’re getting through the worst pandemic in generations.

Editor’s note: the opinions below are personal and do not represent the views of Re:Set. Please follow the guidelines listed by your doctor and the local authorities.

The idea that you cannot go out is worse than you physically not being able to go out. It gets depressing. This rule about people above 65 not going out is irrational. In any normal circumstance, in any city or hospital a higher number of deaths take place for people above 65 because they are vulnerable. It’s for any disease, not only for COVID-19. People shouldn’t have to stay in a prison just because they’re over 65.

For many of us, morning walks are really important. It’s also when we meet friends and talk. Blocking morning walks is a grave injustice as it can be done with social distancing. My wife has poor eyesight so she isn’t doing well. We also played bridge in the evenings, gossipped a bit. Those were the two times in the day when we socialized, now those days are gone.

I haven’t met anyone for over three months and there is no end in sight. Earlier authorities were saying June and July, now some are saying it’ll go on till 2021, others are saying 2022. Sometimes I feel my life will end without stepping out of my home. It’s depressing.

Initially it was difficult to adjust, because our domestic help stopped coming after the lockdown and I’m not used to doing all the pots and pans and cooking at this age. It took me a fortnight, but I got used to it. Apart from that, some extra time has helped me pick up new skills. I’m learning new recipes online and doing some consulting workshops.

I’ve learned that we must adjust to change.

I was never emotionally down, just that adjustment was difficult. Even with the distance, I try to make it a point to make phone calls to at least two people I haven’t met in a long time. That’s important I feel and has helped. I’ve learned that we must adjust to change.

We just have to accept this fact that it’s going to be like this for some time. Photo courtesy: Sunita Wadhawan

I’ve been locked in for three months and haven’t crossed the [house] gate even because my granddaughter is very young and I don’t want to endanger her. Initially this was very difficult, as our help stopped coming from March 20th. I had to start doing housework at my age, all of my family helped but it’s still difficult.

[Potluck] parties and [religious hymn] parties had become an important part of my life after retirement, so I used to stay busy. With the lockdown, my routine changed completely with this added work. Physically I’m feeling OK, but summers are coming which make one feel depressed stuck inside. The news also is very negative, especially for seniors with talk of death again and again, so I’ve stopped watching because it makes me anxious. I’m just glad my granddaughter is around, as she’s like a toy for us, and keeps me from getting too bored.

Watching religious concerts and all this news about China, at least I’m not getting bored at home. Photo courtesy: Amar Singh Jolly

I’ve had to go out a couple of times for my throat infections, which was difficult. I haven’t met friends from my [neighbourhood] since March as everyone is at home and scared. Everyone has some medical condition or another, so we are just sitting at home. There is helplessness, but it’s happening for everyone around the world, what can we even do?

Our life hasn’t changed like that of migrants and labourers, but we are scared and worried, mostly afraid of going out. Except for the occasional walk or a run to the medical shop, I haven’t been outside in three months. I wasn’t very social to begin with, so my routine hasn’t been that affected.

But, I have a little tension and blood pressure issues, so occasionally I feel down. No one is going to help you, you have to pick yourself up. I also have a degenerative eye condition and my doctor told me to not come in anymore because he’s scared of older patients getting COVID-19. If my eyes do get worse, I will have to go to him.

Also read: Why Some Young Indians Are Reconsidering Parenthood After COVID-19Is COVID-19 Causing a Suicide Epidemic?