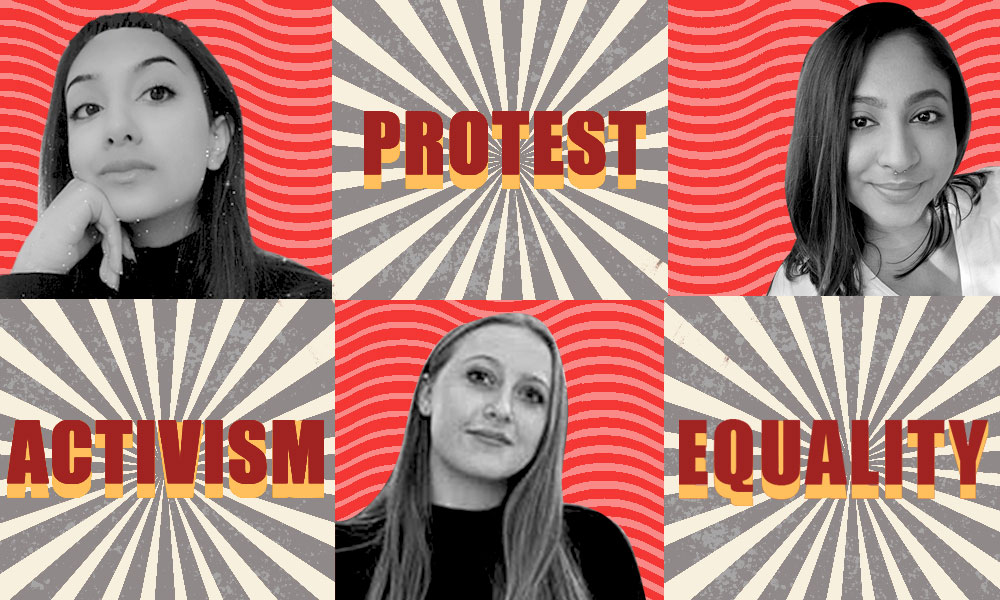 On what felt like a regular day in 2011, 26-year-old Kunti Soni walked outside the gates of the factory where she worked in Lucknow, India. She was looking for her husband as he had mentioned wanting to discuss something important with her that evening. When she found him, he cornered her and threw acid at her face before she had a chance to react or shield herself. “It was almost like a cooling sensation at first,” Soni told Re:Set. “And then, the burning began.”

A friend of Soni’s informed the local police officers, who set out to look for her husband and arrested him. “He loved someone else and wanted to marry her,” Soni said. She added that he was insecure and thought that she was having an extramarital affair with a colleague.

Soni’s life changed drastically after that incident. After the attack, Soni was rushed to a hospital where she was treated for her burns. “I felt like I was thrown into a [burning] pyre,” Soni said, recalling how acute the pain was. After being discharged from the hospital, she attempted to take her own life twice. She felt a sense of hopelessness because her face was unrecognizable and kids in the neighbourhood were afraid of her.

Kunti Soni, an acid attack survivor, found support and a community at Sheroes, a cafe run by survivors of acid attacks.

Ashamed of her scars, Soni isolated herself, staying indoors for four years and rarely venturing out. Her father then decided to sell their family home in a bid to pay for her facial reconstruction surgeries. “Nobody has the right to ruin another person’s life,” Soni said, explaining that she was constantly judged and many acquaintances chose to turn against her after the attack. “Society supports such men [like my attacker], and motivates them in a way [to engage in such harmful activities],” she reflected. “Girls are constantly shamed [for the consequences of men’s actions]. After my attack, people speculated that I must have been unfaithful to my husband.”

Also read: Beyond Movember: Indian Men Open Up About Emotions and Masculinity

She initiated a court case against her husband who was set free on bail by her father-in-law. In 2017, her husband lost his life in an accident. Meanwhile, Soni’s lawyer had introduced her to Sheroes, a cafe with locations in Agra and Lucknow, that are managed by survivors of acid attacks where she started work as a server and interacted with other women who’ve been through similar experiences. “There are even survivors with just one eye, with burnt faces,” Soni said. “They’ve given me immense support and strength.”

Sheroes is an initiative started by Chhanv Foundation, a nonprofit initiative by activists Alok Dixit and Ashish Shukla in 2013. The group focuses on providing legal, financial and medical assistance to survivors of acid attacks and their families while working to eliminate the stigma associated with the topic. They also aim to provide employment opportunities to survivors such as customer-service positions at the cafe and offer emotional support. Additionally, they kickstarted the Stop Acid Attacks campaign in 2013, which led to more conversations around the topic online.

In India, according to a government report released in January 2020, 228 cases of acid-related incidents were reported in the year 2018. This figure was slightly higher at 244 cases in 2017. Most of these cases were reported from the states of West Bengal, Delhi and Uttar Pradesh.

Anshu Rajput is now a motivational speaker, an activist and a full-time staff member at Sheroes.

One of the members of the team at Sheroes and Channv foundation, Anshu Rajput, 21, works with women who’ve survived attacks by visiting them and ensuring proper treatment. She speaks with survivors about their educational backgrounds, hopes, and dreams, and works with them to come up with a plan for their future.

Rajput is a survivor herself. Her perpetrator was an elderly man who flung acid on her when she was just 15 years old. He stalked her and was offended when she rebuffed his advances by asking her family members to intervene and speak to his wife. Humiliated, the man chose to attack an unsuspecting Rajput when she was at home, fast asleep. “Nobody knew what to do for me at that point,” she told Re:Set. “Other residents in my hometown didn’t know about acid attacks. I didn’t even know that something called acid existed.” Her parents took her to a police station and the hospital which referred her to a different medical facility in Meerut, Uttar Pradesh. It was dawn by the time they got access to treatment.

“I felt like I was dying,” Rajput recollected. After working with a doctor on her treatment plan for over three months, she came back home, shaken. “I was mentally disturbed. I wouldn’t talk to anyone or smile,” she said. Her school’s faculty blacklisted her name and told her she wasn’t welcome. “When I asked them why, they said ‘Your face is scarred and you can’t study here anymore,’” she said. “At that point, when I really needed help and support, everyone left me alone. My relatives, friends, society, our neighbours…I would get nasty comments from people. It really shook me. They’d say things like, ‘Who’ll marry her now? How will she go out into the open? She should just die.’”

“Who’ll marry her now? How will she go out into the open? She should just die.”

A 2017 study shared with Re:Set and led by researchers Dr. Bipasha Baruah and Aisha Siddika explored the link between acid attacks and attitudes of toxic masculinity. “Acid violence is often the result of women’s long standing deprivation and social vulnerability in patriarchal societies,” it read. “Women and girls are disproportionately represented among the victims of acid violence. In patriarchal societies, a woman’s appearance is often assumed to be her only asset or resource; this may explain why perpetrators tend to target and disfigure the faces of female victims.” The study also referred to how by ruining a woman’s face, attackers aim to jeopardize a woman’s career as well as her financial security, social status and romantic prospects.

Rajput’s parents were adamant about helping her move past the incident after the acid attack.  They convinced her to fight back and not let ignorant naysayers get to her. She said they told her encouraging things like, “Your attacker has assaulted your face, but hasn’t maligned your inner beauty. You’re still beautiful: come forward for other girls and talk to people about crimes against women.” She initiated legal proceedings against her attacker and won the case. He’s currently in jail. She’s not worried about what may happen after his release, Rajput said, adding that her support system at Sheroes has made her feel confident and fairly secure.

Meanwhile, she is now a motivational speaker, an activist and a full-time staff member at the cafe, which she joined in 2016. “I tell myself that people are always going to talk, no matter what,” Rajput said. “I still have days when I’ll be walking on the street and someone will chuckle looking at me or turn their faces away or exclaim, ‘How did this happen?’”

Rajput has learned to ignore rude comments. She gets strength from telling herself that there are people who are a part of her community and only have good things to say about her. In terms of acid attacks in general, Rajput thinks that as a collective, individuals need to stop blaming the victim and go after the perpetrator instead. She also thinks attackers often target women from financially disadvantaged backgrounds because of what they perceive to be an inability to seek legal or medical assistance. Attacks usually happen on women who are from middle-class backgrounds because attackers know they wouldn’t be able to afford the legal proceedings or hospital costs, Rajput said. “You never hear about any actress or a politician’s kid [or someone from a privileged background] getting attacked. It doesn’t happen.”

On a personal level, Rajput hopes to open a school for financially disadvantaged kids someday and spends her free time performing comedy sketches and playing the guitar. “I’ve worked hard all these years and want to use that to motivate others,” she said. “I don’t want to spend my life being sad.”

The Re:Set Guide to Supporting Someone with a Chronic Illness
Behind Closed Doors: People Reveal the Guilty Pleasures that Keep Them Happy