Small Ways to Create Big Changes: How to Develop a Habit 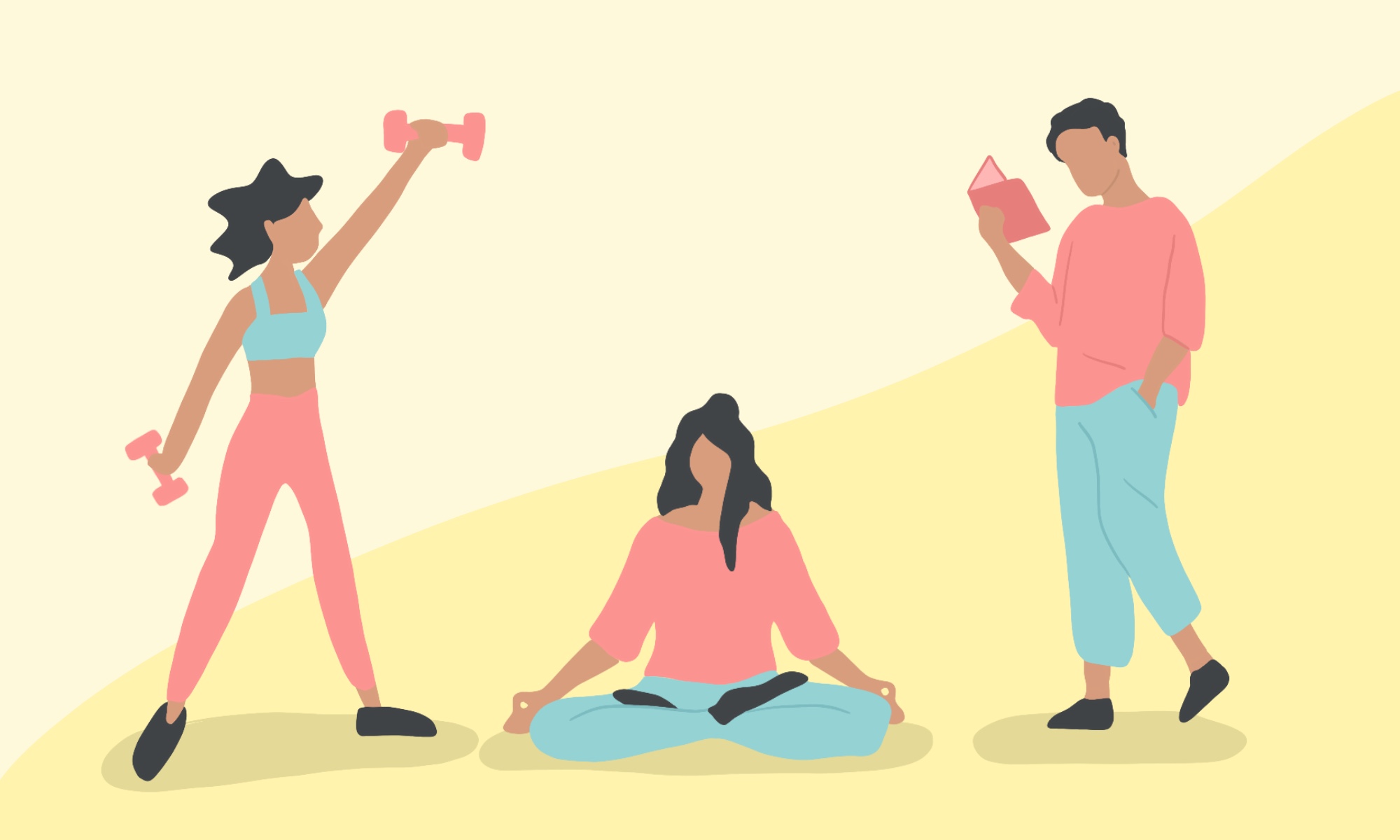 You can create the lifestyle you want by establishing good habits. Illustrations by (c) Reset Fest Inc, Canada

When you woke up this morning, did you hit the snooze button a few times, and then instinctively reached for your phone to check social media? Did you brush first or shower? Most of the actions we perform are done mindlessly as a result of the habits we have formed. A small habit may have a big impact on one’s life — waking up 10 minutes earlier could allow you some mindful moments as you sip your coffee instead of rushing to work. Those quiet times can let you reflect and set your intentions for the day. Our habits affect our mental, physical and emotional health.

Most of us want to be that morning person who works out, meditates and has a healthy breakfast followed by a productive day at work. If you’ve been mulling over how to develop or break a habit, we’ve put together some tips to help you along the way.

According to the book, “The Practice of Management” by Peter Drucker, set SMART goals. SMART is an acronym he uses to describe the characteristics your goal must possess — specific, measurable, achievable, relevant, time-bound.

Try fitting your habit in the below sentence:

Establishing a clear and precise goal makes it easier to form a habit.

For example, I will wake up at 8:30 am for 21 days. This covers the habit and is specific and time-bound. Ensure that you can track your progress and that your goals are realistic.

Use this tracker to measure whether you have followed through on the habit you have decided to form (or break).

We know consistency is key. If you are trying to quit smoking, not smoking at all for a day and then smoking three cigarettes tomorrow, followed by another day of no smoking will not get you anywhere. Start small, but stay consistent. Do it every day, one less cigarette a day will get you further than skipping out on a few days and overdoing it on others.

James Clear’s book, “Atomic Habits” speaks about the science of habit-forming. According to him, each habit can be divided into four parts: cue, craving, response, and reward. The reward is the part of the habit formation that motivates you to keep performing the habit repeatedly. Decide the reward when you set your goal. This will not only increase your self-confidence by telling your mind that you can achieve what you focus on but also will motivate you to continue performing the habit once your decided time-frame is over.

This is a simple, and no-nonsense way to build habits. Identify a habit that you already have, and add the habit you want to develop to it i.e stack it. Stanford professor, BJ Fogg calls this habit “stacking” in his book, “Tiny Habits: The Small Changes That Change Everything.” For example, if the first thing you do every day as soon as you wake up, is brush your teeth. That’s your habit. Now, stack the habit you want on your already existing habit. So you want to workout in the morning? Choose to exercise right after you brush your teeth, and try to work on that habit. Creating an association with a habit that you want and a habit that you have will make it easier for you to adopt the new routine.

Use the sentence below to help guide you through the process:

Use the ‘stacking’ method to help establish a new habit by creating an association with a previous habit.

So decide what habit you want to inculcate and begin!

Also read: Feeling Tired Despite Being Home All Day?