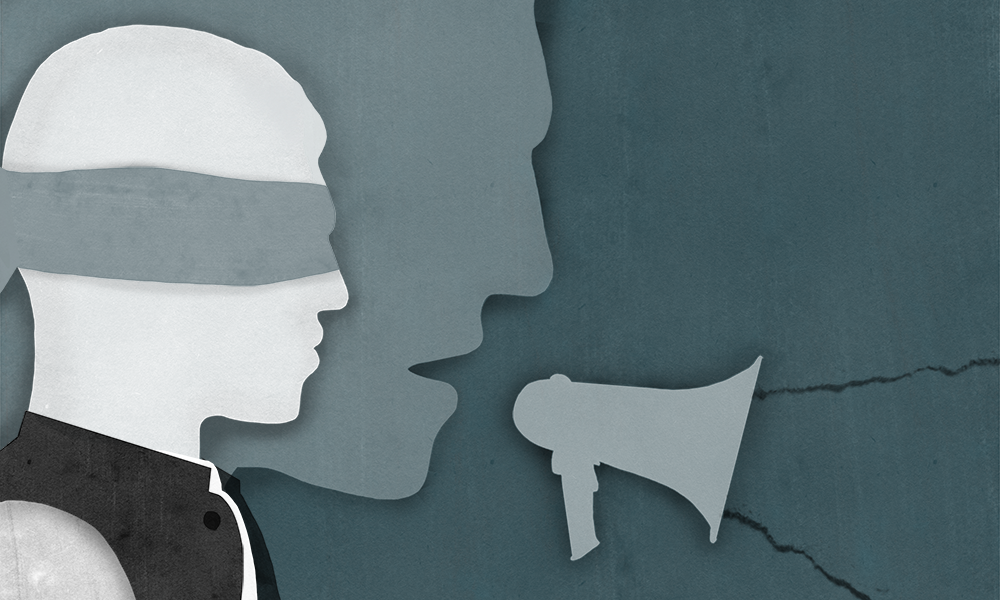 In 2006, Virali Modi spiraled into a malaria-induced coma at the age of 14. The doctors urged her family to pull the plug on her ventilator. In a span of 23 excruciating days, Virali was declared dead three times and her family was on tenterhooks, frantically hoping for a positive development.

Virali made it; opening her eyes on her birthday in a hospital room in Pennsylvania, U.S. “It could totally be a Bollywood film,” she declared, laughing. The 27-year-old disability activist, who grew up in the States is outspoken, friendly and ambitious. “I wasn’t supposed to survive,” she told Re:Set. “My mom and dad were adamant about keeping me alive.” After her episode, Virali was left paralyzed from the neck down. Her family returned to India in 2008 to explore treatment options and discovered stem cell therapy which helped her regain mobility. However, she’s had to become comfortable navigating across Mumbai, a city which isn’t accessibility friendly, in a wheelchair.

“I wasn’t supposed to survive.”

Through the years, she’s received snarky comments from strangers and even people known to her. “Certain members of my extended family told my cousins not to hang out with me. They said if you play with Virali, you’ll also become disabled,” she said. Strangers have come up to her and remarked, “you’re too pretty to be in a wheelchair.” For Virali, inclusion in India must begin with more access to public spaces and visibility. She’s campaigning for disability access in India’s public transportation system via a campaign called #MyTrainToo and modeling for brands such as Big Bazaar that are keen on equal representation. “This wheelchair doesn’t define who I am,” Virali said. “Just like your legs are your mobility, my wheelchair is doing that for me.”

In India, the public perception of individuals with special needs is largely negative due to deep-rooted stigma, lack of facilities and ignorance. “People are abandoning children,” Arman Ali, Executive Director, National Centre for Promotion of Employment for Disabled People (NCPEDP) told Re:Set, referring to a recent case in Gujarat which involved parents asking that their 23-year-old daughter, Vaidehi Rajgor, be euthanized. Rajor has cerebral palsy.

“There is [such] a huge lack of awareness about the rights of people with disabilities that the stigma is still not gone,” Ali said. He explained that a dearth of services in sectors like health and education makes the situation worse. For example, in many mainstream schools, specific learning aids such as audio-visual tools and qualified shadow teachers for students with special needs are scarce. “The majority of politicians have only thought about…the people who are so-called able-bodied and can climb everything around them,” he said. “Access is important for any person, disabled or non-disabled.”

“Access is important for any person, disabled or non-disabled.”

In March, a month before the general elections, Indian Prime Minister Narendra Modi (no relation to Virali) received heavy criticism after he joked about dyslexia while interacting with students. He was subtly mocking a political opponent. The Indian political narrative is peppered with similar anecdotes. In January, Subramanian Swamy, a member of the governing Bharatiya Janata Party (BJP) party, called Priyanka Gandhi Vadra, a prominent opposition leader, bipolar. Around the same time, engaged in a war of words, Bahujan Samaj Party’s general secretary Satish Chandra Mishra called the BJP’s Sadhana Singh mentally ill.

The list is endless. Rahul Gandhi, president of the Congress and scion of the famed Nehru-Gandhi dynasty, wondered whether the prime minister had schizophrenia at a press conference in February. In December 2016, a BJP leader attacked a man with special needs for criticizing Modi. There’s more — in 2017, South Indian actor and politician Radha Ravi, while mocking his political opponents, compared them to children with disabilities. “The country does not want a deaf and dumb, handicapped government,” former BJP presidential candidate, PA Sangma declared in 2012. And in March last year, in a misguided attempt to teach them a lesson, travelers who misused train compartments in Mumbai reserved for people with special needs, were ordered to use wheelchairs by local railway officials.

Ali and Virali find the public discourse damaging. According to Virali, careless statements by policy makers add to the stigma already associated with intellectual and physical in the country and exacerbate negative public attitudes.

“If the prime minister can say it, it’s OK for me to do this,” she said, referring to Modi’s recent comments and how people are influenced when prominent figures use toxic language or pander to stereotypes.

“Every single day is difficult.”

Educating people about disabilities and ensuring individuals with special needs have access to mainstream schools can make a huge difference, according to Virali. “We need to stop correlating the term disability with negativity,” Virali emphasized. While Ali believes it’s essential for people with special needs to be included in politics. “People [with disabilities] are not a part of planning,” he said. “It continues to remain a challenge and a welfare issue.”

Being a person with special needs is challenging in India, Ali told Re:Set. “Every single day is difficult. I dropped out of school in class 7. I never went to a regular college.” He turned to alternative courses because they were more accessible. “Imagine if I had done all that [regular education] and if I had friends and networked. Where would I have been?”

Special Olympics’ Tim Shriver on Why It’s Time to Throw the R-Word out of Your Vocab
Comfort, Privacy and Cost Effective: Why Online Therapy Is Gaining Traction