No Longer a Boys’ Club: Stories From Women in Male-Dominated Workplaces 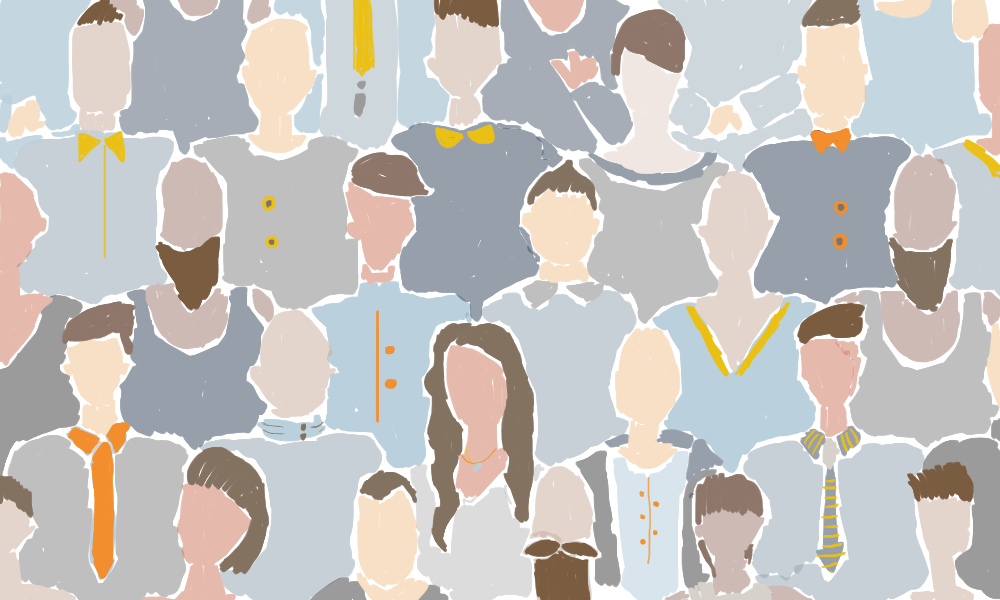 From a construction worker to a cover, women share their experiences. Illustration by (c) Reset Fest Inc, Canada.

Sage Franch is a coder who is passionate about Star Wars, books and diversity. She lives in Montreal, but travels the world in a bid to promote gender equality, participating in talks on the tech space for minority groups. Currently leading a burgeoning tech startup, Franch was in a very different headspace nearly six years ago. She didn’t know how to follow her passion in the face of resistance from her peers. “When I went to university, that’s where I really saw the gender divide. It was shocking to me,” she told Re:Set. “It got so bad…people were telling me that I didn’t belong and I couldn’t code in a dress.” Franch refused to get bogged down. Several years later, she started a blog to inspire other women in the field, before launching Crescendo, a startup that focuses on inclusivity and learning in the workplace.

Franch hasn’t had an easy professional life. Early in her career, she was constantly challenged and reminded that she’s an outlier in a male-dominated field. In a conversation with Re:Set, she reflected on a particular incident that alarmed her: a former female colleague once sat her down and advised her to learn more baseball trivia, so as to better fit in with her male coworkers. Franch was aghast. “Do I really need to change everything about myself and live a lie to engage in the work that I find most fulfilling?”

For Michelle Hands, a construction worker from Leeds, U.K., working in a male-dominated environment made her hesitant to reveal she was pregnant last year. Hands wasn’t a stranger to sexism in the workplace, and has always been an outspoken advocate for the rights of female employees  in the construction sector. “I’ve definitely had periods in the last 12 years where I’ve questioned whether I should carry on in the industry, and I have had experiences that have made me wobble a little bit,” Hands told Re:Set. For instance, during her pregnancy, while working on a particularly stressful project, she had an altercation with a manager. Stress levels were at an all-time high and Hands broke down — something that didn’t usually happen with her on the job. She points out that working in her field was physically and emotionally draining even for her. “I look back at my experiences and I realize that if a girl wants to go into the industry and they aren’t as strong a personality as I am, they might struggle,” she said.

“I have had experiences that have made me wobble a little bit.”

Riddhi Sandil, a psychologist and professor at Columbia University and co-founder of the Sexuality, Women and Gender Project, believes that being in a male-dominated space can be daunting, as there are likely to be few to no women in leadership roles. “Women could actually fall into the trap of self-doubt and this feeling could become even more extreme…[they could begin to] feel like an imposter…where you think ‘I don’t deserve this job. I got this out of luck..[and] if people find out who I really am, I will lose my job,’” she told Re:Set. Work performance can suffer in an environment where women don’t have a sense of community with their colleagues, Sandil added, referring to how the onus also falls on men in positions of power to make the workspace more welcoming. As businesses and companies increasingly focus on inclusivity, the gender disparity is hard to ignore. Even in female-dominated professions such as nursing and design, male employees are paid more than their female counterparts and have a better chance of moving up the ladder, Sandil explained, talking about some of the institutional barriers in the workforce.

Michelle Hands has continued to work at male-dominated construction sites despite the physical and mental challenges. Photo courtesy: Michelle Hands

There are several gaps that still need to be filled. As per the UN Women’s annual report last year, there is a huge divide globally at the workplace: only 34% managers around the world are women. Additionally, economic opportunities for women which include factors like equal pay and their participation in technical professions remain low at 41.9% across the globe. It is estimated that these changes will take a long time to overcome. How long? 108 years, at the least.

Trying to break into a male-dominated industry can be exhausting. Rubab Jubani, Pakistan’s first female food delivery professional, rides across Karachi on a bike, clad in a bright uniform. She got into the field last year after she found a Facebook recruitment ad for FoodPanda, a popular food delivery service. “I really enjoy this [job],” Jubani told Re:Set. “I want to change the mentality that people have towards women in Pakistan.”

“Nobody can tell me what to do.”

She’s had people respond positively and negatively to her career choice, asking her why she hasn’t opted for an office job. Jubani doesn’t let the naysayers get to her. With her family’s support, she stands her ground and zooms around Karachi, helmet firmly in place. Flexible work shifts help her unwind. The catch? She has to be mindful about her safety on the job because she rides alone and doesn’t have anyone looking out for her when she delivers food parcels to customers. She’s been on the receiving end of comments from men who have told her to “stay at home. This job is not meant for women.” Jubani doesn’t get affected. “I’ll go after what I want to pursue. Nobody can tell me what to do,” she said.

Jubani doesn’t have a robust community of female riders like her in Karachi just yet. She turns to her friends and family members for support instead, and hopes to inspire other women in Pakistan. “Don’t worry about people,” she quipped. “Do what you need to do to look after yourself and fulfill your dreams.”

When it comes to looking after one’s mental health, Sandil is a big believer in turning to the community for support. She also thinks that organizations need to step up with mentorship programs for women, and there needs to be more emphasis on issues like equal pay, workplace sexism and maternity leave. “I think it is very important to foster a sense of support…in your workplace,” Sandil said. “So, my first recommendation always to women is to try and see if you have allies in your workplace. People you can count on, women you can count on and have a sense of community.”

Rubab Jubani doesn’t let the fact that she doesn’t have a robust support system overwhelm her. Photo courtesy: Rubab Jubani

This approach has worked for Hands as well, who has turned to resources online. “What we do have is a very strong community of women on social media where we encourage other girls to connect with us,” she told Re:Set. She also turns to techniques such as freelancing, restricting her schedule and getting adequate sleep to prioritize her mental health.

Franch’s mantra to mental health is similar. She limits the number of stressful meetings she takes on in a day and walks as much as possible to unwind. She also actively networks with other women in technology. “I think more and more resources have popped up for women of late,” she said, referring to initiatives like The Wing, a co-working space designed specifically for women in New York.

For Jubani, mental health awareness is important. While she’s been transparent about living with depression much before she started working, she’s in the minority. Mental health remains misunderstood in Pakistan. “It’s [mental health] still stigmatized in Pakistan, but things are slowly changing,” Jubani said, referring to how more people have started speaking about mental health challenges like anxiety and depression. For her, doing what she loves and riding her bike keeps her going on even on difficult days.

Franch, Jubani, and Hands want other women to follow their instincts and pursue their passions. “I say this to everyone — have a go…don’t be put off by thinking it is a male-dominated environment,” Hands told Re:Set.

To the Brink and Back: Survivors Share Their Stories of Suicidal Ideation
How Working in Social Media Affects Your Mental Health