Making Sense of Mental Health Through Laughter and Stand-Up Comedy 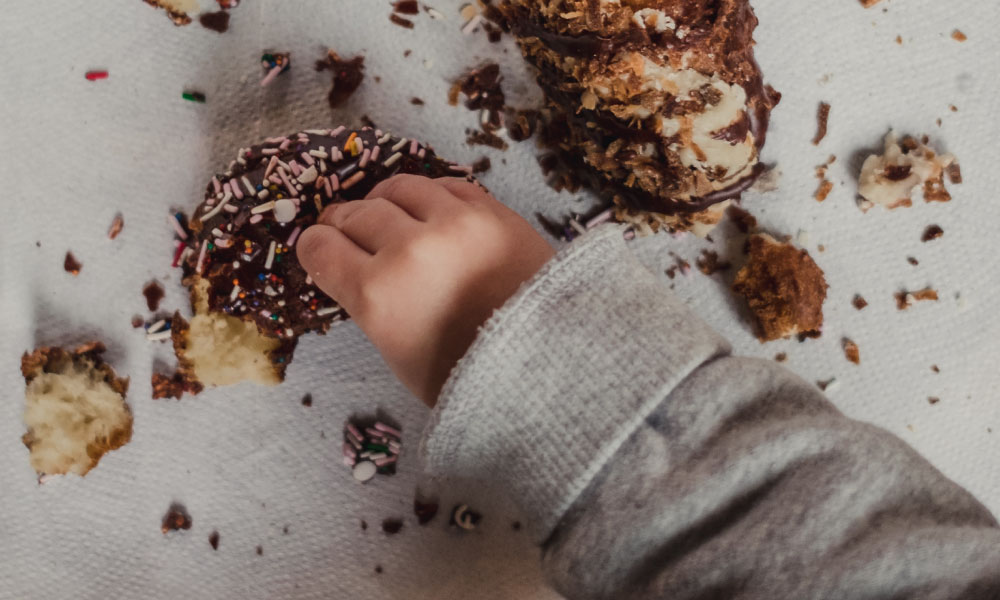 When I go onstage and talk about how I donated a part of my liver to my mom and she still wouldn’t do my laundry, I’m able to laugh at that because I experienced that,” Hashem El Garhy, an Egyptian comedian said, reflecting on a painful period from his life. He is grateful that he gets to regularly be onstage and make other people laugh with his wisecracks and humorous observations on life. A lively performer with an easy charm and a penchant for making dramatic sounds, he left a corporate job in Cairo to start his own comedy group, Al Hezb El Comedy [The Comedy Party] in 2011, one of the first comedy platforms in the country. “For comedians, the world is our stage. That statement couldn’t be any more true,” El Garhy told Re:Set.

While the first few years were particularly difficult as they tried to introduce the concept of stand-up comedy in the country, the group managed to gradually get noticed for their hard work and their jokes on parenting styles and culture which resonated with local audiences. They got media attention in 2013 which helped in landing more gigs. As El Garhy was gearing up for a performance at the Montreal International Comedy festival in December 2014, he received devastating news a week before the event. “My mom got her first hepatic coma and everything stopped,” he said.

Hepatic coma, also known as hepatic encephalopathy, is a condition commonly associated with liver cirrhosis and can result in disorientation, confusion and a loss of consciousness among other symptoms.

He reflected on the incident, describing what it felt like to him. “Hey, your Mom’s dying. You’ve got to deal with the situation,” he explained. “At that time, I didn’t really know what to do, to be honest.”

His family’s world had turned upside down with a single diagnosis. “We take that [family] for granted so much. We think that our parents are going to live forever,” the comedian mused. “Comedy, for me, was the mechanism that made me cope.” They spent the next three years rushing to hospitals and booking doctor appointments as El Garhy attempted to find a liver donor and simultaneously balance his new career as a stand-up comedian. “Because I went through that, I feel it’s my right to go onstage and discuss that because life is an incredible ride,” he said.

For him, it feels human to confront his issues and share them with others, connecting with the audience over universal themes such as pain, loss, and tragedy. Initially, people were taken aback because he tackled sensitive subjects like his mom’s diagnosis through jokes. “Getting onstage for us [comedians] and entertaining is what keeps us going. We fight it [depression] onstage. We want to make people happy, that’s what we do. That is how we get over it.”

In the world of stand-up comedy, nothing is off-limits. Many comedians including Chris Gethard, Aparna Nancherla, and Maria Bamford have started talking about their individual struggles in their sets, addressing topics related to mental health such as anxiety and depression.

For American comic Priyanka Wali, stand-up comedy is a preventive tool. Based in California, the stand-up comedian is also a doctor and her sets cover topics ranging from navigating romance as a doctor, exploring online dating on Indian matrimonial sites to discrimination among cauliflowers at the farmer’s market.

The artist has dealt with depression and complex PTSD syndrome which involves traumatic emotional flashbacks from her past. She didn’t realize she was depressed until she studied psychiatry in her third year of medical school in California.

For doctor turned comedian Priyanka Wali, stand-up is a preventive tool and one way she takes care of her mental well-being. Photo courtesy: Mackenzie Stroh

Several rounds of therapy and prescribed antidepressants helped her feel better. “The depression was situational. It was because of severe stress from medical school, poor coping skills, and an unsupportive social environment,” Wali told Re:Set. She consciously sticks to a lifestyle that doesn’t induce too much stress and chooses to work part-time as an internal medicine and obesity medicine physician to avoid extra pressure. Stand-up comedy is a full-time pursuit and Wali finds it liberating to be onstage and talk about her experiences.

“For me, stand-up comedy is another outlet that’s a protective measure. In a way, that is my medicine to prevent me from relapsing,” she said. “The thing about stand-up is that it allows you to sublimate the emotion. You really start to think about what is another way to look at this very dark idea that could possibly be funny?”

The link between comedy and depression isn’t a new discovery. Well-known psychoanalyst Sigmund Freud had an explanation in 1905. He theorized that comedians use their art to find relief and cope via a defense mechanism when anxiety threatens to cripple them. While, a 2014 study conducted by researchers at Oxford University found that stand-up comedians often display unusual personality traits, which means many comics tend to be wired differently.

Essentially, comics may use their darker side to deal with life’s murky realities by cracking jokes and releasing pent-up emotions. Another way of looking at it? Because they often have well-written, structured sets, stand-up comedians can use their material to deal with their social anxiety. Many comics do not have depression or anxiety issues, but still, use the platform to talk about stigmatized mental health illnesses.

“It’s making fun of the situation that we’re in that empowers us.”

El Garhy thinks comedy is a universal tool. After a friend and fellow comic told him about battling suicidal thoughts and depression, El Garhy asked him how performing stand-up comedy makes him feel. “When he’s onstage, he tells me, he feels amazing,” El Garhy said. “It’s making fun of the situation that we’re in that empowers us.” He lost his mother to liver cirrhosis in September 2017. “We should talk about getting depressed onstage,” the comedian told Re:Set. “Write a letter to depression as if they’re a person. Why do you do this to me, depression? Why do you make me feel like I can’t get out of bed? I want to get out of bed.”

Wali recalled being approached by a woman after one of her shows in California. “She said, ‘I have breast cancer and I’m currently going through chemotherapy. [With] your show tonight, for the first time in a long time, I forgot I had cancer. So, thank you for giving me that.’” Wali believes that performance art can help both a performer and their audience heal. “That was one of the most powerful compliments I ever got,” she said. “We need to create a culture worldwide where feelings matter.”

#COVID19: 5 Ways to Take Care of Your Mental Health While In Isolation
The Lockdown Shows India’s Ill-Preparedness to Deal With Rampant Alcoholism