Is COVID-19 Causing a Suicide Epidemic? 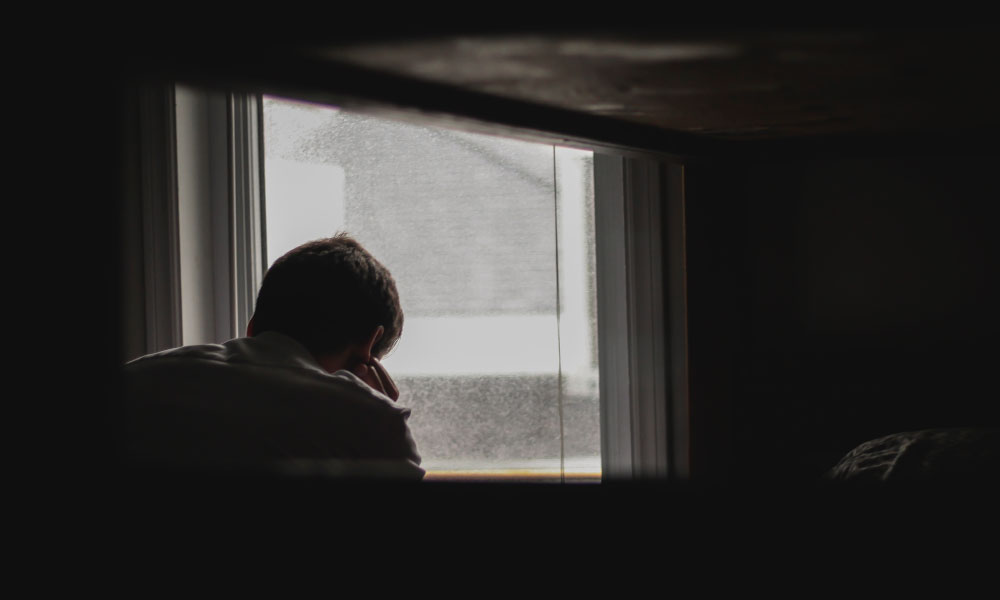 "We have to start addressing loneliness as a healthcare concern." Photo courtesy: Unsplash

For Sean, a 36-year-old British finance manager living in Asia, it had been a difficult 2019 because of shaky market conditions. He started a new job at a major architectural firm in February and a month later, he, like millions of others, started working from home. However, on April 26th, Sean was let go. He has been having suicidal thoughts ever since.

He’s on LinkedIn applying for jobs, sometimes with 2,500 other people, as mass layoffs and unemployment rattle the global economy. He’s away from his family and finds himself isolated.

“Sometimes I go to bed and just don’t get up for two days,” Sean told Re:Set over a Zoom call. “I call this the dark passage, it comes and takes you away from a holiday to a very dark world and all your negative thoughts just play over and over again. You are trapped there. It’s a world of hopelessness and negativity, where I started having suicidal thoughts.”

“It was a big shift, from working on super computers together, to working alone from home. One of the big things I was responsible for was looking at forward work, what work would be available, but that just kept dropping off. I’m worried about my job, our bills, what would happen if my partner lost her job too?” he added.

In India, 34-year-old movie star Sushant Singh Rajput died by suicide this week, reportedly showing signs of clinical depression according to Mumbai police. A 14-year-old girl set herself ablaze because she couldn’t attend online classes and another 17-year-old died by suicide because she couldn’t see her family due to the lockdown. An Indian Revenue Services officer also died by suicide fearing he would spread the disease to his family. The country also has seen the highest number of farmer suicides in the state of Maharashtra in 20 years in the three month COVID-19 induced lockdown. Neighbouring Nepal has seen deaths by suicides rise to 1,200 in the 74 days of lockdown.

“Sometimes I go to bed and just don’t get up for two days.”

For COVID-19, a report by Robert Graham Center is projecting 75,000 “deaths of despair” in the U.S. alone, due to a myriad of reasons including, “economic failure with massive unemployment, mandated social isolation for months and possible residual isolation for years and uncertainty caused by the sudden emergence of a novel, previously unknown microbe.”

There isn’t any conclusive data yet on suicide rates worldwide as we’re still in the midst of the pandemic, but the trends thus far are alarming.


“People are just being left to fend for themselves, and that’s creating the biggest problem,” Devika Kapoor, a Mumbai-based counseling psychologist told Re:Set. “This idea of self-reliance, or ‘Atmanirbhar’ is the most isolating term authorities could’ve used. It goes against what community healing stands for, because suicide isn’t an individual problem. There are economic and social systems around us, like caste, gender and disparities that are exploitative in nature which percolates in our own actions. So with all this added pressure, people don’t feel hopeful.”

For Sean, the idea of self-reliance has been difficult. Few countries such as Denmark have nationalized private employee salaries, but most have left their citizens to fend for themselves, creating unprecedented economic hardship. Sean has even had to put his wedding plans on hold, as in addition to economic issues, the pandemic has put a strain on his relationship with his partner.

“I’m only talking to two cats and my fiancée 24/7,” he said. “Not talking to people has been difficult. It’s not easy to make a work space out of your family setting. It’s also become our dating space, as we can’t go anywhere. It takes a toll on any relationship.” Sean and his partner are trying relationship counseling, where Sean also discusses his suicidal tendencies.

Despite an increase in mental health challenges, especially due to the pandemic, mental health services have not scaled fast enough all over the world. According to another report, the U.S. has just 9 psychiatrists per 100,000 people. India needs to increase its number of clinical psychologists by 20 times to have adequate resources for its population.

“We are talking about suicides here, telling others we’re listening, but not everyone can afford mental health services, which remain inaccessible to most people,” Kapoor said. “Death by suicides is still a conversation only happening in privileged circles.”

Amanda, name changed to protect her privacy, works in business development for an events company in Asia, and has been home since March. She hasn’t lost her job, but being isolated has pushed her into depression.

“I feel like I’m alone, and not able to keep my head above water,” she told Re:Set. “Not being able to go to work and being around friends has been difficult. I have not reached out to my family for help as I’m in a different country and don’t want to stress them out. I’m feeling depressed all the time and just want to be surrounded by my loved ones at this point.”

“Perceived isolation,” according to a study, was linked with, “with adverse health consequences including depression, poor sleep quality, impaired executive function, accelerated cognitive decline, poor cardiovascular function and impaired immunity at every stage of life.” Additionally, a 2019 study of 58,000 Americans found that social isolation increases the risk of premature death from every cause for every race, doubling the risk for the minority black population.

Despite all technological advances, like The Kissenger for couples in long distance relationships, technology simply cannot replace the human touch. Everyday acts like hugging, for example, “induce oxytocin, that’s renowned for reducing stress, lowering cortisol levels and increasing a sense of trust and security.”

“Unfortunately we’re in a circumstance right now where nothing will live up or match up to physical touch. So we have to start addressing loneliness as a healthcare concern,” Ruchita Chandrashekhar, a counseling psychologist based between Delhi and Mumbai, told Re:Set. “So it’s maybe dissatisfying, but you have to try to check-in on people as a community. It’s only about survival now,” she added.

Chandrashekhar has seen an increase in pet adoption among her patients, as they’re better for serotonin and oxytocin levels. She’s also seeing “adjustment stress”, as populations who do start reintegrating into public spaces are faced with a new reality, such as seeing people through masks and standing six feet away. Apart from her patients, days have become mechanical for her as well.

“I see 45 people a week, which is much more than people I know are seeing, so I get connection exhaustion,” she said. “What I do is back away and stop all communication after a certain point in the day. It’s just about getting on day to day.”

Tips on Getting Through the COVID-19 Lockdown From Someone with a Chronic Illness
A Double Edged Sword: How the Pandemic Is Affecting Freelancers