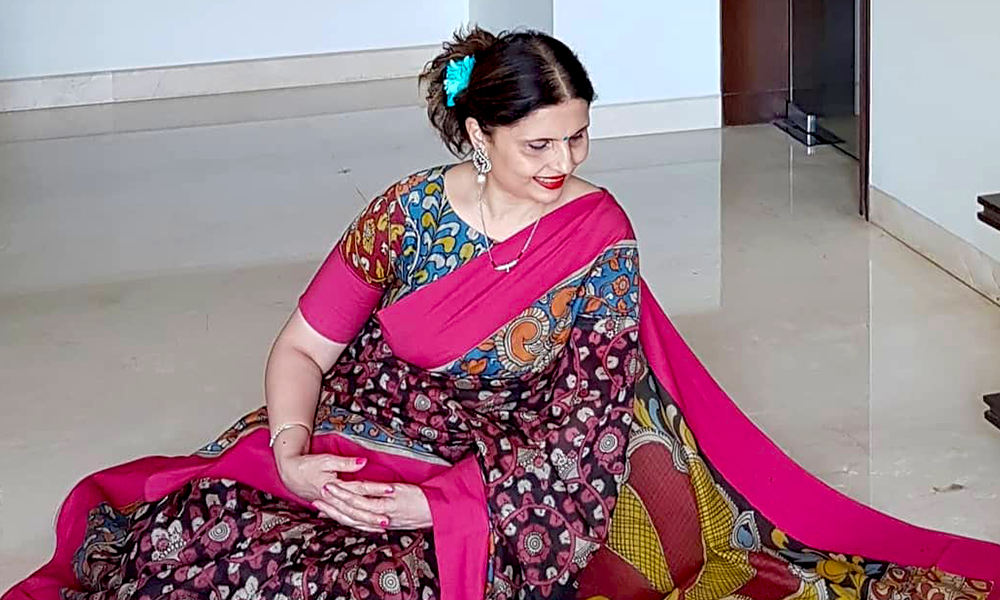 "People are making prototypes, getting it out for testing, then incorporating assessment for updating designs." Photo courtesy: Sumant Bhutoria

On March 20th, the novel coronavirus or COVID-19 hit an inflection point in India, with cases touching 250 for the first time. That day, a doctor from Mumbai texted his engineering and management trained brother-in-law about creating a WhatsApp group, for ‘techies’ to connect with doctors on the front lines of the fight. Many Indian doctors, for example, were using inadequate self-made shields to protect themselves. Three days later, the group prepared a 3D printed prototype of a face shield for doctors in ILS Hospital in Kolkata, so they could collect feedback, scale up operations, and start supplying in bulk.


With India imposing a nation-wide lockdown for 21 days, and a recent report projecting as many as nearly a million confirmed cases by the end of May and over 30,000 deaths, in the country, scaling healthcare fast and cleaning up supply chains has become key. This is even more imperative considering that the Indian government failed to stockpile COVID-19 personal protective gear (PPE) for its health workers, despite WHO guidelines from early February.

The group, called ‘Techies fight COVID-19’ has IIT, IIM grads galore, along with doctors who keep feeding them about the needs of the first responders in the hospitals. It has over 200 members, and has spawned nine sub-groups, tackling increased testing, ventilators, population hygiene, among others. Some have increased maximum capacity, so they’ve also started a Telegram group.


The plan was initiated by Dr. Swapneil Parikh, an internal medicine specialist who co-authored a book on COVID-19, in just three weeks. “Based on the research for the book and early patterns, it was pretty clear to me that this is going to become a global pandemic,” Parikh told Re:Set. “This exposes the deficiencies of our political apparatus over decades to provide adequate healthcare to its citizens. You can’t scale up healthcare which takes decades to build in a few weeks.”

“We have to keep in mind that it’s not about response, it’s about the aftermath.” Photo courtesy: Swapneil Parikh

Parikh reached out to his brother-in-law, Rohit Sakhwalkar, who has experience problem-solving at a whole variety of companies, from Moody’s Analytics to Bain & Company, and more recently start-ups in India. “Product people in the group are looking at design, engineers are looking at specs and management folk are looking at supply chains and logistics,” Sakhwalkar told Re:Set. “We’re now focussed on aerosol boxes, ventilators and oxygen concentrators.”

“We might have our differences, but when things go really bad, Indians always come together.”

When on the first day doctors emphasized on the need for face shields, Sakhwalkar roped in Sumant Bhutoria, CEO of Kolkata-based Alfatek Systems. The firm does prototyping and builds 3D printing machines, for clients like ITC, the Tatas, L&T, among others.


The group and Bhutoria relied on open source solutions and worked out design. Alfatek fabricated the first one in just over three hours and delivered it to a hospital for feedback. “The open-source hardware community has risen up to the challenge. People are making prototypes, getting it out for testing, then incorporating assessment for updating designs,” Bhutoria told Re:Set. “We might have our differences, but when things go really bad, Indians always come together.”

Bhutoria is trying to get into 3D bioprinting, with the hopes of eventually 3D printing a human heart. Photo courtesy: Sumant Bhutoria

He currently has six machines running, and the initial conversations with the hospital have revealed that they want to be prepared, so are thinking of ordering around a 100 shields. The pay has been loosely discussed, the situation has been very fluid; and they can supply it in around three days by running nearly six machines at full capacity for 24 hours. The hospital, though, hasn’t been able to pickup their sample for the last two days because of the curfews.


These efforts come when demand for India’s private sector to get involved with problem solving COVID-19 have increased. The techies working from home have answered the call, and are already concerned about more mid-term issues. “We have to keep in mind that it’s not about response, it’s about the aftermath,” Parikh said.

“Whenever there is such disruption, it breeds more disease. In Haiti after the earthquake, it caused a cholera outbreak.”