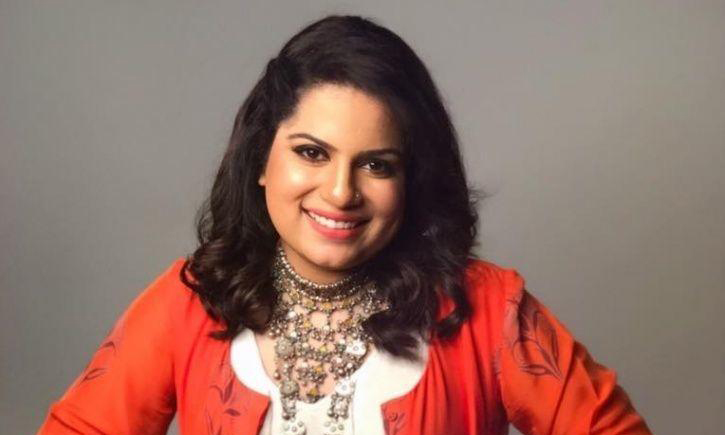 Mallika Dua’s brand of comedy won over scores of Indians in 2016 when her slice-of-life observations on the capital city’s inhabitants went viral, characterized by a bunch of quirky roles created by Dua herself. The Indian comedienne stayed true to her identity, never bowing down to societal pressure by censoring her carefree style or losing weight for auditions. What made her stand out was the fact that she was a self-made woman from Delhi, a relatable celebrity who reminded viewers of someone they knew in their lives: a funny friend, a witty cousin or a bubbly neighbour.

In three years, Dua has managed to break into an industry that’s rigid and sexist in nature, strictly controlled by conventional standards of beauty and popularity. Her foray into entertainment was unplanned. Then an advertising professional, she started posting creative videos on Instagram and Snapchat, providing viewers with a much-needed dose of comedy with sarcastic clips and video filters depicting goofy avatars such as “Komal,” “Kanchan” and “Smylie Jenner,” exploring various topics like body image and sisterhood troubles.

As her army of fans increased steadily, she moved to the entertainment industry full-time and her talent landed her roles in Bollywood movies, a gig as a judge on a TV show called “The Great Indian Laughter Challenge,” and a lead role in another show, “The Trip.” Meanwhile, she stayed vocal about important topics like body positivity, nonconformism and feminism, posting satirical videos that made fun of society’s unforgiving expectations regarding beauty and physical appearances. In October 2018, she also addressed the wage gap, tweeting that she was paid less than half of what her male colleague, comedian Zakir Khan, was paid for “The Great Indian Laughter Challenge.”

In September last year, curly-haired Dua who’s known for her cheery public persona, took on an extremely personal topic: clinical depression. She shared a long post about her mental health journey on Instagram, revealing intimate details from her life. She wrote about battling depression for several years and being on antidepressants. The actor added that it was a risk to open up about such a taboo topic on social media. Something like this could affect her work, her reputation and connections in the industry because speaking up about a sensitive topic like mental health is still frowned upon. But she cared little, she wrote.

“I think I started experiencing differences in moods when I hit puberty.”

“I think I started experiencing differences in moods when I hit puberty,” the 29-year-old told Re:Set. She attributed her moods to normal, hormonal changes that most teenagers experience and her problems didn’t really begin until she started university in 2008. “Those four years of college were very hard for me,” Dua said. She’d find herself constantly anxious, worrying about her parents and feeling incredibly nervous around other people. Before she realized it, she started withdrawing into her own shell. “I had never understood back then why I was feeling this way,” Dua reflected. In hindsight, she believes that drastic life changes have been closely linked to the presence of anxiety and depression in her life. Whether it was tackling university in Delhi and keeping up with the demands of college life or moving to Mumbai to begin her acting career, therapy helped Dua spot a pattern as she noticed that her triggers were closely connected to change.

“A year into graduation, my sister, who is a therapist, told me that I should see someone,” Dua said, talking about what made her seek professional help in 2012. Dua ignored her sister’s advice for a long time, feeling intimidated by the stigma linked to mental illnesses. She was also afraid of being labelled. “If you’re seeking help for your mental health, you’re crazy,” she said, referring to the damaging labels people use to generalize and dismiss mental illnesses.

Before her diagnosis, performing was her primary source of comfort, her safe space where she wasn’t bogged down by her internal conflict. Acting and performing come naturally to Dua, who has been dabbling in the arts since childhood. “I was very confident on stage and in acting class. It’s almost like I found a voice there,” she said. One of her most popular avatars is a character called “Makeup Didi,” a feisty lady who’s perpetually worried about her looks. She often tries her hand at popular beauty trends like smokey eyes and bold lip colours with hilarious results. “Makeup Didi” is someone who tries her best to cover up her insecurities with bright lipstick and dark mascara. Dua infuses comedy with relatable, contemporary examples to drive home a point: it’s acceptable to be flawed and our insecurities make us human.

“It’s a love-hate relationship with what I do,” Dua said. “This has given me a new lease of life. People know me because of it.”

However, there is constant pressure to create new content, to stay ahead of the trends and be relevant. “It’s a freelancer’s job. You may be at the top of your game but if you don’t have work for a month, you start feeling like you’re no good,” she told Re:Set. “There will also be periods when people will ask what have you been up to and you have nothing to say. You have to be OK with that.” Additionally, she thinks it’s intimidating to be in the space she’s in. “[I’m in] a profession where you’re expected to be smiling all the time, happy all the time, making others laugh,” she said, explaining that it’s challenging and exhausting enough to keep herself happy, and the continuous pressure to entertain others takes its toll.

In her Instagram post last September, Dua chose to be transparent about her mental health troubles. She was motivated to speak up after she met someone who gave her a unique gift: a piece of art inspired by the antidepressant pill, Prozac. “The thing is that no matter how woke we all try to be and we may say we’re not judgmental, mental health still has a massive stigma,” Dua said. According to her, if she had a personal public relations specialist, they would have forbidden her from posting anything about a topic as taboo as depression. “We all run the risk of losing something when we talk about this,” she said.

“You take medicine for your headaches, your stomach aches. This [depression] is as much worthy of medicating [as anything else],” she told Re:Set.

Dua’s love for the arts is insatiable. “They [the arts] really have the power to humanize people and calm things down,” she said, adding that her profession has helped break the ice with other people on several occasions. However, as a student, her teachers expected her to focus on her books and her aptitude for extracurricular activities was ignored.

“They never acknowledged [my strengths] and I carried that with me,” Dua shared. “Teachers have to be very careful because children spend half their day with them. You need to make someone learn better values in life and you have to be OK with who they are as opposed to comparing them with other children,” she told Re:Set. According to her, there needs to be an emphasis on extracurricular activities in school. “I’m not depending on academics for my livelihood today, right?” she told Re:Set, saying that not being strong academically didn’t stop her from being successful. She also thinks schools should focus on teaching life lessons and organize counseling in schools to provide adequate support and avoid scars such as low self-esteem and self-doubt later in life.

“It’s not like you pop a pill and it ends at that.”

It’s also dangerous for parents to dismiss mental health and say something like “there’s no such thing as depression,” according to Dua. She said that the generation gap comes into the picture and older parents often call their kids privileged, telling them they’re not actually depressed. She thinks it’s crucial for parents to acknowledge that depression is a real mental health condition and needs medical advice with the right support tools such as counseling or medication.

For Dua, the future holds promise. She is currently involved in several projects and shows no signs of slowing down. “I think my greatest learning has been trying to be my own best friend,” she said. “One thing I have realized is that medication can only help you this much. It’s not like you pop a pill and it ends at that. There’s a lot that you need to do for yourself.” The actor ensures she spends some time on self-care. She exercises regularly, eats healthy food and tries to incorporate a routine into her days despite her unpredictable work demands. “It’s important to be kind to yourself no matter what job you’re in,” she said.

She has learned to prioritize her health beyond everything else. “It’s great to hustle and do things but there comes a time when you have to say: stop.”