How Working in Social Media Affects Your Mental Health 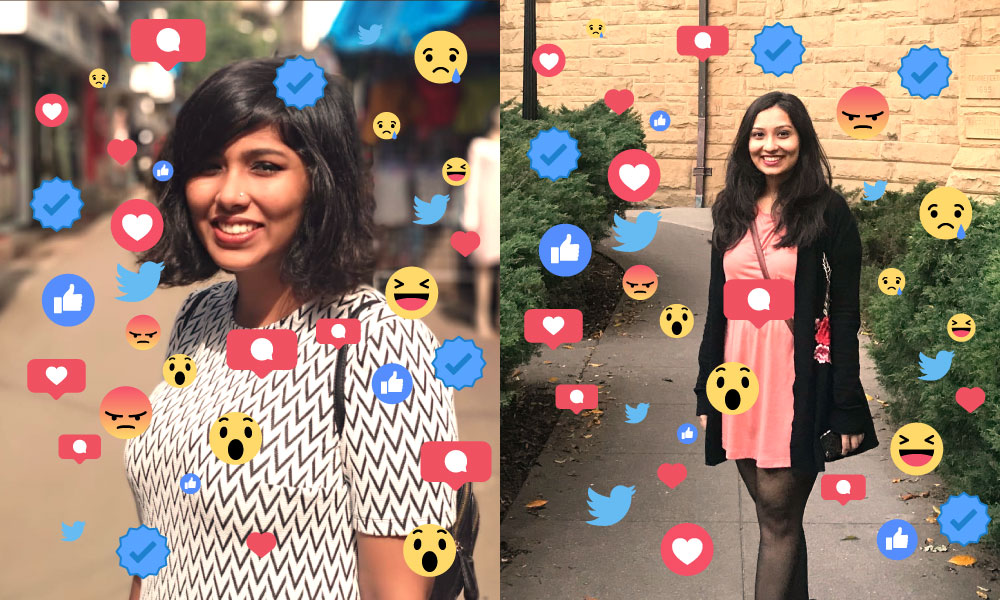 For many media professionals whose work revolves around social media, separating life and work online can be tough.

Nivedita Sanjai begins her mornings with her phone: even before she’s out of bed, she spends a little under an hour scrolling through Instagram, Twitter and replying to messages on WhatsApp. A dyed-in-the-wool digital native, Sanjai grew up during the rise of social media; the 22-year-old is now a brand strategy associate in Mumbai. Her morning habit of slipping into the endless abyss of social media is common among many in her generation and profession. Nearly 1 out of 4 people admit to indulging in it. According to research by Broadband Search, in 2018, the average person spent 144 minutes per day using social media networks.

Recognizing when you’re going overboard with your social media use and trying to curb it is not an easy task. But, what about jobs where spending long hours on social media is a requirement?

“I can easily spend between six-seven hours a day on different platforms, I’m never really off social media,” Sanjai told Re:Set. Working at an agency requires her to perform brand audits and be in the know of upcoming trends which means that staying updated is crucial. “Especially as the youngest person on the team, knowing what’s trending and what’s new is expected of me and affects how others perceive me.”

Whether it’s journalism, advertising or even content creation, people who work in new media spend hours online scouting for news pegs, conducting social media audits or searching for the next viral meme. While the initial intention of going online might be work-related, a distraction is just a click away. The Udemy 2018 Workplace Distraction Report identified social media as the cause of 56% of workplace distraction; and for people who work with social media, going down different online rabbit holes is inevitable. “Out of the total time I spend on social media, only about 30% of it is actually productive,” 24-year-old Devika Goel, a senior account executive at a digital agency, told Re:Set.

More The Number Of Hours Spent Online, The Higher The Risk Of Addiction

“If people are spending more than five-six hours online every day, we can consider it an addiction,” Dr. Ketan Parmar, a Mumbai-based psychiatrist who specializes in addiction, told Re:Set. Regardless of whether they’re online for work or leisure, “there is a visible loss of concentration. Innovative ideas decrease because they have less time to think,” Parmar said.

Social media creates a different world and it’s easy to get caught up with the numbers, whether it’s related to likes, followers or even impressions. Parmar believes that this incites unhealthy feelings of jealousy and resentment.

“Instagram makes me feel bad about my life and Twitter doesn’t make me feel smart enough. That’s how social media affects my mental health,” Aditi Murti, a 21-year-old journalist at a digital publication, told Re:Set. She confessed she’s almost always attached to her phone, spending hours on end scrolling without realizing. Her job requires her to trawl through the internet for hours searching for viable news stories. For her and many others in the media industry, going off the grid and being off social media platforms is simply not an option. So can social media overdose be considered an occupational hazard? Parmar believes it can.

For Devika Goel, spending too many hours on social media led her to compare her lives to the unreal ones she saw online. Photo Courtesy: Devika Goel

“If people are exposed to social media for many hours because of work, we can term it as an occupational hazard because of the negative effects it has on mental health,” he said. Parmar explains that using social media causes the release of dopamine, also known as “the happiness hormone,” which makes you feel good momentarily. “Spending long hours on social media makes you used to that constant rush. And when it’s not there, you begin to feel low, you start craving it again.” He detects that this sets off a vicious cycle of being addicted which takes away from a general feeling of well-being. This further goes on to affect the way people perceive themselves and their relationships.

“Seeing the perfect lives of people on my dull days would invariably put me in a spiral.”

Fixating on a particular thing she’d seen online is a problem that Goel says she faces. She describes it as a constant ringing in your head to the point where you’re no longer able to think about anything else. Like Murti, Goel too believes that her time spent on social media stirs up negative emotions frequently. “When it came to my mental health, seeing the perfect lives of people on my dull days would invariably put me in a spiral. It would often interfere in my decision-making process and make me question a lot of things which would otherwise be going perfectly.” For Sanjai, it was at phone-free workshops that she realized how fidgety she is when she’s not constantly online and how being on social media has detrimentally affected her ability to concentrate. According to her, being more active on certain platforms like Twitter can also raise fears in people’s minds that they’ll be the next to be ‘called out’ or ‘canceled’ because of the inherently reactionary nature of the platform.

Both Sanjai and Goel say that their social media habits have raised concern among their friends and families. “It affected relationships to a great extent because my need to be constantly updated would always interfere with the time that I would spend with a loved one,” Goel remarked. “Both friends and siblings have asked me to change my habits.” Meanwhile Sanjai has noticed her friends’ irritation over her phone behaviour. “I try to put my phone away and be present in the moment, mostly because my housemate leads by example now.”

If social media overdose is indeed an occupational hazard, we asked the women whether they felt that organizations should equip employees with tools and tips to handle it in a healthier manner. Most of them felt that it is a shared responsibility between employees and employers. However, as things stand, individuals do take the onus for their mental health. Organizations can help by hosting sessions on recognizing the signs of social media addiction and tackling them, by providing access to support through employment assistance programs, wherein employees gain access to care providers at a discounted price or for free, and by activating peer support networks like workplace mentorship and buddy systems.

So what tips have helped them wean themselves off constant social media usage? The most common one was putting their phones on airplane mode or switching it off before bedtime. After spending hours scrolling through social media for work, Murti goes back to the basics to Re:Set. “The only thing that has worked for me is keeping my phone away across the room when I read at night.”

Acknowledging the problem has been a major milestone for these young professionals, and it has been a continuous process to wean themselves off their devices. Even so, putting your phone aside after long hours of use can induce ‘phantom vibrations’ or ringing, a symptom of smartphone overuse. Studies reveal that people may often feel phantom sensations which make them think that their phone is actually vibrating or ringing, when it is not. “When I first started putting my phone off, I felt these phantom notifications, and that’s when I realized how addictive the need is to pick up your phone is,” Sanjai said.

No Longer a Boys’ Club: Stories From Women in Male-Dominated Workplaces
Comparing Notes: People Tell Us What They’re Talking About in Therapy