How to Foster a Racially Inclusive and Diverse Workplace 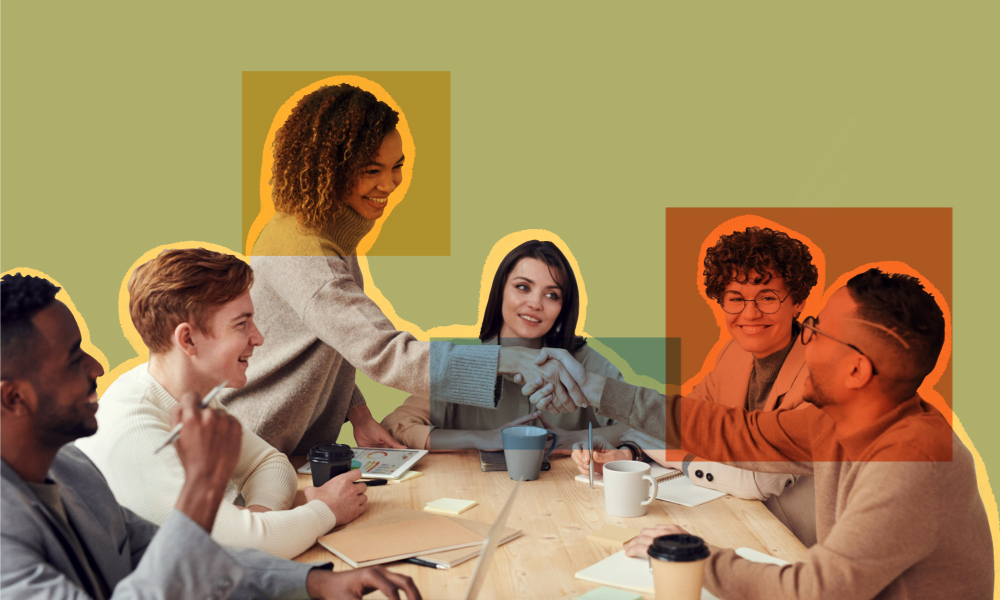 To make the workplace less stressful, it is the responsibility of both the employer and employees that aren’t being subjected to bias, to ensure an environment of inclusivity. Photo courtesy: Unsplash

Across the U.S., black people are dying from COVID-19 at a rate of 2.5 more times than white people. The fear of COVID-19 along with the news about George Floyd’s killing has once again sparked a conversation about racial injustice throughout the world, making an already difficult time harder for people of colour the world over.

The need for racial awareness is also present at work where microaggressions and pay inequality among other factors can make it harder for people of colour to climb the professional ladder. To make the workplace a less stressful affair, it is the responsibility of both the employer and employees that aren’t being subjected to bias, to ensure an environment of inclusivity. They must not only be aware, but sensitive as well. A poll by CNN found that 69% of black respondents in the U.K. believe that they have less opportunity to succeed professionally than white people.

“I have faced racism before, especially because of my hair,” Johnny Montero, a London-based black activist, artist interpreter and translator, told Re:Set. “I was once told at my workplace that my hair was not professional, but my other colleagues were allowed to wear their hair as they pleased. I spoke about this situation to my peers. They supported me in our private conversations but remained silent when I spoke to my manager about it.” This disappointed Montero, making him feel hopeless and ashamed, questioning whether his feelings were justified. His employment was eventually terminated because he refused to comply with the company’s rules about his hair.

Montero was told at work that his hair was not professional, but his colleagues were allowed to wear their hair as they pleased. Photo courtesy: Johnny Montero

Earlier this year, Sarah Clifton, a black former attorney, sued the American Civil Liberties Union for Southern California for wrongful termination, according to a report by CBS. Clifton said she was fired for speaking out about being subjected to racism in the workplace.

Sometimes racism at work can mean not getting appropriate recognition for your contributions. People get promoted due to their skin colour or background, instead of people of colour who were doing the same job, sometimes better, shared London-based Komal Doshi, an HR executive at a company that specializes in technological solutions. “You don’t see the same movement for them [people of colour]. [Racism] happens daily. It’s not just this odd thing that happens in the news,” she told Re:Set.

“Racism starts from ignorance, so the first step is ensuring that employees are educated on what racism is.”


“It is daily suffering. We have to be aware of that, a lot of people of colour that we may hire, have experienced racism. Racism is a generational trauma, and affects people’s beliefs about themselves, so at the slight chance that they haven’t experienced, it still affects them,” Doshi added.

Education and awareness about racism in the workplace are crucial. “Racism starts from ignorance, so the first step is ensuring that employees are educated on what racism is, what acts constitute racism and acknowledging that they might still have racist tendencies, and should accept and actively change their behaviour when being called out for them,” Montero told Re:Set. Doshi also talks about the importance of maintaining a comfortable environment at work that encourages people of colour and otherwise to speak up about discrimination. “In the United Kingdom, there’s a strong emphasis on banter. And a lot of lines that can be crossed in that,” she added.

According to Doshi and Montero, the following measures can be put in place to foster a diverse and inclusive environment.

An inclusive workplace fosters more innovation and creativity according to research by Forbes “Among companies with more than $10 billion in annual revenues, 56 percent strongly agreed that diversity helps drive innovation,” the study showed. While companies across the globe have started speaking out against racism, it will take more than just structured policies to be put in place to truly make the workplace inclusive.


“This must happen in our everyday lives, we should educate ourselves and others in our communities. Whether you are coloured or not. We need to call out racism or any other kind of discrimination when we see it, even the ‘smallest’ ones,” Montero added. “That way, we will all be contributing to a better, more diverse and accepting future.”

Twitter Draws Criticism From the Deaf Community Over Inaccessible New Voice Tweet Feature
‘Will You Die Before Me?’: What to Avoid Saying While Dating a Chronically Ill Person