How a Puppy Helped Me Grieve and Find Joy in Life 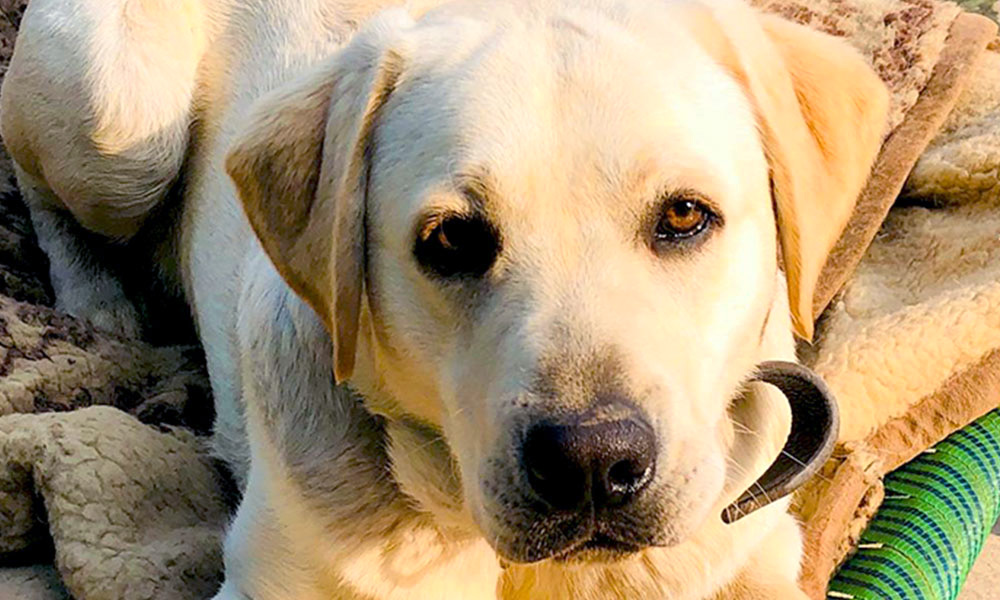 For a major part of last year, I found myself shrinking away from human company. Intense grief has a way of altering our social links; it can fray life-long relationships, or it can open the door to a complete stranger. There are new layers and meanings added to the inner circle of our social lives when we cope with tragedy.

In the days following my mother’s death, I became trapped in a mental cycle of hazy numbness interrupted by bouts of anguish that I can only describe as hellfire. The world had lost its balance for me; and for reasons unknown, I found some semblance of an equilibrium in a newfound focus on other people and their inability to understand my pain.

I became aware of a world that felt wildly “absurd and inappropriate” as Michelle Obama wrote in “Becoming.” I was noticing small unsavory details about people — how someone changed the topic too abruptly or laughed too soon after expressing their condolences, or how someone crafted their words too carelessly. If someone didn’t call or visit, I was immensely hurt. This new power other people had over my emotions was startling. In response, I shut myself out from the world.

A month after my loss — still in the full throes of my woe — half-asleep on the living room couch in the middle of the day, I had a strange dream about a little puppy (full disclosure: my sister and I had already been discussing getting one). We have always been dog lovers, but I took this dream as a sign that was connected to my grieving process.

Duke, an energetic Labrador, came into Maria’s life after she had a dream about adopting a puppy.

We immediately got a yellow Labrador Retriever and named him Duke. Our days became consumed with him. We were hand-grinding his meals three times a day because we assumed it would help him chew better. We were learning new things about Labradors — that it was OK to let puppies nibble on you to aid with the development of “biting inhibition” then reading that this actually made biting worse, and chiding one another. We were constantly cleaning up after him. Taking him for walks. Laughing hysterically at his antics.

I needed him to escape the realities of my new world and I was beginning to love him deeply.

Then came the first birthday celebration at home. I remember Duke barking anxiously from another room while we were cutting the cake. Maybe he could sense the ghosts of celebrations past. Maybe he was uneasy about being alone. Or maybe he could just smell all the food. My heart was torn between rushing to him and staying at the party.

When I finally went to him, he began to jump up and down as soon as he saw me. The sight filled me with emotions, and I broke down, unsure what the tears were for. That night, I stayed with him for a long time, placating him, but perhaps more so myself.

Duke was beginning to exhibit a strong personality — jumping excitedly on visitors, having bursts of energy that destroyed everything in its path, and making sure our clothes were never, ever clean.

After the loss of her mother, Maria turned to Duke to help her process grief and cope with loss.

Every morning, I would wake up and go to him first. He would look at me with droopy eyes, stretch with his downward-dog pose (yes, yoga didn’t invent that), yawn widely, and then give me a lovable death stare in anticipation of his meal. I would watch the warm morning glow spread across the horizon as he ate. We’d stay together for hours — Duke sniffing and causing havoc in the flower pots while I read a book, or did nothing. Now that he was getting bigger, taking him for a walk was a physical feat — it was more of a run that consisted of me restraining him with a leash and a bunch of neighborhood kids shrieking and running ahead.

One day, after he turned nine months, I was sitting outside on the ground beside him. I looked down at my clothes and realized how muddy they were.

It dawned on me what a sharp contrast this was to what I’d been less than a year ago. My life had been a caffeine-driven pursuit towards perfection that I had mistaken for happiness. I was obsessed with making progress in my career and personal life, all the while working out regularly and stressing over any small thing going wrong. When I had received that phone call about my mother, I had stopped dead in my tracks.

The numbness and agony that followed made my pursuits feel meaningless. I couldn’t make sense of what I had been striving for and what I was striving towards. Being in the non-human world with Duke for so long allowed me the time and space to develop a new perspective towards life.

Being with four-legged friend has given Maria the space to reflect on her life and be more mindful.

In this world, there was no structure of time, just the natural movements of the sun and the moon. It felt as if the Earth was opening up before me in all its vast expansiveness, forcing me to slow down, open my mind, and think.

There were no pretenses here, no agenda. We sat together just because we enjoyed each other’s company, and nothing more (sure, occasional treats were involved).

He helped to sharpen the beauty of the natural world for me. I noticed things that I never had the time for. Things that had been nothing more than an image whooshing past the rearview mirror of life. Things that were considered boring. The early morning glow. The birds that propped up on the electric wires and made Duke’s ears perk up.

Also read: “A Window to My Soul:” How Art Therapy Helps When Words Can’t

The material world had pained me. The things that my mother left behind now looked like carcasses from another life. Entering my house for the first time without my mom felt surreal. Everything had been stripped of life. Duke helped bring my attention to the natural, more permanent world.

All those moments that I was sitting with him, doing embarrassingly very little valuable work, were some of the most valuable things I had done with my time. He made me see that this is it. This is life. The mundane. The boring. The daily. The highs and lows, the joys and grief are ebbs and flows that momentarily fill in the spaces between real, ordinary life. This ordinary life is what is so extraordinary.

“Being in the non-human world with Duke for so long allowed me the time and space to develop a new perspective towards life.”

Most importantly, Duke taught me to honour differences. He showed me that a being so different from me could have the ability to impart such wisdom, calmness, and joy.

Slowly and gradually, I saw other people’s inappropriateness not as a matter of ignorance or cruelty, but as a reflection of their own life experiences.

My mother’s loss is huge. It will always sting. On bad days, it will even break me down. But I am grateful to acknowledge that I am developing the ability to work through my emotions and carry forward in this world. I am also aware of my acute privilege in being able to say so.

Amidst my grief, Duke provided me the time and space to reflect on life, on my own fallibility, and, in that process, find compassion. And so, I finally picked up my phone, and reached out to someone.

Meanwhile, Duke continues to have a mind of his own. He is known to still overwhelm visitors with a curiosity that will almost always make their clothes dirty.

Maria is a writer based between New York City and Islamabad. When she’s not working for an international development organization, Maria can be found passionately discussing gender, politics and cooking up a storm.