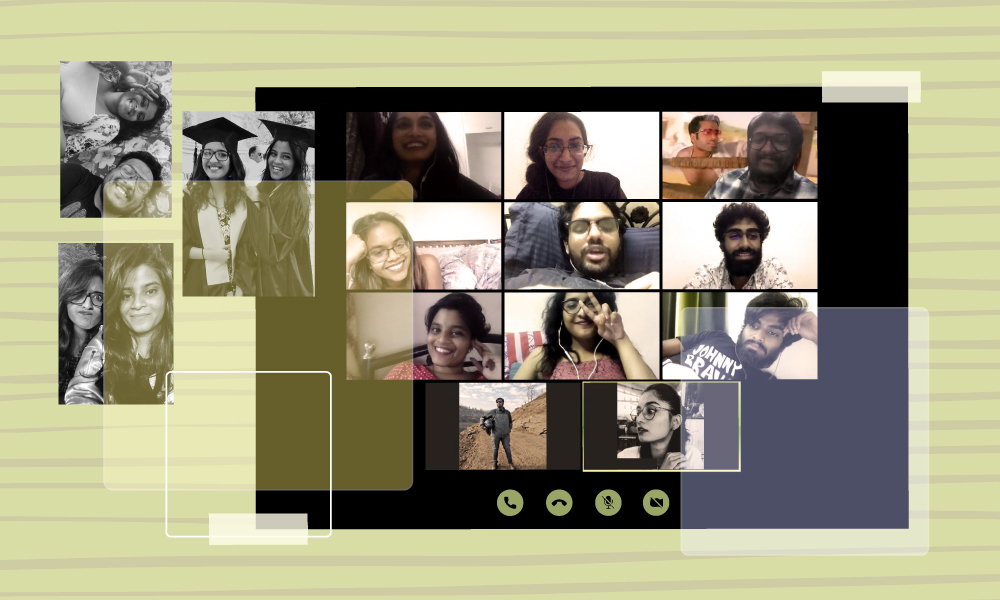 It became a test of our friendships to condense our connections into a purely virtual one. Photos courtesy: Sherina Poyyail

“OK bye, see you soon,” I said to my best friend as I stepped out of her house in early March. As journalists, we both knew the COVID-19’s impact would be far-reaching, but it didn’t strike either of us that this would be the last time we’d see each other for months to come.

For years, every other weekend meant congregating at someone’s house, drowning our misery in copious amounts of alcohol, complaining about our jobs and our failed attempts at learning the ropes of romantic relationships. Most of my friends and I had lived within a two-mile radius of each other throughout college and then moved to Mumbai after graduation within months. The majority of our time together was spent surrounded by the soft glow of a TV blaring music and the haze of cigarette smoke; the friendship felt breezy, but often one-dimensional.

Suddenly removed from the realities and routines of our everyday, lockdown blues hit all of us at different points of time; while some retreated inwards, others took the step to reach and ask for support. It became a test of our friendships to see how far one would go to overcome the challenges imposed by the lockdown and condense that connection into a purely virtual one.

A picture from the last time we met in early March before the country-wide lockdown was implemented.

A couple of months into the lockdown, I remember texting my friends telling them that I was exhausted and had no strength left to function even though the day had just begun. They echoed similar emotions. Little by little, we coached each other out of the cloud of sadness and emptiness, and propped each other up till we reached some semblance of being functional human beings. “I sent one email,” I wrote to them, “Woo, good job,” came the instant response.

Something about living through unprecedented times brings out the vulnerabilities in people.

Now nearly five months in, it is not uncommon for my friends and I to talk openly about not having the will to live anymore. We aren’t suicidal, we simply do not wish to exist in the current world. But, there is always someone to remind us of beaches, beers, and better times, asking us to slow down when we’re overworking to not deal with difficult families.

Friends are no longer just sources of entertainment but essential lifesavers when a near-apocalyptic situation has engulfed us.

For others on the periphery of my social circle, with whom my connection was mostly sharing random moments at parties or bars, there was no more small talk to be made. Something about living through unprecedented times brings out the vulnerabilities in people and that’s when conversations took turns that they normally wouldn’t take when surrounded by too many people and loud music.

From opening up about going to therapy to experiencing intense depressive spirals, I saw sides of my friends I hadn’t seen before. Anyone with male friends can attest to how difficult it can be to get some of them to share their emotions, but living through these times softened those barriers between us and made the relationship more real.

In your 20s, it can be easy to get caught up in the whirlwind of staying on top of work and life, but the pandemic forced all of us to slow down. As someone began pulling out old pictures from well over half a decade ago, the passage of time dawned upon us. It gave us a chance to relish the fact that together, we’d grown from floundering teenagers to full-fledged adults, albeit, still a little lost.

The Reluctant Return: Young Indians Are Moving Back Home Because of COVID-19

How My Friendships Evolved During the COVID-19 Lockdown