How My Experience With Vitiligo Shaped My Ideas of Beauty 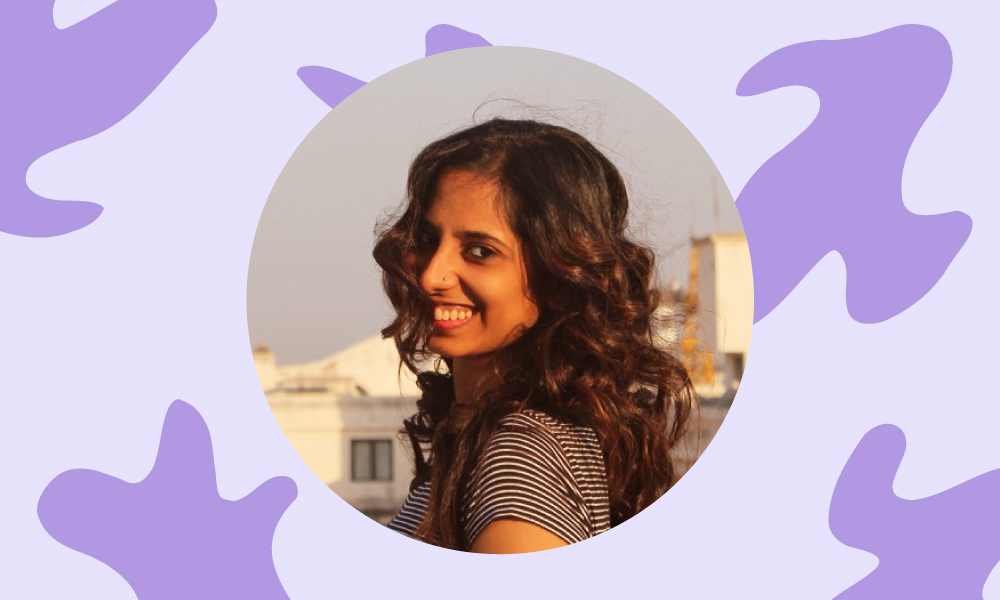 The author was diagnosed with vitiligo at the age of 19. Photos courtesy: Shreya Giria

I always wanted to be perfect. There, I said it. And it’s true. And I tried and tried. Perfection was just one scrub, one hair pack and one more sleepless night of revisions away, one more try and we’ll get there. And sometimes, I damn near succeeded as well.

When I was 19 I, like many others juggling between non-stop assignments and constant exams, was stressed. My mother noticed a strand of grey hair on my head and we joked about it. It was unusual, I was a little taken aback but I shrugged it off. It was what it was.

A few times right before rushing to college I’d take a quick look in the mirror. I saw small light patches near my right eyebrow and my ear and the grey hair started showing up with increased frequency.  At this point, people started noticing, but they didn’t get the memo that maybe sensitivity would be helpful. My family assumed I’d be OK in a few months.

Turns out the “it’ll go on its own” approach wasn’t working this time. My solution was to not look in the mirror as looking at the changes in my body made me uncomfortable.

After multiple doctor visits, some which made me feel worse and frighteningly alone, I visited one dermatologist who took the time to ask me how I was doing — how I was really doing. I wasn’t prepared for that kindness and after a bout of tears (from my side), he helped me with facts, a realistic prognosis with do’s and don’ts that could help me. He diagnosed me with vitiligo, a depigmenting disorder of the skin, where pigment cells (melanocytes) are lost resulting in stark white patches of skin.

I recently spoke to Dr. Mikhika Noronha, to help me understand the myths and facts about vitiligo, and she told me how she often notices stigma in patients with vitiligo. People associate it with leprosy and ignorance and a lack of awareness means the person with vitiligo is kept at a distance.

My solution was to not look in the mirror as looking at the changes in my body made me uncomfortable.

Many people can’t afford treatments as well. I was one of the fortunate and privileged ones who could afford consultations and access to the required treatments.

As it happens, my skin got regimented.


Until after a couple of years, it recurred.

In between these processes was a lot of denial — “No it’s definitely nothing,” self-flagellation, “Did I do something wrong?” and hyper-vigilance with every new spot that appeared.

A constant undertone of intuitively keeping it a secret didn’t help my mental well-being. At the time, there was no representation of a person with vitiligo seen as confident, happy and feeling OK with who they were.

I realized that it is rather difficult to love yourself and your body when you’ve spent a lot of time shaming and blaming. We talk about unconditional love, but for a lot of us, unicorns are easier to believe in.

At that time, I sometimes wished that I had a disease that could be painful, but not visible like this was. At least I wouldn’t be obviously marked, but now I know better. Instead of thinking that this should be a secret that no one should know, I decided to let selected people in on my experience. Instead of thinking that I would never be attractive or wanted, I moved to allow myself to simply be which was attractive, and defined beauty standards in my way.

It look Giria time to stop blaming her body and instead accepting and embracing it.

Instead of being worried that I would not be given opportunities to work, I focused on trying without worrying about the outcome. If I don’t get one job, I would keep trying till I do.

Instead of internalizing messages that I would not be loved, I really needed to unpack that and realize that I was completely 100% worthy of love.

Instead of thinking that I would never be beautiful, I started becoming alive to the reality that I did not owe the world my beauty. That I couldn’t define it, and I didn’t have to.

Instead of despairing that looking in the mirror was never going to be enjoyable, I started looking at myself in the mirror. One step at a time, I started noticing things about my body that weren’t about depigmentation and even if it was, it wasn’t a tragedy, it was what it was.

I don’t have too many visible patches now. I do have remnants of it though — physically and emotionally.

I started becoming alive to the reality that I did not owe the world my beauty.

The reason that more than a decade later I am willing to put words to my experience and share it is because I’m tired of keeping this a secret, tired of feeling like a fraud waiting to be found out, and once it gets found out, all the opportunities I have will be taken away.

I’m tired of thinking that I’m not worthy, that I’m unlovable, that I can’t be a woman who owns her body, her desire and her plans. I am exhausted by the idea that anyone has to feel like their bodies aren’t a fabulous meeting of elements, of the idea that we can be disgusted by the colour of our skins and justify not loving ourselves.

Shreya is a therapist based in Bengaluru, India. She works with young adults on body image, setting boundaries and understanding systemic oppression. Apart from zoning out and thinking about life like she’s in a 90’s music video, she loves reading, writing poetry, and playing board games.

Also read: Why Teenagers Are Feeling the Pressure to Lose Weight During the COVID-19 Lockdown